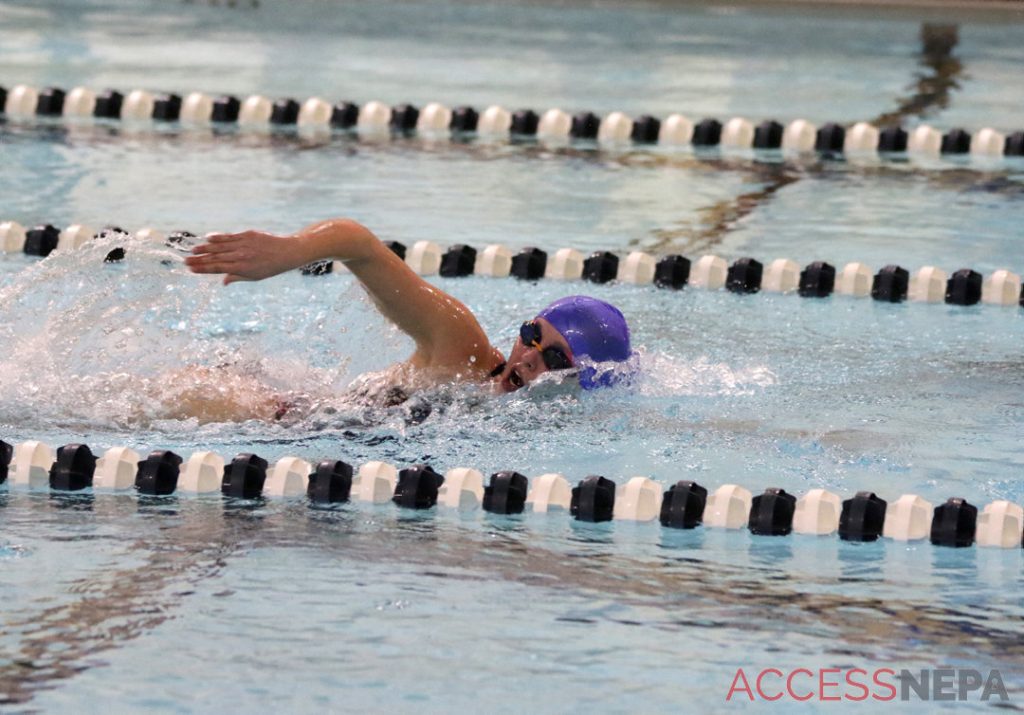 Maddie Borders never shies away from a challenge.

Whether it’s swimming the choppy waters of Crystal Lake, racing in pools or on tracks, biking or running, or even climbing a massive volcano shield mountain in Hawaii, the Carbondale Area sophomore pushes herself and refuses to give in to limits.

A multi-sport athlete, Borders is a swimmer in the Lackawanna League who carries into her meets a competitive spirit and fearlessness she developed through training for triathlons and a half marathon.

About six years ago and thanks to a suggestion from her friend Audrey Cobb, Borders went to her first swimming practice for the Valley View Barra Cougars.

She got hooked that day.

“It sounded like so much fun and I told my parents, I was going to do it,” Borders said. “I showed up and I couldn’t stop smiling.”

Her love of sports was strengthened at home. Her father, Craig, is an accomplished triathlete. She would often join him on training sessions, and she started to develop as an athlete.

She is committed to her workouts and the time and effort required to succeed in grueling triathlons that test endurance in biking, swimming and running. Borders has competed in 12 events and has finished first in her age group.

“We swim across the lake with one in the water and the other next to them in a kayak,” her father said. “I honestly think she can go far in swimming and in triathlons. I don’t want to be a helicopter parent, so I give her a month-long schedule with workouts and it is not mandatory. She does what she can. I want her to love it and enjoy it all on her own.”

While the triathlons test her resolve, Borders won’t back down.

“I have completed every single one I entered,” she said. “During the training, the pain and suffering, the blisters upon blisters and the shoulder pain, the cost, it’s tough. But I want to stick with it because it’s important to me to finish what I start.”

Each time she finishes, it is a rewarding time for her father.

“It’s awesome to watch her,” he said. “I get more joy out of seeing her finish than I do competing myself. She is a fierce competitor in everything she does. At like 12 or 13 years old, she did a triathlon in New York, and the women all competed together, and she was the second female out of the water and I was blown away.”

Last winter, Borders competed on an exhibition level during the regular season because Carbondale Area doesn’t sponsor varsity swimming. She finished 10th in the 50-yard freestyle (26.85) and 14th in the 100 backstroke at the District 2 Class 2A Championships.

But when it came time for track season, the coronavirus pandemic forced the cancellation of spring sports.

Rather than sit back, Borders started training for a half-marathon. She teamed with her father to run from Forest City to Valley View High School. Friends, family and teammates lined parts of the course to cheer them on and help push them to the finish line. 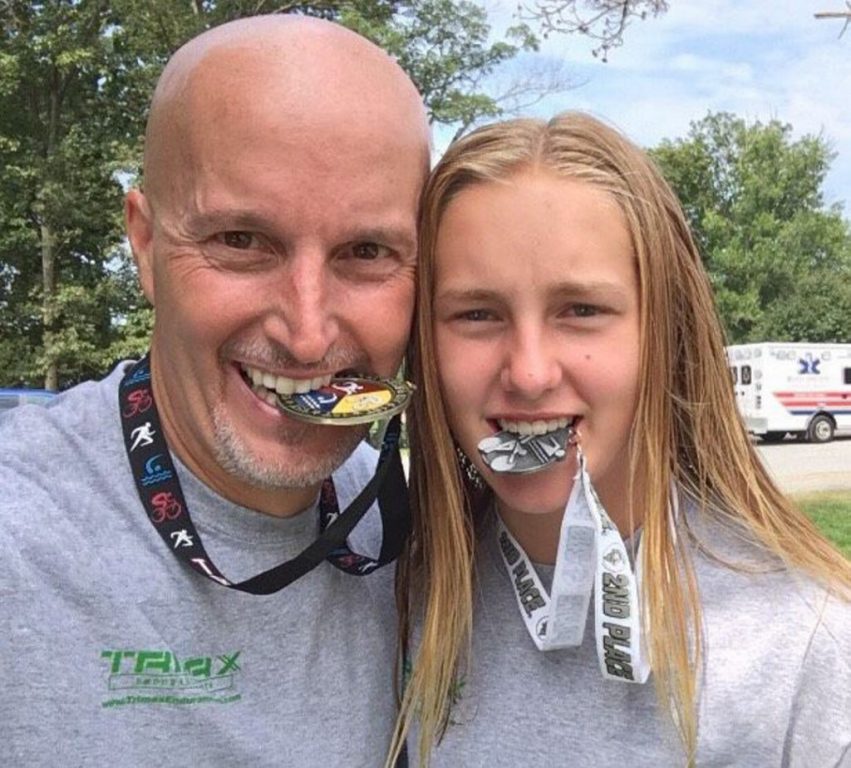 SUBMITTED PHOTO
Maddie Borders, right, and her father, Craig, train for and compete in triathlons together.

“It was so tough being sheltered that I decided to train for my first half-marathon in Philadelphia, but that got canceled,” Borders said. “My dad trained with me and we put on our own half and started in the middle of Forest City and we finished at Valley View.

“Everybody wore masks and we all stayed six feet apart and all my swim friends and school friends were there at the finish and all I wanted to do was give them all a big hug and thank them for coming.”

In addition to athletics, Borders is equally committed to school. She is on the distinguished honor roll, a member of the National Honor Society and active in several clubs. Those include the Crystal Lake Polar Bear Club where as a founding member she plunges into the frigid water each New Year’s Day.

“I will just say that it is very cold,” Borders said.

As the swim season finally gets going, Borders, who trains at the Greater Carbondale YMCA, has set her sights on the medal stand at the district championship meet.

She had a strong race in the 50 freestyle against Abington Heights with a time of 27.53 and another in the 100 backstroke in the opener.

“My goals are in reach.”