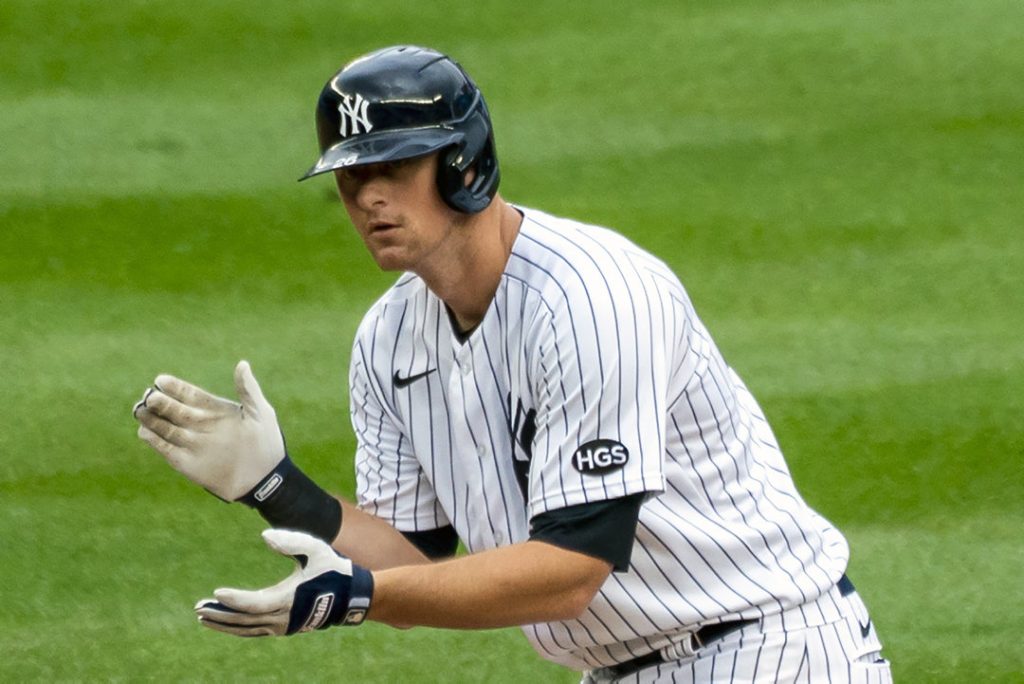 Yanks not yet improved as season approaches

Michael Brantley is heading back to Houston, agreeing to a two-year contract with the Astros on Wednesday, and that makes this as good a time as any to mention a belief I had when free-agency started back in November: The New York Yankees would have been smart to sign Brantley.

Brantley is the exact type of free agent this franchise would have pursued in different times. He’s a quiet, productive player. He’s a winner. The last five teams for which he has played in Cleveland and Houston have been to the playoffs. He has played in two World Series and three American League championship series and over the last six seasons. He has been a .306 hitter with an .841 OPS who has averaged 94 RBIs per 162 games. He is a slick lefty bat who would have slotted nicely into the top half of an extremely right-handed Yankees lineup.

Bringing him to the Bronx would have made a ton of sense, and in a different world — one in which, perhaps, the Yankees could have swung a trade for an affordable and dominant starter like the Reds’ Luis Castillo around slugging left fielder Clint Frazier — maybe general manager Brian Cashman would have made a winning push toward it.

But as it stood Wednesday, Brantley ending up in a different locale should be a stark reminder to Yankees fans and the team itself that this offseason has not been an entirely successful one. That if the goal is to build off another near-miss in 2020, they still seem a Judgeian blast shy of that mark.

The Yankees have made three significant moves so far this offseason:

If you believe reports that the Yankees are determined to stay under the $210 million cap to avoid paying luxury tax this season, it’s also fair to assume they’re close to being done.

According to Fangraphs, their salary currently stands a few bucks below $201 million.

They’re going to add a starting pitcher, and the hope is they can get a reliever. But when you’re operating under a self-imposed cap of sorts, the numbers work against major moves.

So while getting the relentless LeMahieu back at the top of the lineup at the price they did certainly stands as a hot stove victory, the holes on the pitching staff right now are gaping.

Masahiro Tanaka, J.A. Happ and James Paxton, three pitchers who have serious questions in their own right, hit free agency after last season and have been replaced in the rotation with…what, exactly?

Kluber, a one-time horse who is three years removed from his last good season? It’s not enough, especially when you consider the Yankees also have a bullpen that fell apart as the 2020 season progressed. That hasn’t been added to this offseason with a single better piece than was in it last October.

It’s clear what the Yankees hope for, and there’s no call not to want it.

They want what they have to be better, because largely, it’s a young core loaded with players inching toward their prime. The Yankees can legitimately expect to be better in 2021 than they were in 2020, because they have legitimate reason to think guys like Frazier and Gleyber Torres and Luke Voit and Gary Sanchez will be better. If they can keep Aaron Judge and Giancarlo Stanton and Aaron Hicks healthy as well, that’s quite a few more wins, too.

All of it seems like a lot to ask, though. Torres took a slight step back last season, and Sanchez took a major one. Is it fair to think Voit can be better than in 2020, when he led the league in homers and should have gotten more MVP consideration? Judge and Stanton, meanwhile, are freaks when they’re in the lineup, but have proven the last few seasons to be among the more fragile stars in the game.

And while the Yankees count on them, the Toronto Blue Jays signed the durable and dynamic outfielder George Springer, adding him to a group of rising stars like Vladimir Guerrero Jr., Bo Bichette and Cavan Biggio. With them, the Blue Jays offense could rival what the Yankees have on the field on their best days. The Astros lost Springer, but they are hoping speedy prospect Kyle Tucker can build off a strong 2020 and replace him in a lineup that now has Brantley to protect him.

Just a reminder, too: As the Jays got better, the Yankees of 2020 also looked a mile behind the American League champion Tampa Bay Rays, who remain their most ardent challenger this season.

One of two things are going to have to happen for the Yankees as spring training approaches. They’ll need to figure out a way to add significant experience to their major league roster and stay in the vicinity of the $210 million limit, or they’re going to need to pay into the tax and go for it.

That latter seems like the quickest way to get where it needs to go, considering how quickly others have surrounded them.

The Yankees’ youngsters have gotten them to the cusp of the World Series several times in the last few years, but they clearly need some reinforcements to break the tape. That kind of thing costs money, for sure. But a few dollars have never been the barrier to a championship for this team before.