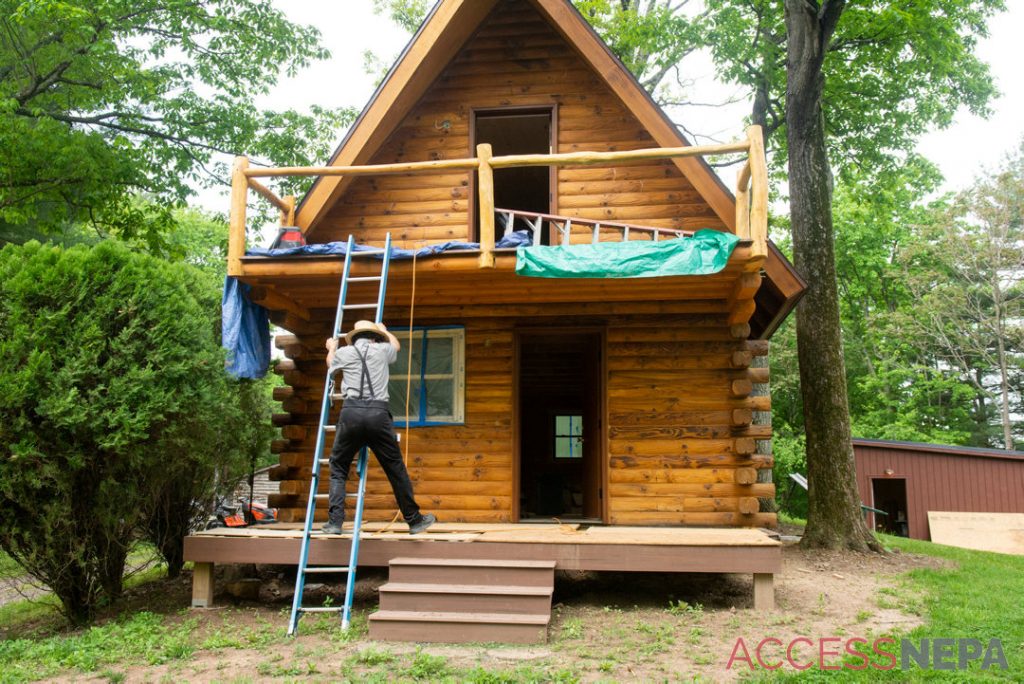 When Muhammad Ali’s former training camp, Fighter’s Heaven, reopens to the public, visitors will see a new feature on the Deer Lake grounds.

The A-frame structure where Ali’s wife, Belinda, and their children used to stay is under renovation, according to Sam Matta, camp facilitator.

“It had been shuttered. It’s been gutted and is being completely remodeled. They’re moving ahead vigilantly,” Matta said Tuesday.

Construction crews recently resumed their work at the 58 Sculps Hill Road location near Orwigsburg where the heavyweight boxing champion trained for some of his bouts.

An average of 125 to 150 people visited Fighter’s Heaven on the weekends last year, and a few others visited throughout the week, according to Matta.

“We were really expecting a banner season this year. We’re disappointed, but not discouraged,” Matta said in regard to planning a time to reopen amid the COVID-19 pandemic. No date has been set yet, Matta said.

Fighter’s Heaven has been recognized for its historic preservation efforts, receiving the Community Initiative Award in November from the Pennsylvania State Historic Preservation Office. The camp was also notified it will receive a Pennsylvania historical marker approved by the Pennsylvania Historical and Museum Commission.

Fighter’s Heaven will host a special event this year to celebrate the recognitions, according to Matta.