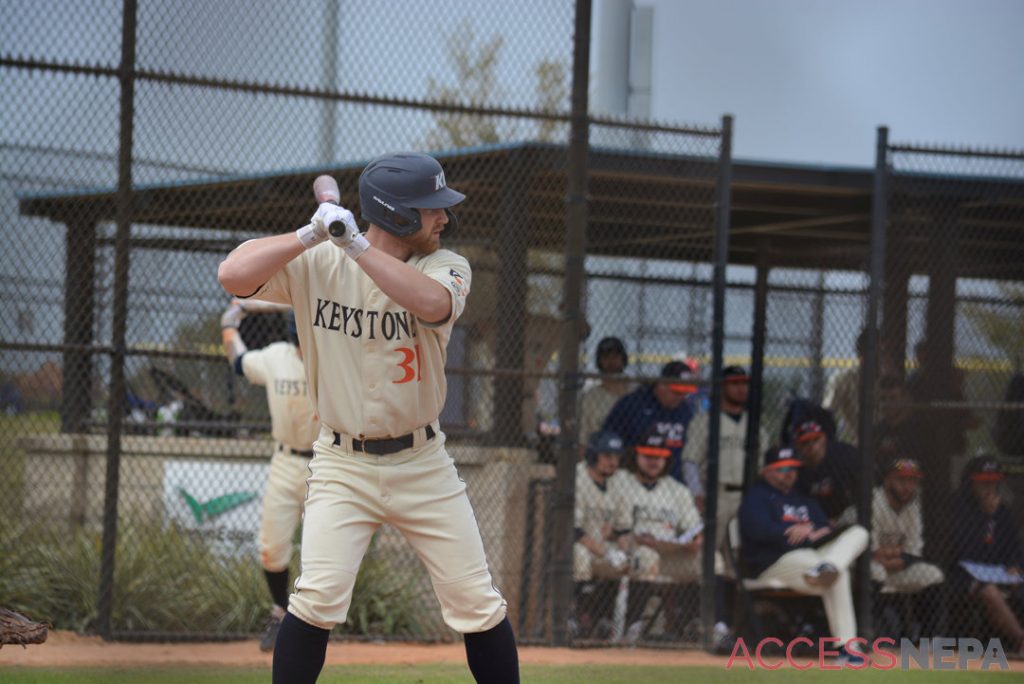 For Keystone’s Kelly, comeback is only on hold

For some athletes, the news rated as nothing short of devastating. Others tried to pass it off as a small bump in a long road, a sad personal chapter in a plan written by a greater power, the fall before the rise, and plenty of other familiar cliches that happen to fit such a crazy, uncertain situation.

To Adam Kelly, it just figured. He tries not to look at it that way, of course. But he’s had too many large bumps on short roads, his share of unfortunate personal chapters in a promising career, too many falls that were supposed to lead to this ultimate rise. Who could blame him if he did?

For the Keystone College outfielder and Beach Lake native, the 2020 baseball season had been circled and underlined, officially for a year, but in actuality for half a decade of fighting through adversity. Half a decade of shoulder injuries that resulted in two significant surgeries. A college career spent worrying when the next injury might come. A 2019 season spent mostly watching, recovering from his latest trip under the knife.

For the first time since his All-Region senior season at Honesdale High School, Kelly said he entered the 2020 campaign for the Giants healthy, ready to lead, prepared for the next step in his career. And, that showed. In six games, he went 11 for 20 (.550). Five of those 11 hits went for extra bases; three were home runs. He knocked in eight runs. He boasted an other-worldly OPS of 1.671. He was leading his Giants by example. Everything, finally, was falling into place.

“He was on pace to break some serious records,” Keystone head coach Jamie Shevchik said. “I mean it when I say this: I’ve been coaching baseball long enough to know when a kid is dialed, and he was dialed in. There wasn’t a pitcher in the country that was going to dominate Adam, at any point.”

But with the COVID-19 pandemic shutting down Keystone’s season, Kelly’s comeback got halted, as well.

“We were losing a lot of seniors, a lot of big bats out of our lineup, and I wanted to be the guy to step up and carry the offense,” Kelly said. “That can’t happen, and it was tough to see it go like that, especially when I was swinging so well.”

Kelly’s baseball career would read like a Greek tragedy if he didn’t offer so many successes in the face of the catastrophes.

He did what a lot of prospects do coming out of high school: He chose a program simply based on it being bigger, College of St. Rose, a Division II school in Albany, New York. He lasted a semester, realized it wasn’t for him, and enrolled at Keystone. He’d call not going to Keystone right out of high school “his biggest regret,” because of how quickly he took to the Giants’ program.

“His freshman year, I’m thinking, ‘Man, if anyone has a chance to get drafted …’ ” Shevchik said. “If you can predict something like that four years down the road, a guy playing professional baseball, I’ve said a handful of times it was Adam Kelly.

“When he first came to us, he lived up to every expectation. … You saw the signs of what he could do. He was way advanced above his class and his age.” 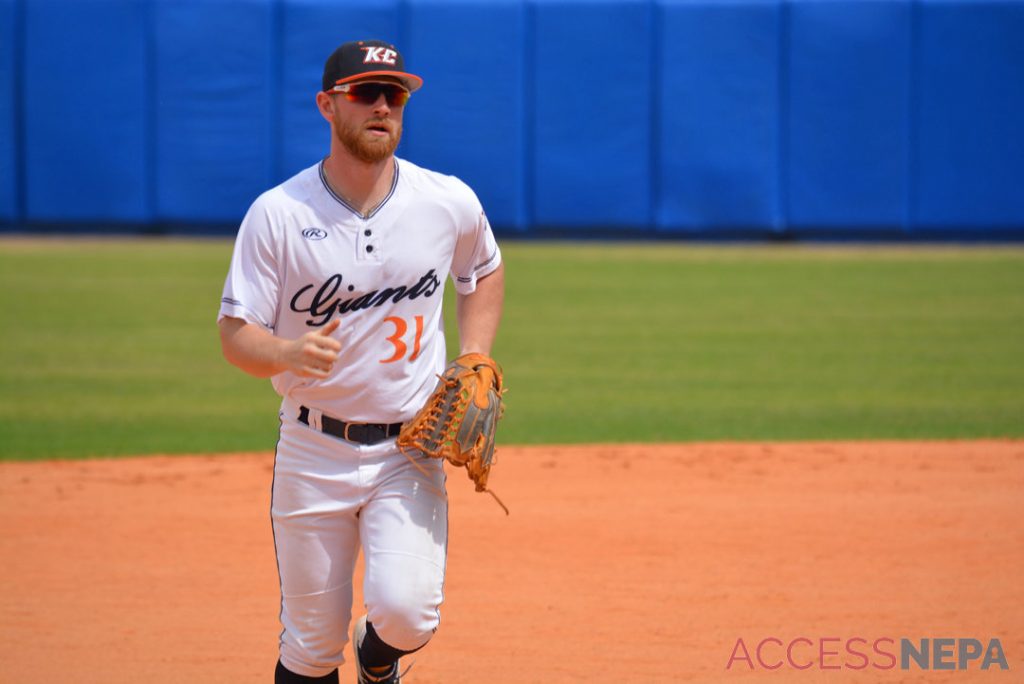 But for all the success, there was always the shoulder problem, always the thought that he could be one stroke of bad fortune away from it popping out of its socket like it used to.

Shoulder problems have plagued him since his early teen years. The summer after his junior year in high school, he underwent surgery to repair the labrum in his right shoulder, the one he throws with. But the left shoulder wasn’t perfect either. He injured it playing basketball in high school, dislocated it and never got it fixed. He’d play through it, he figured. He was a good enough player to overcome the pain.

This time, it was different. Kelly felt the shoulder issues start before the season, then they got worse after he crashed into a wall trying to make a catch during a game, dislocating it again. He was 6 for 36 in 10 games during a season where the Giants had NCAA Division III College World Series hopes when he decided to shut himself down and pursue his second labrum surgery, this one for the left shoulder.

“I tried playing through it, but it was awful,” Kelly said. “My swing just wasn’t there. I wasn’t the same.

“It was definitely frustrating, especially with the team we had last year. We could have been a really solid team. I looked at it in the long run, though, and I knew playing just wasn’t going to be good for me or for my team. I did what was best for the team. I got the surgery. I looked down the road rather than at right now.”

The road was supposed to lead to a dominant 2020, one in which he developed as the leader of a Keystone team on the verge, a reliable cleanup man that perhaps could make a run at the draft again.

The good news is, he’s confident he can feel that way again in 2021, and maybe beyond. Because if there’s anything Adam Kelly knows, it’s how to overcome obstacles and deal with disappointment. He already has a blueprint to approach his next comeback season.

It’s the same one he used heading into the one that was just taken from him.

“It happens all around college baseball: You don’t play a year, and it’s not that they forget about you, it’s that you haven’t played. You haven’t done anything in a year. It’s ‘Who knows if he has anything?’ ” Kelly said. “It’s that little extra motivation that really puts you over the edge.

“Whatever it is, I know I’m going to get to play another game someday for Keystone. And, we’re going to pick it up where we left off.”