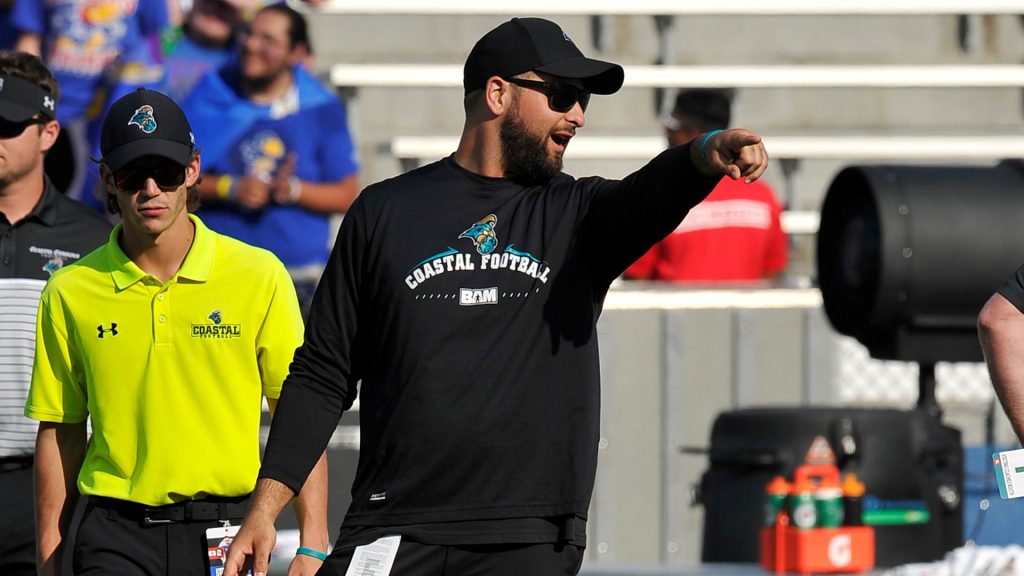 He grew up in Northeast Pennsylvania, quite proudly, he adds eagerly. His entire family calls the area home, and he counts Saturday afternoons he played football at Abington Heights as just about the best memories of his life.

So when Adrian Brunori calls from Conway, South Carolina, he means it when he says he never imagined he’d be living just a few miles from Myrtle Beach. Beautiful a place as it is, he insists fun in the sun was never his goal, just where he landed in pursuit of it.

“I love NEPA!” he yells into the phone as the interview ends.

That’s fitting, because Brunori’s story is hardly about where he or anybody currently around him ever figured they were going. Not this soon, anyway.

No, this story is about opportunities that present themselves unexpectedly. It’s about making the most of them.

This weekend, the most intriguing game in college football isn’t going to be played in Tuscaloosa, Alabama; or Athens, Georgia, or Eugene, Oregon, or State College. It will be where Brunori is, in Conway, where maybe the most fun team in the Football Bowl Subdivision resides and is authoring an underdog story for the ages.

Of course, we’re talking about … Coastal Carolina versus

Appalachian State? We are, and for good reason. The game will air Saturday at noon on ESPN2, and as far as the Chanticleers

are concerned, this is a game against the perennial conference favorite Mountaineers (6-1) that could go a long way toward determining the Sun Belt Conference championship.

If you’re paying any attention to college football, it goes a little beyond the Sun Belt. The Chanticleers — for whom Brunori has served on the coaching staff for five years and currently works as an offensive analyst — are 7-0 and ranked No. 15 in the Associated Press poll, the highest ranking ever bestowed upon a Sun Belt program. The “Black Swarm” defense hasn’t allowed a touchdown over its last 10 quarters, and the team is allowing just 14 points per game. The offense leads the Sun Belt in just about every category, including scoring offense (37.9 ppg), yards per completion (14.92), pass efficiency and fewest sacks allowed (6).

Led by one of the nation’s most exciting young coaches, Jamey Chadwell, the Chanticleers beat every opponent this season by at least two touchdowns, except for then-No. 21 Louisiana, the Sun Belt West Division favorite who they overcame on a last-second, 40-yard field goal, 30-27, on Oct. 14.

After that game, some realities set in for Brunori and the rest of the Coastal Carolina coaching staff. Realities that far exceeded goals, never mind expectations.

“It was like, ‘Oh crap, we’re going to get ranked,’ ” he laughed. “The guys were excited. We were all excited; it’s huge for our program, because we’ve never been in the top 25. But that was never the goal. The goal was to win the Sun Belt championship.”

That didn’t seem very realistic to many outside of Conway.

The Chanticleers were picked to finish last in the Sun Belt East in the preseason. While the staff knew that was a gross underrating of the team’s talents, it made the unbeaten record, the national ranking, the chance to set all kinds of history in the Sun Belt, all the sweeter knowing what Saturday’s game ultimately might mean.

After graduating from Abington Heights as one of the area’s top two-way linemen in 2011, he went to the University of Albany to continue his playing career. That lasted just one season before he was medically disqualified because of a series of concussions.

He knew coaching might be in the cards, he said. He was given the chance to work as a student assistant on the staff led by legendary Albany coach Bob Ford. As many football players who grow up around the region seem to do, Brunori found himself infected by a bite from the coaching bug. 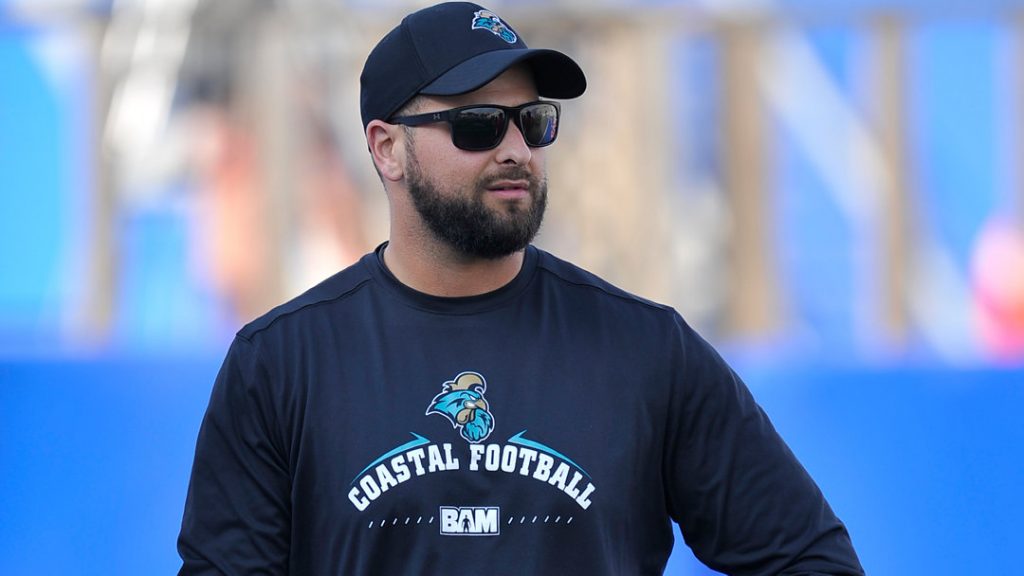 After graduation, Brunori found his first coaching opportunity at Coastal Carolina, as a volunteer special teams coach for a program that was still two years away from joining the FBS on a full-time basis.

Once that happened, and Coastal Carolina was allowed to hire graduate assistant coaches, Brunori worked in that capacity with the offensive line the last two seasons before being promoted to analyst this season. Someday, he said, he’d like to follow in the footsteps of mentors — Ford and Abington Heights coach Joe Repshis — and lead a program as head coach.

“I just want to keep progressing. I want to be an offensive line coach,” Brunori said. “As far as being a head coach, I’d like to be in charge of a program and have a great role in all your players’ lives, make them better people, better members of society.”

If he gets there, maybe he’ll have a chance like Coastal Carolina has this weekend. To appear on national television. To prepare for, perhaps, the biggest game it has played since joining the ranks of the big boys in college football two years and two 5-7 seasons ago — and maybe ever. To be part of a game that could change the course of a program for everyone who will be part of it in the future.

“This is going to be really cool for me and, I think, everybody in our program,” Brunori said. “You know, it wasn’t always this. For these good days, we lived through some tough, tough days. We’ve learned from that, and it has made us better.

If they can topple Appalachian State, Adrian Brunori and the Coastal Carolina Chanticleers may just find out.