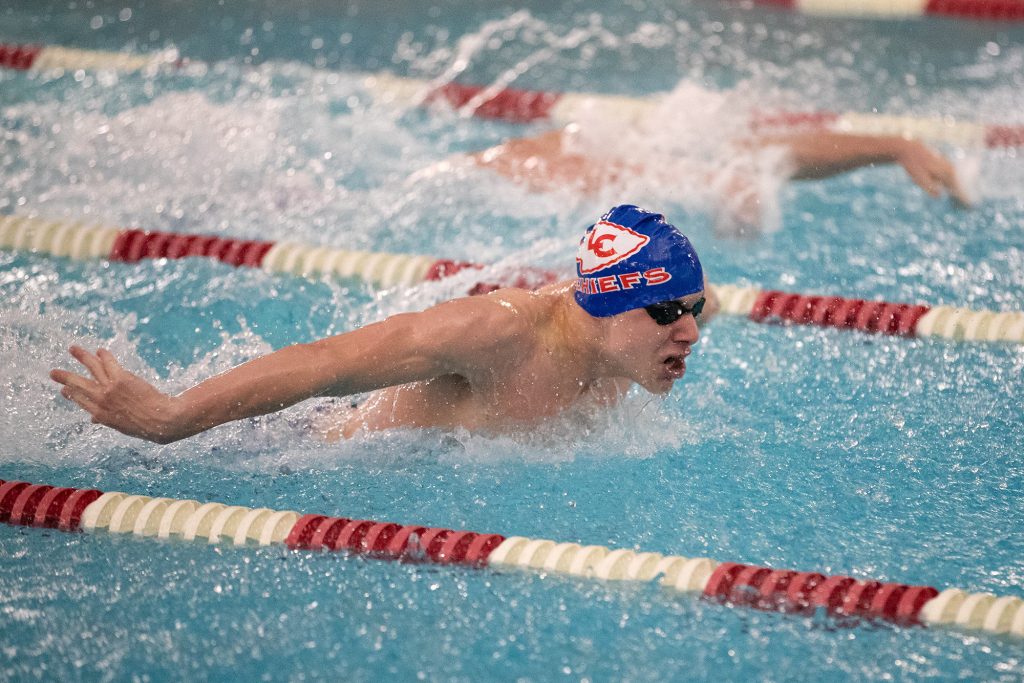 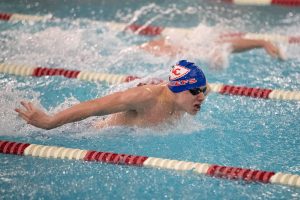 The Lakeland senior won two gold medals in the Class 2A state swim championships, taking the 200 IM and the 100 backstroke titles.

Other sports you play: I play baseball, too. I catch and play the outfield.

Is it going to be a nice change of pace moving on to baseball after all this success? I’d say definitely because there’s really no pressure at all. It’s just having fun out there with my friends.

Is there an athlete you admire? Derek Jeter.

Favorite sports teams? I’m a New York kind of guy. I like the Yankees, Giants and Nets.

Is there something that you would like to do, learn, or accomplish in your lifetime? Something that would be cool to do is learn a second language. I take Spanish, but maybe be a little bit better at that.

What’s the favorite food your mom or dad makes? My dad makes some pretty good pierogies.

One food splurge you’re going to allow yourself now that swim season is over. Probably less than an hour after my race I picked up a quarter pounder on the way home.

With no pool at Lakeland, your coach Rick Evans is from Valley View, and there’s also no pool there. How difficult is training? I’ve been lucky enough to have a club team that trains five days a week so whenever there’s a difficulty in the high school training schedule I’ve been able to go there and get whatever I need to get done. Or even, actually a couple times this year I would go to Coach Rick’s practice at the Carbondale YMCA and then I would drive down the Wilkes-Barre for club team practice that night just to get my yards in.

Is that about normal? I would say, some distance swimmers will go more and sprinters might go a little less.

What’s been the hardest thing to overcome in this past year? Definitely the roller coaster of not knowing what’s next.

When you saw kids starting to lose their seasons to COVID did you take any extra precautions? We go to school hybrid but I’ve been virtual probably over a month now, about 2½ weeks out from districts. I pretty much just went into a bubble. We didn’t go out to eat. We always did take out. Groceries, we did the curbside pickup. Just making sure nothing wild would derail all my hard work for the end of the year.

So these gold medals were really a family effort. Yeah, because my sister swims, too. She swam at districts but didn’t make it to states. I’m thankful she kept her precautions and bubble. It was funny actually. The second I pulled out of the driveway to go to states, she went out to eat, because she couldn’t wait to pop her little bubble.

Your specialty is the backstroke, how did that come about? When I was in my age group I used to be in relays and coach kind of put me in the backstroke. So to me I was like, alright, I must be a backstroker. If that’s what coach wants me to do then, I’m going to take that role and try to be the best that I can be. The backstroke’s been a constant since I was like probably 12.

How much time do you have between your gold-medal races? To be honest with you, it’s kind of a blur in between. I don’t remember much. Maybe an hour and a half. Just the excitement. After the race I was just so happy I won. I ended up like doing my little swim down, get the lactic acid out and I didn’t want to leave the pool deck honestly. I was just chilling out there but coach told me I needed to go get some Gatorade and eat my Gatorade bar and get fueled up for the next one.

You won two state titles in a sport your school doesn’t sponsor. How crazy does that seem to you? It’s definitely insane because when I was swimming club, I didn’t think I was going to swim past my age group days. When you hit 14, you’re done. I thought I was pretty much done after that. But then I learned I could swim with coach Rick (Evans) and Valley View, and the Lakeland administration really did everything they could allow me to swim there and cooperated with me every step of the way.

How do you feel about a state championship banner with your name on it? That would be pretty cool.

You’re going on to swim at Lafayette, but what about a major? I’m thinking civil engineering.