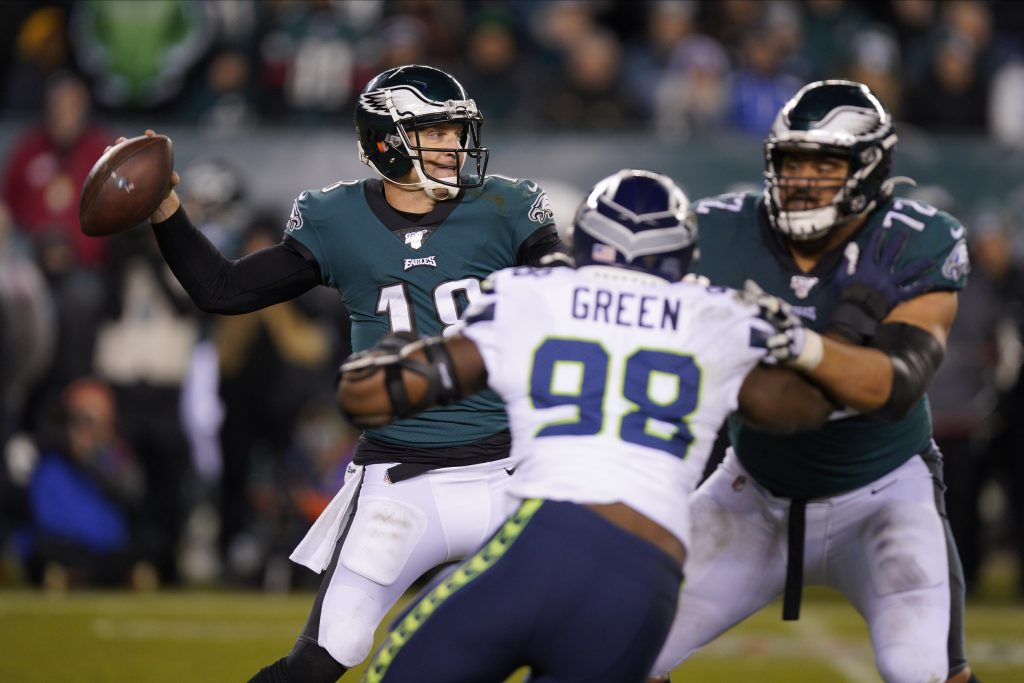 BY DANIEL GALLEN, THE PATRIOT-NEWS

The Philadelphia Eagles have been in offseason mode for more than two weeks now, and there are plenty more changes that are on deck for a team that is searching for a new offensive coordinator and has double-digit draft picks.

It will be a transformative offseason for the Eagles. Here are five needs to keep in mind in the coming weeks and months.

This one is obvious. Executive vice president/general manager Howie Roseman was explicit about it during his season-ending news conference earlier this month. The Eagles entered 2019 season with the second-oldest roster in the NFL, according to PhillyVoice, and that fact was highlighted over the course of the year with durability issues. The Eagles have a host of draft picks this season — they’re projected to have 10, including seven in the first four rounds — and they can make significant headway on this in April.

The lack of a vertical threat over the past two seasons has been glaring in the Eagles offense. In the past two seasons, the Eagles got 138 snaps over five games from DeSean Jackson and Mike Wallace because of injuries. Jackson should be healthy and back in 2020, and the offense never looked like it did in Week 1 after he was injured. But the Eagles need more than Jackson. They need to have another wide receiver with the ability to take the top off the defense.

The Eagles enter the offseason with two starting cornerbacks (Ronald Darby, Jalen Mills) and a safety (Rodney McLeod) set to hit free agency and the other starting safety (Malcolm Jenkins) looking for a new deal. Draft picks Sidney Jones and Rasul Douglas did not play defensive snaps in the playoff finale. That leaves cornerbacks Avonte Maddox and Cre’Von LeBlanc and safety Marcus Epps as the only defensive backs who played defensive snaps this month to remain under contract for 2020. There should be some movement here.

In Carson Wentz’s first four seasons, his backup had starting experience, and that came in handy over the past three years with Nick Foles stepping in during the 2017 and 2018 seasons and Josh McCown turning in a serviceable performance (albeit on one leg) earlier this month. McCown turns 41 this summer and will weigh retirement, while Nate Sudfeld is a free agent. Kyle Lauletta remains on the roster, too. The Eagles have shown the value of an experience backup over the past couple seasons. Who could that be in 2020?

Coach Doug Pederson is looking for his third offensive coordinator and his fifth wide receivers coach. There are a couple internal options at each position, and the Eagles have reportedly been looking at external options with previous connections to Pederson or his mentor, Andy Reid. But the Eagles interviewed Southern Cal offensive coordinator Graham Harrell over the weekend in a move that suggests Pederson is open to some different perspectives. Harrell, 34, is reportedly remaining with USC, but his interview suggests the Eagles are willing to look outside the box to help the offense.