Penn State is going to be short a scholarship quarterback once preseason practice starts, according to Lions 247.

Michael Johnson Jr., a much-ballyhooed redshirt freshman who was a consensus four-star recruit in the 2019 recruiting class, has entered the NCAA transfer portal, the recruiting website reported. (The story has some good insight into why Penn State’s training staff was a little bit concerned about his ability to stay sharp during the quarantine.) 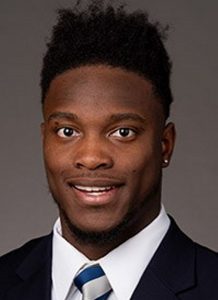 Johnson didn’t get into a game last season, even though he did make a few road trips essentially as the fourth-string quarterback. He had some skills, looked good in the 2019 Blue-White Game and generally drew pretty good praise from the coaching staff.

But, I’m not certain any Penn State fan is going to be too surprised by this. The Lions are young and deep at the position, and they’ll be good with Sean Clifford and Will Levis for the next three seasons, one would think. Johnson was one of two four-star recruits who came to Penn State at quarterback in the 2019 class, and Ta’Quan Roberson was probably a little bit ahead of him on the depth chart; he actually got into a game last year and was listed as the third-stringer on the spring depth chart, for whatever all of that is worth. Penn State also signed Micah Bowens in the 2020 recruiting class and have uber-prospect Christian Veilleux verbally committed to the 2021 group. Johnson was a kid from Oregon who entered the program, had a million offers and, a year in, may have found himself buried on the depth chart.

Every February, I do a recruiting chat with the Scranton Chapter of the Penn State Alumni Association, and I inevitably get asked which player on the team is most likely to enter the transfer portal. For two years, Johnson was a popular candidate for some of these reasons. Really good prospect. Looked like he had plenty of potential. But really, where was he on the depth chart? And was he ever going to climb it?