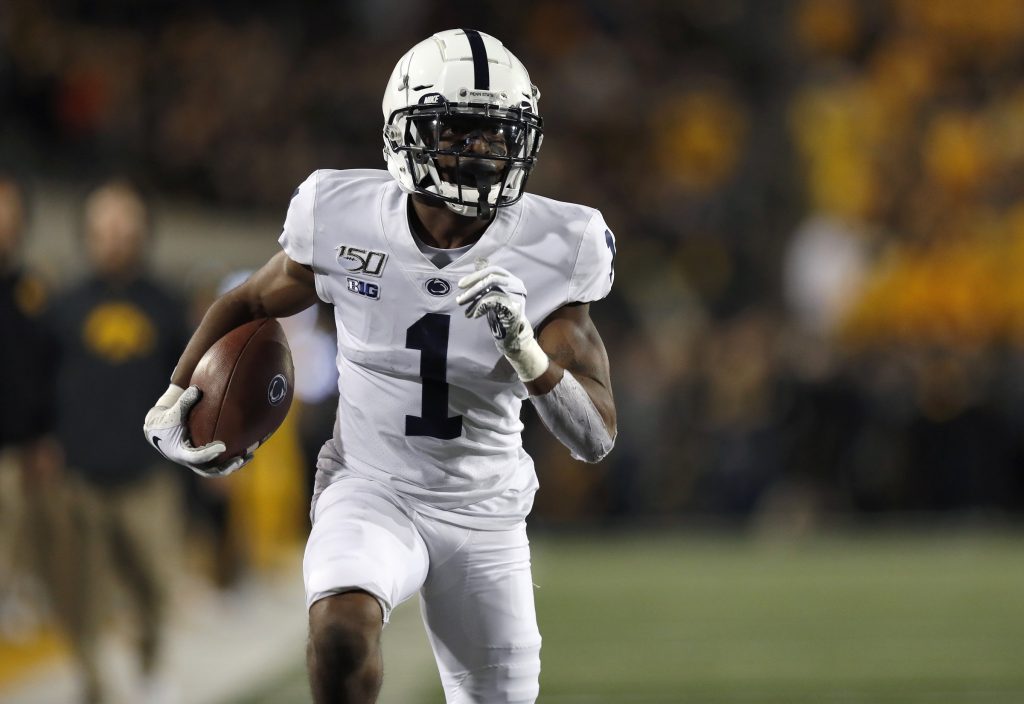 Barbour: PSU looking to football, one way or another

Somehow, someway, Penn State is hoping to play football in the near future.

When that will be remains the biggest question for the person who best understands the drawbacks of not playing.

Penn State athletic director Sandy Barbour said during a video conference Thursday that the university remains committed to playing a football season, even if it can’t start as scheduled in September due to the coronavirus pandemic.

The NCAA and Big Ten both cancelled several of their biggest-money winter events — the men’s and women’s basketball tournaments and the national wrestling championship — because of the virus’ threat, and then nixed all spring sports. Speculation is rampant the 2020 college football season will be in similar jeopardy if the spread of coronavirus isn’t dramatically curbed in the coming weeks.

Concern an extended cancellation of NCAA sporting events could lead to lasting impacts on collegiate athletics in the form of dramatic cuts in the number of sports offered has been widespread. But Barbour insists that, for the time being, there’s no danger in Penn State having to cut any of its 31 varsity programs, which serve more than 800 student-athletes.

Penn State has “a good handle” on expenses and revenues for the remainder of the fiscal year, Barbour said, adding that an “adequate” financial reserve was built over the last five years to carry the department through a difficult time.

After that, though, comes the unknown.

Penn State’s athletic department is driven by a football program that generates a cash flow few around the nation rival. In 2018, for example, the Nittany Lions made more than $100 million from football alone.

Operating a large athletic department is “in (Penn State’s) DNA,” Barbour said, and while she said the university is looking at ways to protect the size of its current cache of programs in the event football revenue is greatly disrupted, there are “unknowns” that would have to be dealt with in the long term.

And that is why she says she’s focused not on if football is played, but when.

One thing is certain, Barbour pointed out: The Nittany Lions won’t play unless the environment is deemed safe and healthy by medical experts. That fact may put an end to thoughts about playing games in empty or sparsely populated stadiums this fall.

“I’m not sure whether a situation where it’s not wise or prudent to have folks in the stands marries up with it being OK to have students back on campus,” Barbour said.

One potential compromise that doesn’t appear to be off the table in Happy Valley: If football can’t safely be played in the fall, some have suggested it could be moved to the spring semester. It would give more time to ensure health, and revenues generated still could be counted toward the 2020-21 fiscal year.

“If our return fits into the time frame that we have to do it in a nontraditional part of the year,” Barbour said, “I think we’ll all look to try to make that happen.”