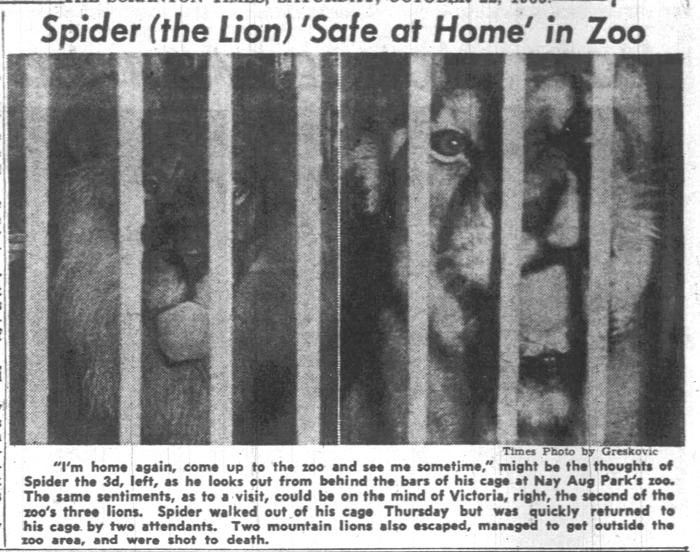 Today’s episode of Historically Hip is all about lions.

Here is the information on some of the items we touched upon during our discussion of the Lions of Scranton.

As mentioned there were several lions named Spider over the years that called Nay Aug Park Zoo home. The name Spider came from the nickname of Ernest Hodgson. Hodgson who was the chair of the Scranton Lions Club committee that brought the cub to Scranton.  The originally Spider was given to the zoo in December 1924. 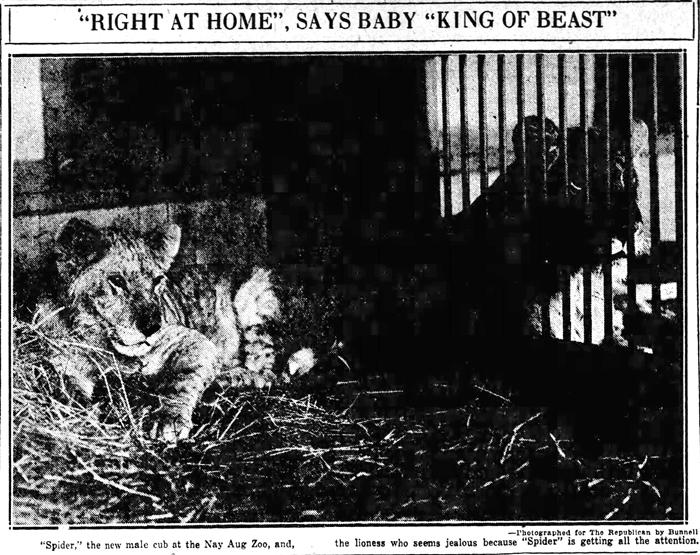 In 1960, Spider IV briefly escaped from his enclosure along with two cougars. Spider was returned safely but the cougars were killed. 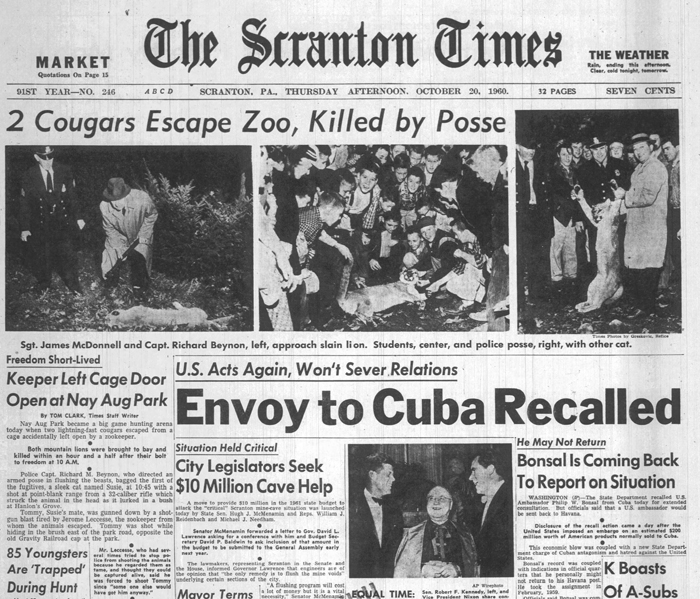 The last two lions donated by the Scranton Lions Club were Spider 5 and 6. 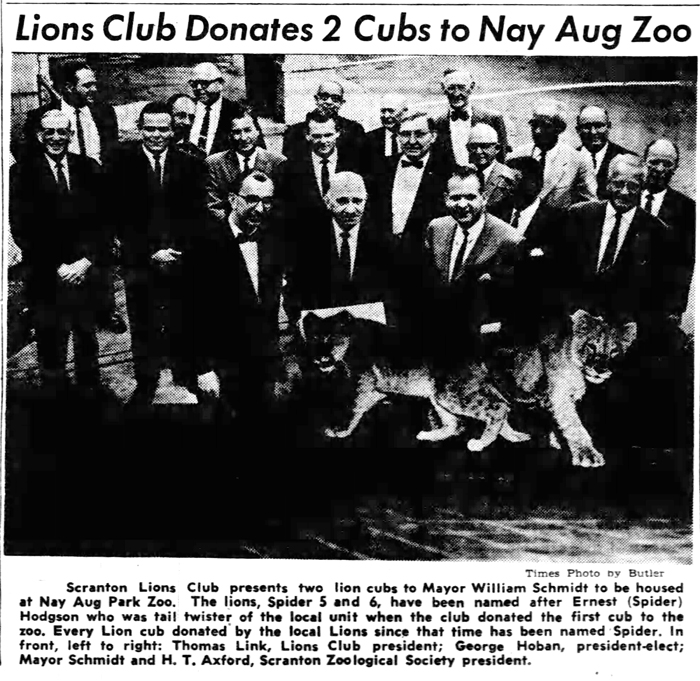 In September 1962, the Zoo was presented two new lion cubs, Sinbad and Sylvia, by the new superintendent of exhibits at the Zoo, Earl Woodard. The cubs were given to Woodard as a farewell gift from his previous employee, Seneca Park Zoo in Rochester.

A few days later, the cubs along with Woodard appeared on the Bill Pierce radio program on WEJL. 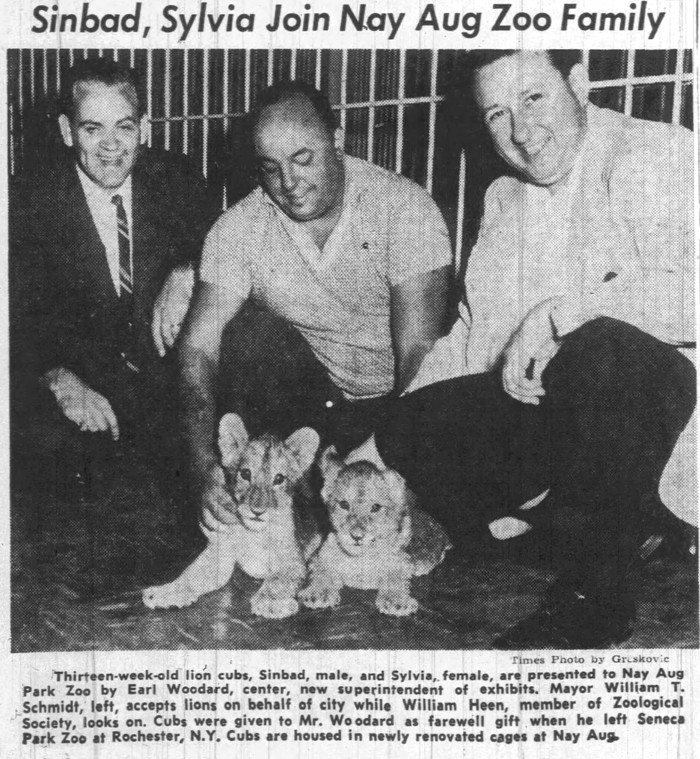 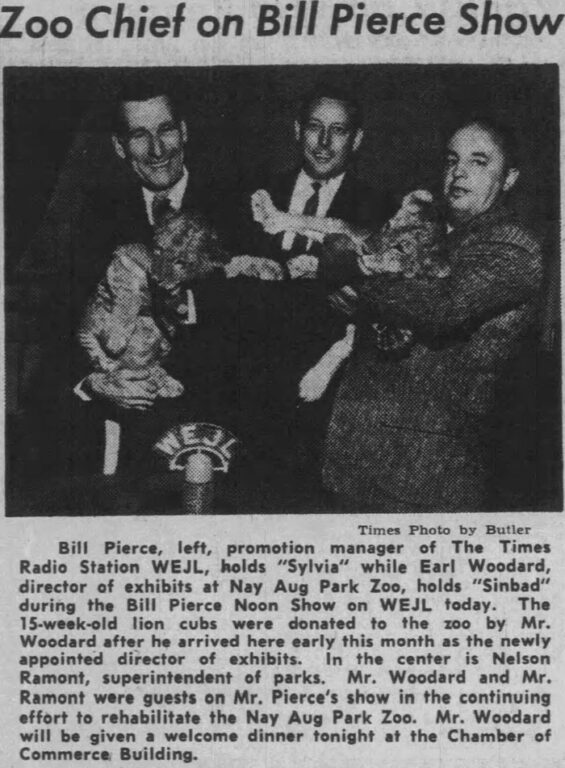 On Jan 6, 1963, a female lion at the zoo, Penny, entered the cub’s enclosure and killed them. Here is the article about the tragic deaths of Sinbad and Sylvia.

The Wilkes-Barre Zoo opened in 1932 in Kirby Park. The zoo, along with other structures including a pavilion, a band shell, a wading pool and sand pits, were located in a section of the park that was on the banks of the Susquehanna River. At the beginning, the zoo along had a small collection of animals – bears, monkeys, buffalo, snakes and birds.

Major flooding hit Wilkes-Barre in 1936 and 1940 and that would eventually cause the demise of the zoo because of the construction of the levee system. The zoo would close in 1946.

The last residents of the Wilkes-Barre Zoo were a baboon, ten monkeys and a military macaw. These animals were transferred to the Nay Aug Park Zoo in February 1946.

Several of the structures remain along the Kirby Park Nature Trail (or Olmsted Trail named for the park’s designer Fredrick Law Olmsted) in Kirby Park. Do to overgrowth of all sorts of plant life only one structure belonging to the zoo is visible. 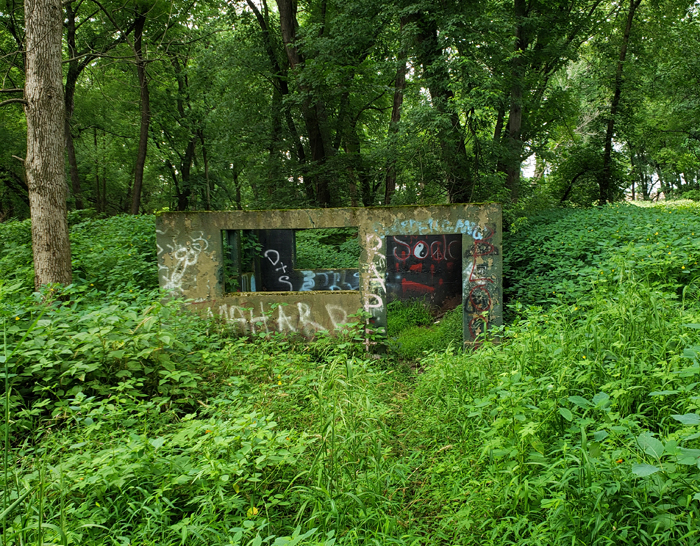 A structure from the former Wilkes-Barre Zoo located along the Kirby Park Nature Trail in Wilkes-Barre. The zoo opened in 1932 and was closed by 1946 due to the construction of the levee system. Brian Fulton/Staff Photo

You can access the Nature Trail from two points along the Luzerne County Levee Trail that runs atop the levee system within Kirby Park. If you want to venture along the trail, I would wear proper hiking gear due to heavy overgrowth in some section and water. (Dress shoes and pants are not recommended)

We also spoke with Rebecca Kivak and Joe Baress of the Take 2 Blog on AccessNEPA.com. Rebecca and Joe shared with us their review of the recent remake of the classic Disney film “The Lion King.”

You can check out their full review here – https://accessnepa.com/featured/review-the-lion-king/

You can find Historically Hip on Spotify and iTunes. In addition to Historically Hip, AccessNEPA.com has more podcasts that you can listen to – Hey Beautiful with Gia Mazur and Good Sports with Dave & Ken. You can find out more about these pods at https://accessnepa.com/category/podcasts/.

If you are still craving more lion related material check out this piece from 2015 that dealt with the time a lion escaped his cage while he was in bagage claim at the Lackawanna Station  –  https://accessnepa.com/pages-from-the-past/lion-escapes-cage-at-train-depot/ .