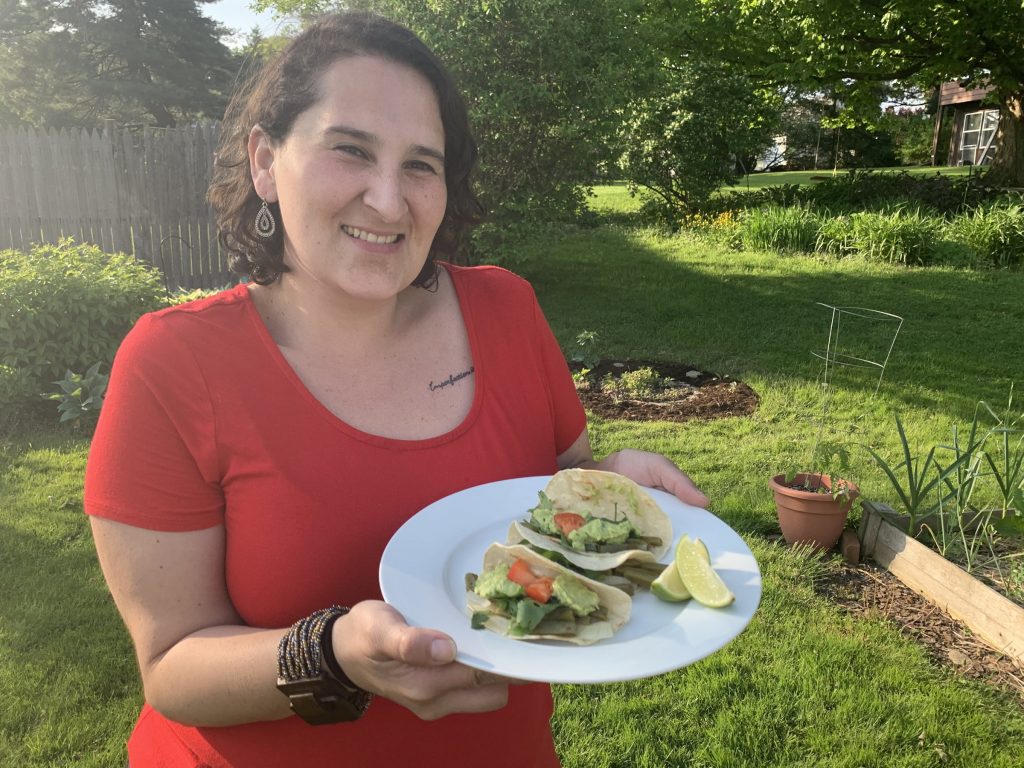 Nopales have a slight kick to them, almost like that of a green pepper. They paired excellently with the guacamole, tomato and cilantro inside the tacos. The best part? The tasty meal was made in under 20 minutes, including prep.
In addition to Empowered Eating, the Greenhouse Project and executive director Jane Risse also host activities and events throughout the month, volunteer Sue Schaffer said. Beyond gardening, there’s yoga, exercise and DIY classes.

Occasionally, elementary school field trips come through so kids can learn about everything from composting to bees. It’s a community hub, Schaffer noted.
“People hear ‘greenhouse’ and think ‘Oh, that’s where they grow plants’ and that’s it,” Schaffer said. “It’s lots more than just plants.”

Chop nopales and set aside.
Squeeze lime juice into pan and cook onions until almost translucent over medium heat. Add chopped nopales and cook until they change color, adding salt to taste if needed. Fill each tortilla with nopales, onion and tomato. Top with lime juice, guacamole and cilantro.