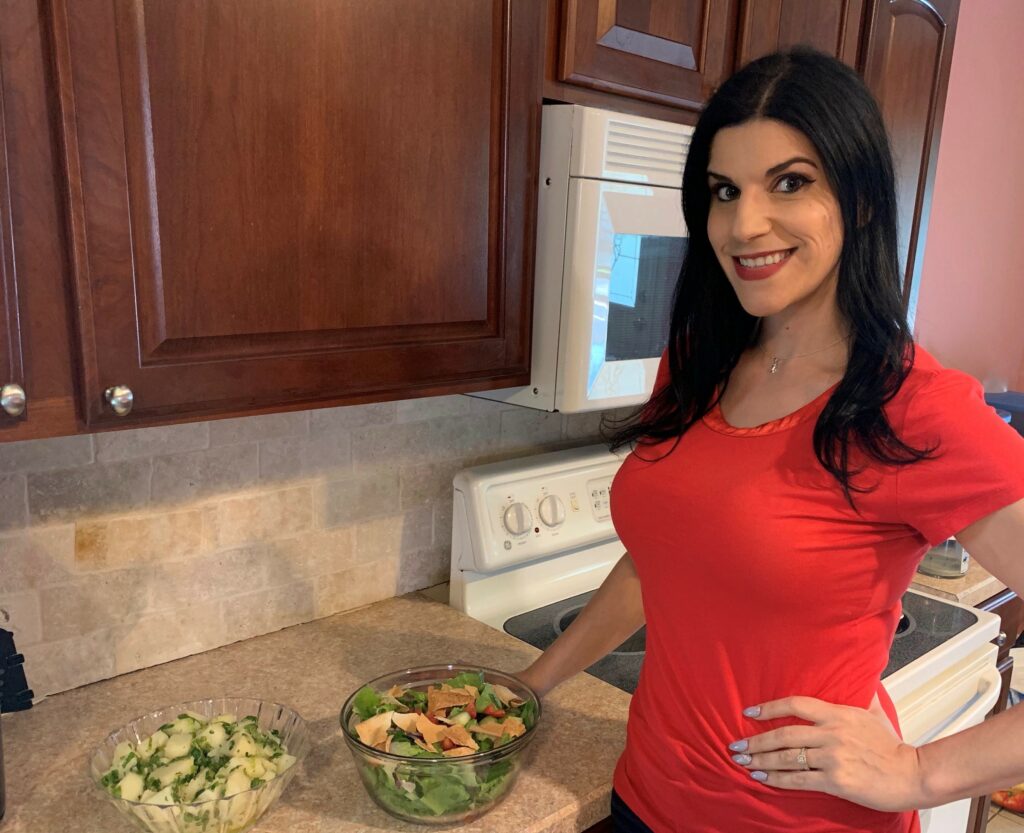 Life wouldn’t feel as bright and adventurous if we only ate one kind of food, and Tracy Darcy knows that firsthand.
Her mom, Rima, was born in Syria and grew up in Kuwait. While she worked for an embassy, she met a Marine, Andrew Anescavage, from Throop, who was stationed there. The two fell in love, moved to the states and have been married for 42 years.
Darcy, who lives in Scranton with her husband, Kevin, grew up eating all kinds of Middle Eastern dishes but felt awkward about their distinct differences from the food her peers ate. As she got older, however, she began to embrace the flavors of her mom’s culture.
Along with her sister, Cindy, Darcy would cook with their mom while growing up. Today, each daughter can make her own version of their mom’s classics — like Fattoush and Batata Mtabbli.
“I realized at some point, instead of asking my mom to make my favorite things, I could have her teach me how to make them,” said Darcy, whose recipes earned her a $50 grocery gift card from Riccardo’s Market, 1219 Wheeler Ave., Dunmore. “It’s a nice bonding moment for us.”
Both summertime dishes, Fattoush is a Lebanese salad made with greens, veggies and toasted pita bread, all tossed in a dressing made with lemon juice, oil and spices. Batata Mtabbli, meanwhile, is a Lebanese potato salad made with olive oil and lemon juice as well as parsley and garlic.
The dishes are both inherently vegan, as most Middle Eastern dishes tend to be, Darcy said. They’re also great to take to a cookout in the warmer months or a family dinner during the holidays.
“They’re so simple to make,” she said. “You kind of just whip them up, and they’re pretty versatile. This is how we make them, but you can use different vegetables or a different dressing.”
On a hot and humid summer day, these two salads made for the perfect light lunch. Fattoush consisted of a rainbow of veggies that were pretty to look at and delicious to eat. The pita bread added a nice crunch, and the lemon-based dressing topped it off.
Batata Mtabbli made for a great alternative to a typical mayonnaise-based potato salad. It was packed with flavor from the parsley, garlic, scallions, salt and pepper, all tossed in a lemon-olive oil dressing. These dishes will fill you up without leaving you feeling heavy, and there’s nothing better than that.
Darcy isn’t an amateur in the kitchen, and friends, family and others close to her know her for her delectable baked goods. She keeps her roots close to her heart in the kitchen, though, and frequently makes Middle Eastern specialities such as homemade Hummus, which involves her peeling each chickpea by hand; Baba Ganoush; Grape Leaves; and Shish Barak, ravioli-like dumplings filled with seasoned meat and more in a yogurt and dried mint sauce.
These recipes, along with the rest of her heritage, make for a colorful and delicious life.
“I wouldn’t have it any other way,” Darcy said. 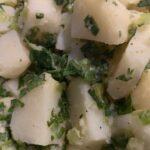 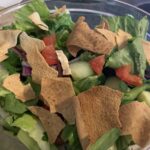 Toast pita to a golden brown and break into 1 1/2-inch pieces.
In a salad bowl, add garlic and mix well with salt to taste. Add lemon juice and seasonings and mix well.
Coarsely chop the parsley, green bell pepper, red onion and mint.
Tear lettuce as you would for a tossed green salad.
Add all remaining chopped vegetables and toasted bread to lemon mixture and toss thoroughly. Just before serving, add oil and toss well.