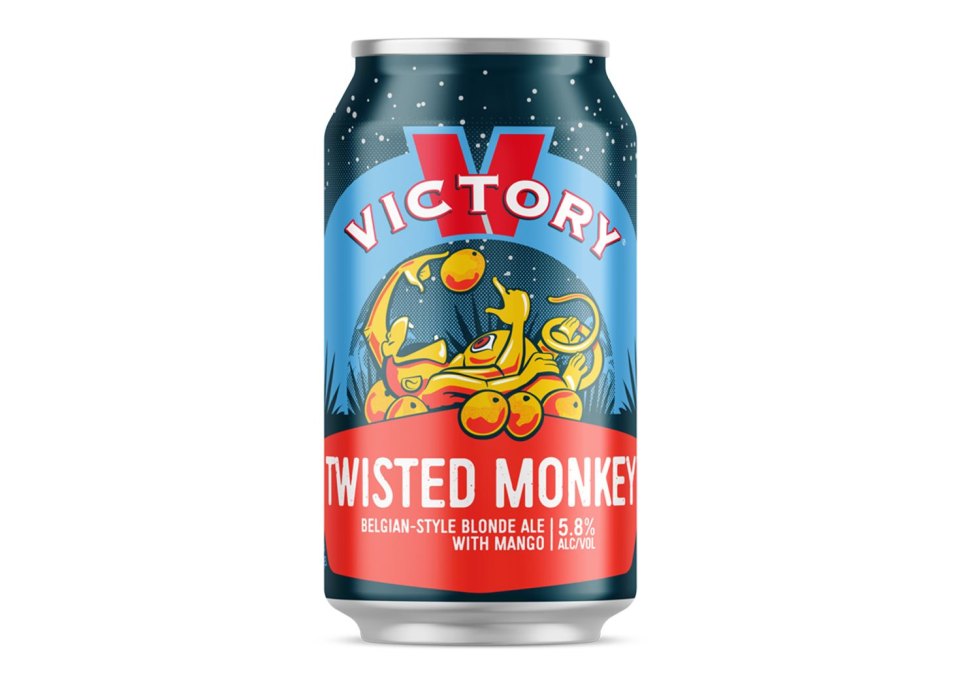 Victory Brewing Co. always will hold a special place in my heart, namely for its Golden Monkey.

I have a strong love of IPAs and stouts. It was Golden Monkey, however, that turned me on to Belgian-style beers. It was just a short jump from there to lambics and saisons. Instead of the flavors of dark roasted malt and copious hops, there was funk and spices. It’s like a whole other world.

At 9.5% ABV, Golden Monkey also was one of my first experiences with high ABV beers. I remember one New Year’s Eve when I was young and foolish (as opposed to the middle-aged and foolish I am now) and had been drinking liquor all night along. The ball had dropped a good while ago, and it was time to slow down. I did the reasonable thing and grabbed a 22-ounce beer from the fridge.

That beer was a Golden Monkey. Suffice to say, it did not end well. That night did nothing to sully my enjoyment of that delicious brew, however.

This week, I’m climbing out on another branch of that family tree and trying Victory Brewing’s Twisted Monkey. What makes this one special? Instead of being a trippel, it’s a Belgian-style blonde ale, clocking in at only 5.8% ABV. It promises to be a bit more drinkable for the long hall for that fact alone. More impactful, however, is that it’s brewed with mango. It’s not a pairing I would have thought of, personally, but I was curious to see how it worked. I could see how the various types of sweetness could meld together, but the success of that idea remained to be seen.

The pour was beautiful, the color of pale straw with a finger’s worth of noisy head. While the foam dissipated quickly, copious bubbles continued to rise through the glass, promising refreshing carbonation. It was ever so hazy and murky, I imagine from sediment left from the brewing process.

The scent had a lot of spice up front. There was coriander and black pepper awash in a sea of funk. There was a bit of lemon citrus and just a hint of mango if I looked for it. The fruit wasn’t super apparent in the smell, though, and certainly less so than I expected it to be. The sweetness in the scent was more like candy rock sugar than juicy mango.

The taste certainly changed that, though. The sticky mango was right up front and strong, but it quickly faded to funk and spice. There was that candy sugar feel of the original as well as banana. A bit of aspirin hid somewhere in the aftertaste, along with the yeast and citrus. It was light and easily quaffable, with that juicy mango inviting big gulps, which certainly is a place where the high ABV original and this brew differed.

It’s hard to compare and contrast this one with its namesake. While there are certainly similarities, it’s a different beast. Those things that are different I would not want to be the same. I would hesitate to say one is better than the other. Twisted Monkey is a delightful treat that is easy to drink. It’s a perfect shower beer or a good brew to have with dinner. Thanks again, Victory. You did good.