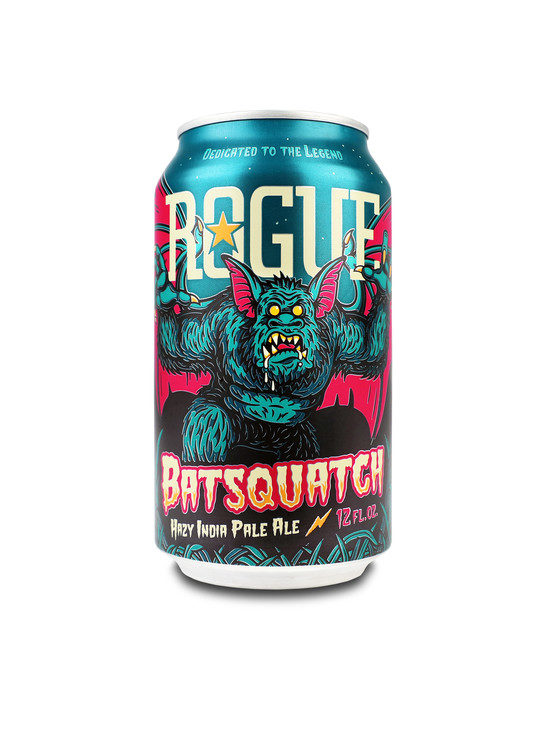 Once upon a time, in the misty woods of the Pacific Northwest, Brian Canfield was driving his pickup truck after dark. Suddenly, without warning or provocation, his truck died.

I like to imagine him as he tries to turn the key to no avail. Once, twice, three times; it doesn’t even try to turn over. The large, brooding pine trees seem to bend forward in some obscene caricature of a closing hand. Canfield tries a fourth time, and the headlights flicker on.

Standing there, not five feet in front of his truck, is a beast man was never meant to see. It looked human but was nine feet tall with vast, leathery wings. It also sported a coat of blue fur and face much like a fox or, perhaps … a bat. It has not been sighted since, and most people think it was a hoax. Others believe, however, and have given this creature of the night a name.

They call it … the Batsquatch.

America is full of strange little cryptids, from the Jersey Devil to Mothman. Washington and Oregon have long been home to sightings of Bigfoot, aka Sasquatch. If you’re anything like me (and, for your sake, I really hope you are not), you’ve spent a lot of time wondering if Sasquatch ever fell in love. You’ve also spent slightly less time wondering if it fell in love with a bat.

After a few beers, it’s only a hop, skip and jump to wondering about how Sasquatch and that bat might have physically expressed that love.

Thankfully, I’m in good company. Aside from Canfield, Rogue brewing also has apparently given this a lot of thought, having produced a hazy IPA named Batsquatch.

The brew poured a delightful shade of gold and had quite the head, easily two fingers’ thick. The scent, largely that of sweet pineapple and citrus, went real heavy on the tropical in the nose. It also had hints of pine and spice, though the fruitiness was most prevalent. The more I sniffed, the more I knew what it would be like to be Spongebob’s roommate (you know, living in a pineapple under the sea).

The taste surprised me after smelling the beer. I had expected a lot of sweetness, but hardly any greeted me. The brew was citrusy in the way that grapefruit is, mixed with some orange rind and coriander. There was malt, but it wasn’t the sweet caramel I expected. It was more savory, almost like rye. A bit of dry aspirin followed this and led into the hops. It had a lot more bitterness at the end of the swallow than I expected in a hazy IPA, which I attributed to the northwest influence (Rogue is based in Oregon, far from the style’s birthplace in New England).

Batsquatch is a unique take on the hazy IPA style, though not in a terribly interesting way. Don’t get me wrong, it’s a solid beer. It’s pretty straightforward in its taste, however. Its 6.7% ABV goes down decently well, though I don’t think I’d want to make this a session beer. I would sit back with one or two on a cold autumn night, however, and dream about the love lives of American cryptids. After all, that’s not something I’d want to do sober.