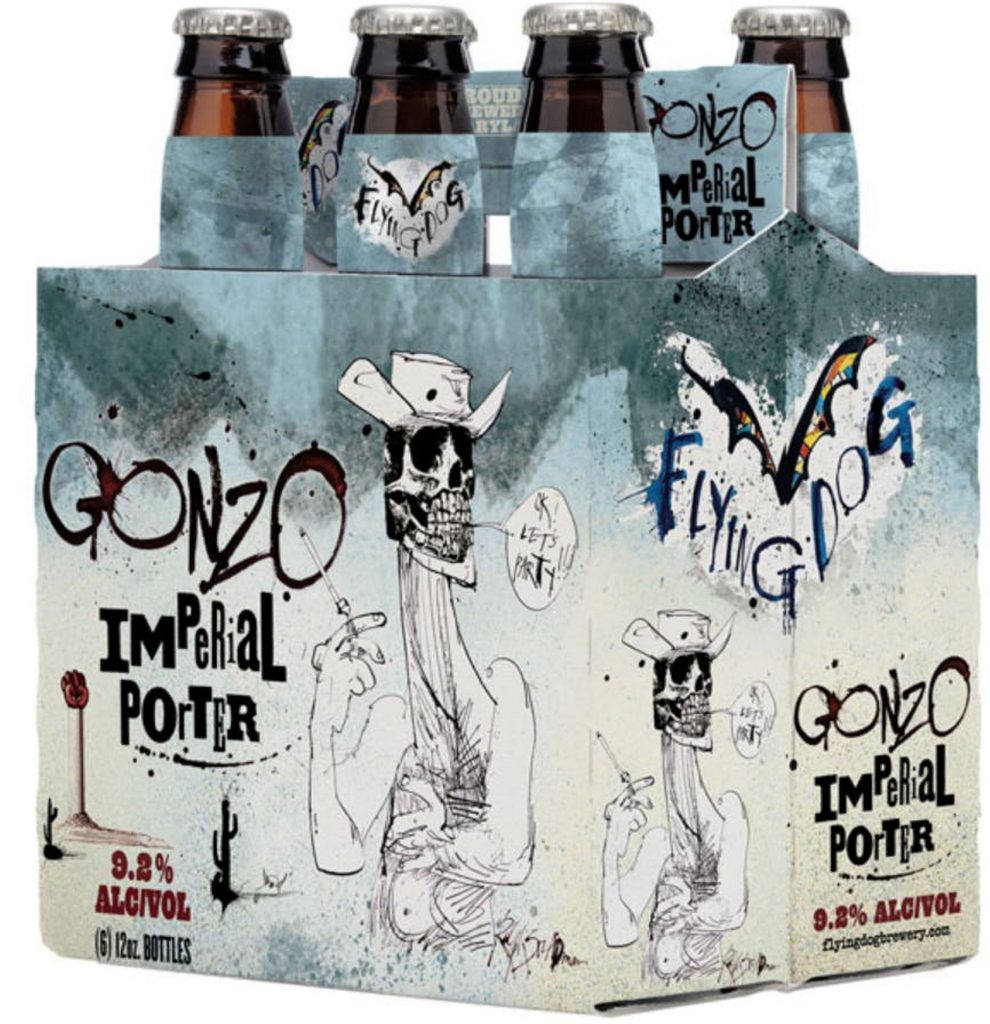 This week I was looking for something a bit strong. It’s been a long week. I finished it off by getting the second COVID shot and, looking to dull the pain at the injection site, thought that a nice, strong beer might be just what the doctor ordered.

I found this imperial porter hiding out with some of the craft beers from Halloween and Oktoberfest and thought, well, why not? It’s still the chilly season after all.

And what better doctor to give advice than than the original himself, Doctor Gonzo? This lovely, dark Gonzo Imperial Porter clocks in at 10% ABV, so I thought that it would pack just the punch I was looking for.

The beer comes from the interesting imaginations of the brewers at Flying Dog Brewery in Frederick, Maryland. Inspired by Hunter S. Thompson, the catchphrase of the brewery is “Good people drink good beer.” There’s an interesting story behind Thompson’s support of craft brewers, and I encourage you to check out Flying Dog’s website to find out more about what’s behind the artwork of the bottles. It’s well worth your time if you are a fan of either beer, Thompson or, in a perfect world, both.

This particular porter uses a fermentation combination of yeasts found in American and British ales that results in a very uniquely flavored beverage. It also blends three types of hops to give it a little something extra. The result is sure to be a crowd-pleaser.

The beer came out of the bottle in a most impressive pour. Very dark and very thick, it had a head of about 2 inches, and its legs stuck with it from top to bottom, exceptionally nice for fans of really well-crafted and thick porters.

The simply magnificent aroma had hints of malt and an underlying spiciness that just tantalized the nose and made me crave that first sip. While it had a thick yet smooth mouthfeel, it made for a palatable porter. The strong taste stuck with it from the beginning of the session until the end, featuring a flavor combination of chocolate, coffee, vanilla and malt with a hint of brown sugar just beneath the surface. A veritable taste sensation in a glass, it will make you want to come back for more.

It clocks in on the bitterness scale at 85, but the flavor combinations round it out nicely so it is not overly bitter. And at 10% ABV, it does pack a bit of a punch, so it’s best enjoyed responsibly.

I cannot say enough good things about this brew. Flying Dog went through great lengths to flavor this porter to perfection, and any beer drinker who is a fan of dark beers, porters, chocolate ales or the like definitely should look for this one at the distributor. I know I will be going out to purchase more of this in the near future, as it is now on my list of personal favorites.