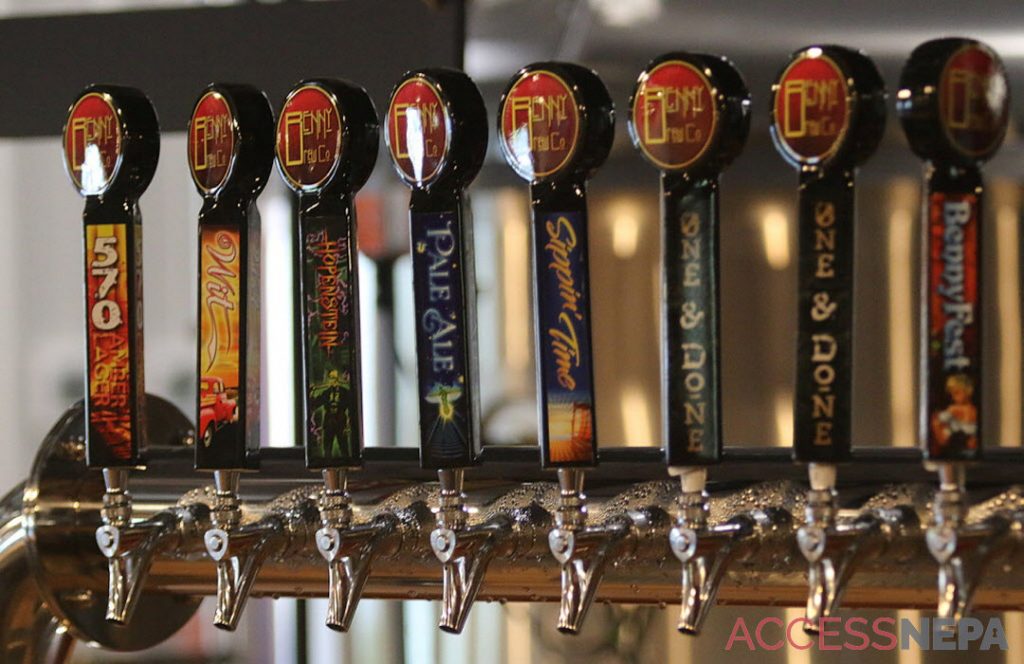 With the weather trending back to colder and more damp recently, I decided to review just one more thick stout for the season. I wanted to keep it super local, and so I tried a brew from a place I’ve heard about many times and have been meaning to taste for awhile now — Benny Brewing Co. of Hanover Twp.

The brewery has a seasonal thick stout on its menu, the Oatmeal Chocolate Stout, which was only available until April. The blend of flavors made for the perfect accompaniment to cold, dark, rainy weather that doesn’t allow you outside to play on the grill or sit next to your fire pit.

Benny Brewing Co. has been around since 2010. The original product was exclusively available at Marty’s Blue Room but has since expanded to its own brewpub on the Sans Souci Parkway. It offers quite a variety of foods on its menu, from burgers, ribs and wings to a signature brick-oven pizza, which pairs well with its variety of beers on tap.

It prides itself on having four core beers, four seasonal beers and an ever-changing assortment of craft specialty beers inspired by a variety of ingredients, social and cultural trends, and, of course, food pairings. I purchased the Benny Brewing Co. beer in a can from a local distributor, so I did not have the pleasure of the full pub experience. But with the climate improving, it is something on my to-do list for the summer.

I poured the beer into a pint glass and saw it had a very thin head for a stout (measuring less than 1/4 inch), which caught me a bit off guard. Dark black in color, it had an inky, impressive appearance. I noticed the chocolate scent right out of the gate, and it made me crave that first taste.

Giving it a nice sip, the mouthfeel was thick, almost molasses-like in consistency and nice for an oatmeal stout. It definitely had a chocolate flavor, followed by a bitter, malty aftertaste that hung around for the entirety of the glass. That made sense, as the beverage clocks in at 34 International Bitterness Units with an 5% ABV. The beverage maintained its thick consistency throughout, and despite the lack of initial head, the legs hung on to the glass all the way to the bottom.

The brew was well-crafted, and though I enjoyed the glass, it was not one of the best tasting stouts I have had this season. I will chalk this up to the fact that I got this one very late in the season, and the beer may have been beyond its fresh point. I will definitely come back to try some of Benny’s other brews, as I have heard a number of great things about its selections, and I know that it rotates the stock often.

I’ll hope for a different outcome when I next give Benny a shot — in person at the restaurant. I’m really excited to try its pilsner, wheat beer and American lager, and I look forward to pairing that with something off the super enticing menu.