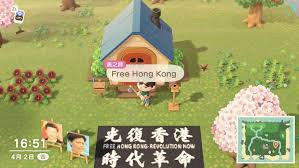 No one would expect “Animal Crossing: New Horizons” to be so quickly banned overseas. After all, it’s rated E for “everyone” and seems like a harmless game full of equally harmless activities.

For the Chinese government, though, the game’s online and customizable capabilities made that untrue.

As it turned out, Hong Kong protesters, unable do their work in the streets because of the COVID-19 outbreak, were using the game’s customizable pattern feature, where you can create and display pixel art anywhere on your island, to display politically sensitive slogans and images related to their cause. They also used “Animal Crossing” and its chatting features to meet and talk online. The Nintendo Switch also has an easy way to take screenshots and post them on social media built into it, so taking advantage of all these features led to the ban just a few weeks ago.

The Chinese government always enforced strict laws when it came to the sale of games, to the point where gaming devices of almost any kind were banned from 2000 to 2015 because of concerns about their addictive nature. Even so, the consoles the government did allow were heavily impacted by censoring, so many didn’t catch on in China as much as PC gaming, which had somewhat looser regulations. 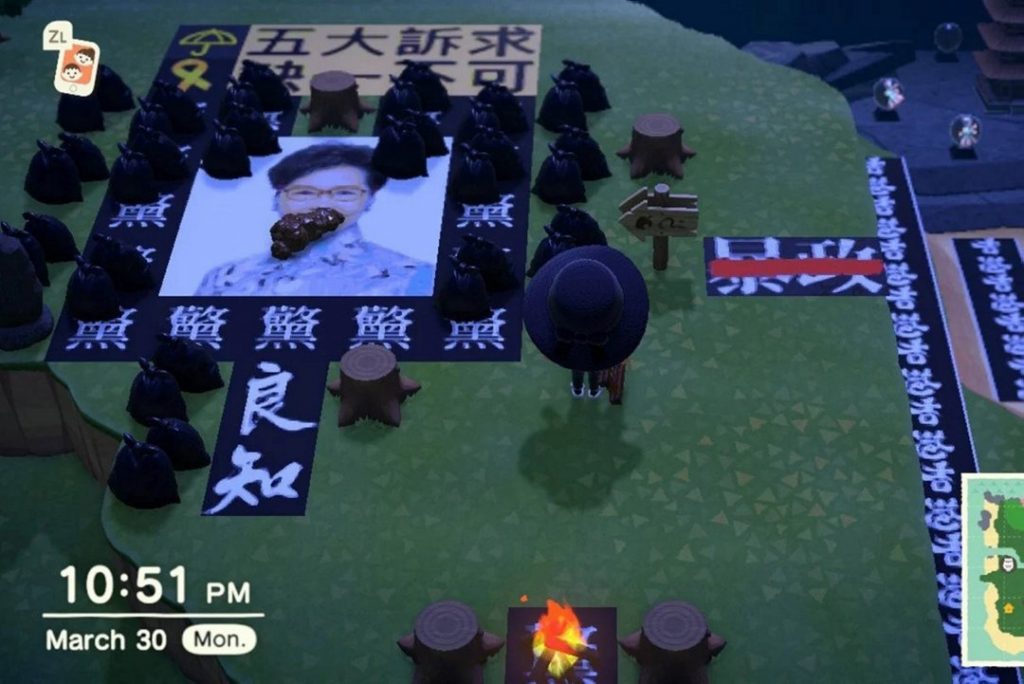 According to Chinese law, any game sold within the country cannot threaten the country’s ethics, reputation, government or national unity, or it will get swiftly banned. More recently, China also banned role-playing games, games with worldwide online play and games that include zombies or plagues amidst virus concerns. This included games such as “Battlefield 4,” which the country claimed was a threat to security and China’s image; “Plague Inc.” for having themes such as mass disease and pandemics; and the Taiwanese game “Devotion” for having an in-game secret that insulted Chinese leader Xi Jinping.

Compared to these incidents, however, recent events have made this newest ban more controversial than ever and brought the subject of Chinese protesters back into the public eye. Even though “Animal Crossing: New Horizons” does not inherently break any laws, the government still forced many retailers, such as the Chinese shopping website “Taobao,” to stop all sales of the game because of how people used it. Despite this, many still found ways to obtain the game through the Nintendo eShop by changing their Switch’s region, or by contacting private sellers, and the government is scrambling to maintain control over the situation. Of course, many Chinese gamers are unhappy with this development, as not only “Animal Crossing: New Horizons” but also many other gaming outlets and titles are potentially on the chopping block after the incident.