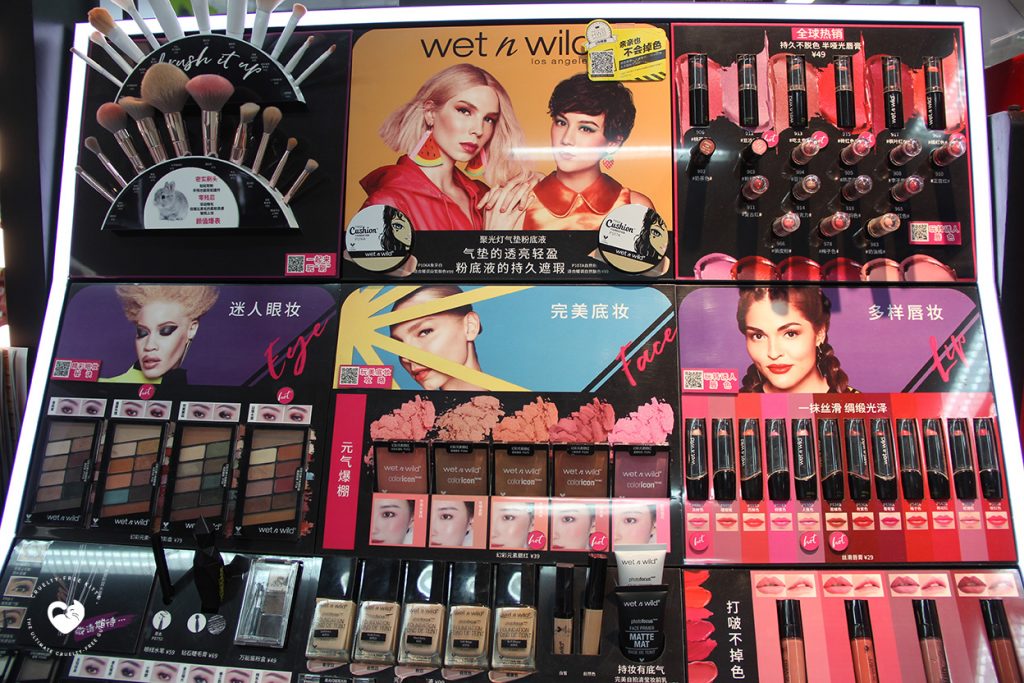 Back in November, I did a whole blog on cruelty-free beauty. The main takeaway was that brands can claim they’re cruelty-free and not test animals in the United States but, if they sell in Mainland China, there is a chance the products are still tested on animals.

For years, beauty brand and drugstore favorite Wet n Wild was known as a 100% cruelty-free brand, which included not selling in Mainland China.

On Tuesday, cruelty-free beauty resource Cruelty-Free Kitty posted a blog that stated many CFK readers in China were seeing Wet n Wild products pop up in stores over the past few months. (Specifically Watsons drugstore in Shanghai.)

When CFK’s Suzana Rose contacted WnW via email in March about the claims, the brand said they “do not have any retail partners located in China.”

Then, as word began to spread from CFK’s post this week, WnW posted to its Instagram story a message from global president Stefano Curti saying the brand was indeed selling in Watsons in China through a pilot program in 30 stores. It also stated that WnW “products sold in China are domestically manufactured in China, and as such do not require animal testing.”

Thanks to a 2014 change, the Chinese government no longer requires testing by law of certain cosmetics manufactured domestically in China and sold there. Still, for years animal rights activists have known that animal testing can still happen.

CFK stated: “Although there recently were developments in mainland China … the Chinese government may still require animal tests to be performed on cosmetics. Even though Wet n Wild is made in China, all cosmetics sold in China may undergo tests on animals post-market as of May 2019 … There’s no possibility of a ‘loophole’ here.”

The only thing a brand can do to make sure its products are not tested on animals is to not sell in Mainland China. Brands do this all the time including prestige brands such as Anastasia Beverly Hills, Charlotte Tilbury and Cover FX and mass brands like elf, Essence, Milani and most recently, CoverGirl, who pulled all of its products from China in 2018 when it became 100% cruelty-free and Leaping Bunny-certified.

The issue isn’t really that Wet n Wild might be tested on animals — it’s that the brand let so many consumers think otherwise. There’s millions of people who chose to live vegetarian or vegan or shop cruelty-free. People’s values are important to them and messing with that is not cool.