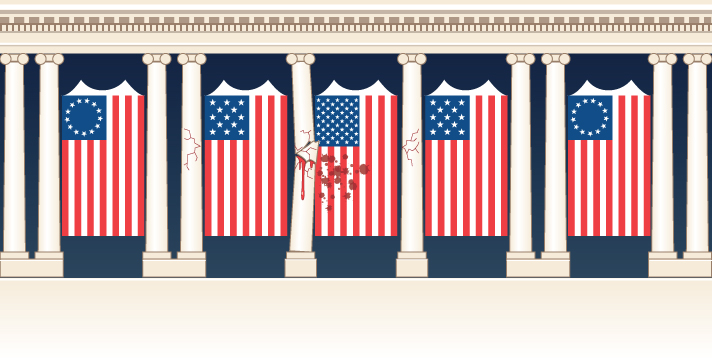 Site chronicles what had always been a peaceful transition of power

For the first time in the history of U.S. presidential transitions we have not had a peaceful transfer of power. The violent insurrection at the Capitol on Jan. 6 was an attempt by supporters of the president to prevent Congress from certifying the legitimate results of a free and fair presidential election. Five people, including a Capitol Police officer, died in the siege. It remains to be seen if the inauguration ceremony scheduled for Wednesday will proceed in a peaceful fashion.

Nothing like this has ever occurred before. Inaugural.senate.gov is the website of the Joint Congressional Committee on Inaugural Ceremonies. The site functions as an explainer of presidential inaugurations and a record of past inaugurations. Every other transfer of power between presidents for the last 224 years was peaceful, if not always cordial. This includes in times of war, economic distress and bitter partisan division.

Planning for this year’s ceremony, the 59th, was already a challenge because of the COVID-19 pandemic. The committee is imposing stricter limits on attendance and working on ways to expand digital viewing opportunities. The very real threat of violence related to this year’s event may force the committee to make further changes to its plans. Most of the information on the site regarding the upcoming ceremony was posted before the attack on the Capitol, so it doesn’t reflect any potential changes.

The site has five sections. The first, About the JCCIC, contains two subsections, About the Committee and Past Committees. About the Committee features the photos and titles of the six current members, three Democrats and three Republicans. It doesn’t have say how they are chosen or what their duties are.

The Past Committees section lists members of all the committees going back to William McKinley’s inauguration in 1901. At the bottom of each list is a Learn More button. Clicking on it takes you to more information, including the theme, location, weather and participants. There are also photos, descriptions and videos of many of the elements of the ceremonies. These vary depending on the year of the election. The ceremonies appear to have become more bloated with the passage of time.

The next subsection, Inaugural Events, is a description of the events of the day. It includes the procession to the Capitol, the swearing in of the president and vice president, the president’s speech and more. The Inaugural Platform subsection is just a description and by-the-numbers graphic of the physical platform the ceremony takes place on. The Past Inaugural Ceremonies subsection lists all the past presidents and vice presidents, inauguration dates and a link to the same historical information as the Past Committees section has.

The Partners section lists the various government organizations that participate, with links to their websites. The Newsroom section has writings from current and past committee members, details on the upcoming and past ceremonies and some videos of speakers and inaugural trivia. The last section is the Live section, which has nothing now, but I assume it will have a broadcast of the inauguration as it occurs.

The site is a highly polished, antiseptic presentation of one of America’s most important government functions. It has good imagery, typography and navigation. It doesn’t give a hint of the cloud hanging over this year’s event.