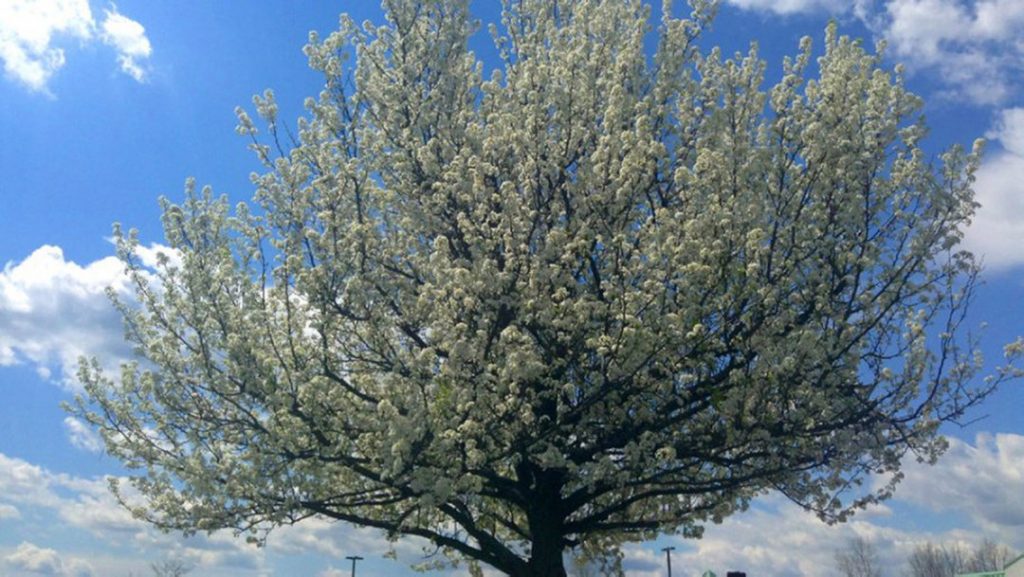 An increasing number of states are banning the sale of the popular (yet highly problematic) Callery pear tree, including popular cultivars like Bradford pear, but Pennsylvania is still dragging its feet.

Even South Carolina beat us to the punch!

The southern state’s lawmakers, along with the state’s Crop Pest Commission, became the latest state to ban the sale of Bradford pear and any other tree grown from the Pyrus calleryana rootstock.

Although Bradford pear was originally bred as sterile and thornless, they readily cross-pollinate with other cultivars of Callery pears. Native to China and Vietnam, this type of pear tree spreads aggressively here in the Eastern U.S., overtaking abandoned lots and fields, roadsides and forest edges.

Sadly, it’s been a go-to plant for gardeners, landscapers, nurseries and even municipal tree planters for decades. We’re only now starting to see how big of a mistake that was.

The invasive species often goes unnoticed, except for early spring months when it’s white blooms are on display. (Drive along the Gordon Nagle Trail in between Pottsville and Cressona in early spring and you’ll see fields and roadsides absolutely infested with this blooming, ornamental pear tree.)

Because it crowds out the native tree, shrub, plant and grass species our birds and beneficial insects need to survive, many experts are calling for a ban to protect the entire food web.

It was originally thought it was unable to produce fertile seeds, however, with the ability to cross-pollinate with different cultivars (cultivated varieties) the seeds become viable, said invasives expert David Jackson, Ph.D., forest resources educator with Penn State Extension-Centre County.

“I personally have seen this tree seed in old abandoned agricultural fields and completely take them over, crowding out the more preferred native plants and halting the successional process from field to forest,” he said. “They can form extensive, nearly pure stands in old fields, along roadsides and in similarly disturbed areas.

“This is not a good thing for our native wildlife, particularly our songbirds that need insects to raise their young,” he added. “Callery pears host few to no insects, one of the reasons it became a popular landscape tree.”

Earlier this year, Delaware unanimously passed legislation that bans the sale and import of 37 invasive plants in the state. Bradford, or Callery, is on the list, and the ban goes into effect July 2022.

It’s time for Pennsylvania to do the same.

Pennsylvania earlier this year considered adding it to the noxious weed list, but it was tabled for further study. Lawmakers are worried it will negatively impact the nursery industry. How about recognizing how these invaders are impacting the economy and overall health of our fields and forests?

Besides that, the Bradford pear really isn’t a great landscaping tree. Its lifespan is limited to just 20 to 30 years, typically. And most start experiencing broken branches just 10 to 15 years after planting.

Jackson recommends opting for these native species instead:

For more information on how to effectively remove Bradford pear trees, visit https://extension.psu.edu/callery-pear.