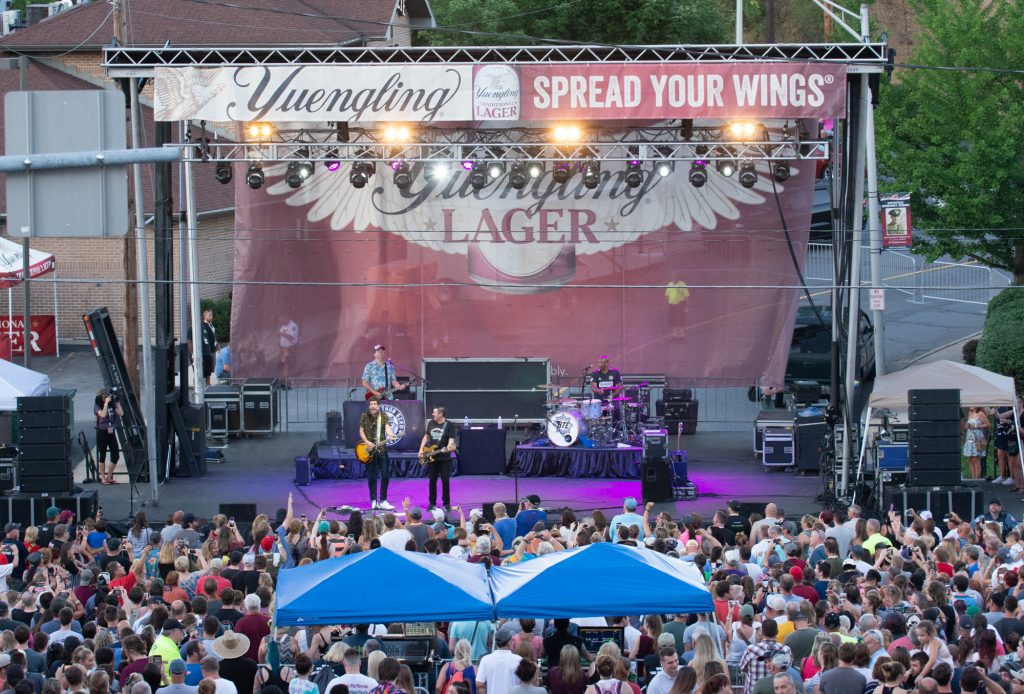 D.G. Yuengling & Son Inc. this morning officially announced it will have a second annual summer concert this year in Pottsville.

A website for this year’s event, www.yuengling.com/summercelebration, went live today, and fans can follow Yuengling’s Facebook page for more details and eventual announcement of the concert headliner.

America’s Oldest Brewery celebrated its 190th anniversary in 2019 with a free concert by platinum-selling alternative rock band Better Than Ezra. The headline act for this year has not yet been determined.

“Last year, our first-ever Yuengling Summer Concert Celebration was a tremendous success. We had over 9,000 fans from across the country in attendance to help us celebrate our 190th anniversary right here in our hometown of Pottsville, Pa., and the feedback was overwhelmingly positive,” Wendy Yuengling, among the sixth generation Yuengling family members currently operating the brewery, was quoted in a statement released to The Republican-Herald this morning. “As we kick off the new year, we are thrilled to announce that we will be hosting our second annual” concert.

“We are so grateful for the support of our fans and the community,” she continued, “and are excited to show our appreciation for all they have done to contribute to our success as America’s Oldest Brewery over the years.”

This year’s event will again include live music and food and artisan vendors.

The 2019 concert was developed as a way to give back to Yuengling fans and benefit the community’s revitalization by attracting thousands to the city for a day of celebration. Also, 5% of proceeds from Yuengling’s in-store gift shop sales in July went to the Pottsville Continued Progress Project.

More than 9,000 peopled attended the day-long festival filled with artisan vendors, food trucks and entertainment, including live bands throughout the day culminating with the Better Than Ezra performance and fireworks. There were 70 sponsors and 66 vendors, and visitors came from at least 25 states, according to Yuengling.

“Fans can follow along on our Facebook event page for details and exciting updates throughout the year,” Yuengling said. “We look forward to an even bigger and better celebration this year.”