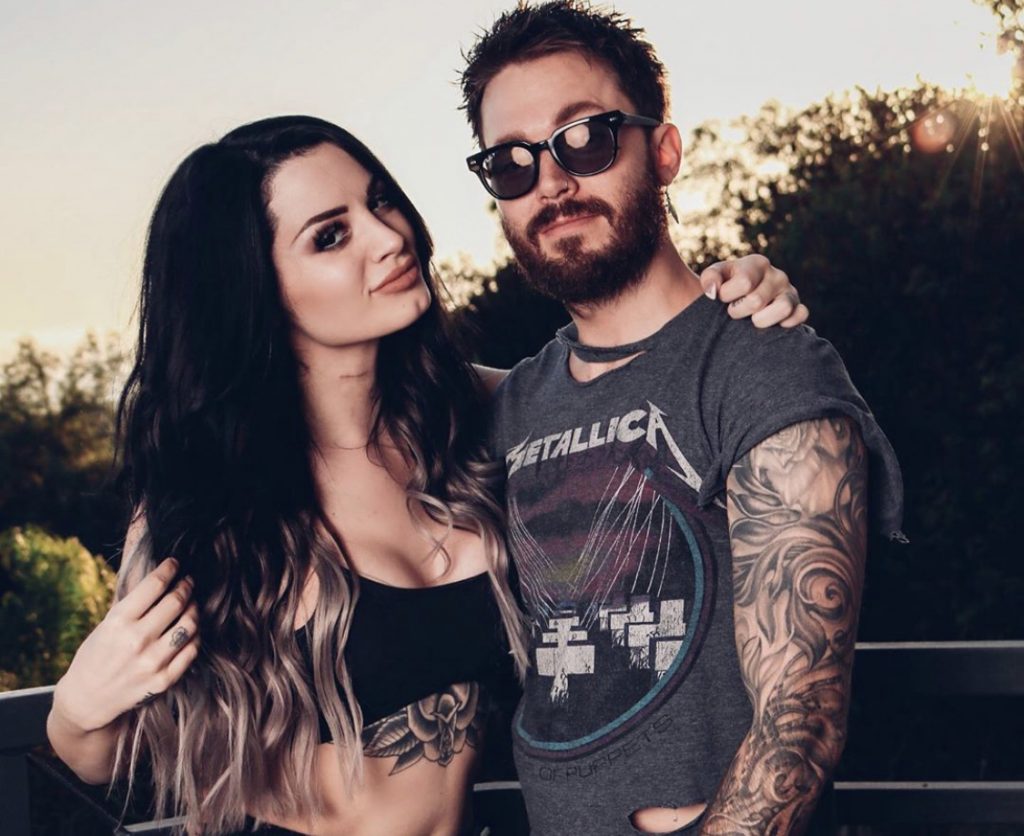 There’s nothing dull about this gray.

Bevis posted a video to her Instagram stories Tuesday that Rice, a stylist at Alexander’s Spa & Salon, Wilkes-Barre, was in her home of Los Angeles and working his magic on her locks. She debuted her new look on Instagram with a group of photos.

“My friend and hair genius @brandrice making a comeback 3 years later bringing back the grey ombre,” the caption read. Rice also posted a series of photos of Bevis showing off her fresh color on his account.

Rice linked up with Bevis in 2015 after she came across his work on Instagram. She traveled from her then-home in Orlando, Florida, to Style Tee in Wilkes-Barre, the salon where Rice was working at the time, for a two-day session which included custom single-strand extensions, ombred jet black to sapphire blue. He continued to work on Bevis’s hair over the next few years and also worked backstage at WWE pay-per-view event “SummerSlam” in Brooklyn, New York, on several wrestlers including Nikki and Brie Bella and Charlotte Flair. Rice also made an appearance on E! reality show “Total Divas” alongside Bevis.

Don’t call it a comeback! . . . Been 3 years since I worked on @realpaigewwe but we had to team up and bring back the silver ombré!! she’s backkkkk ladies and gents ???? @l2aquel

While Bevis retired from wrestling in 2018 due to a serious neck injury, she serves in on-camera roles for the company including “SmackDown Live!” general manager. She also started an apparel line, The Saraya Store, and a beauty brand, Saraya Jade Cosmetics. She told a fan on Twitter she’s currently recovering from neck surgery but would be back on TV soon.

According to his Instagram, Rice also has done hair for WWE Superstar Lana, as well as Luzerne County native tattoo artist, “Inkmaster” winner and star Ryan Ashley Malarkey. He’s an educator with Masters of Balayage and hosts classes for industry pros on the technique.