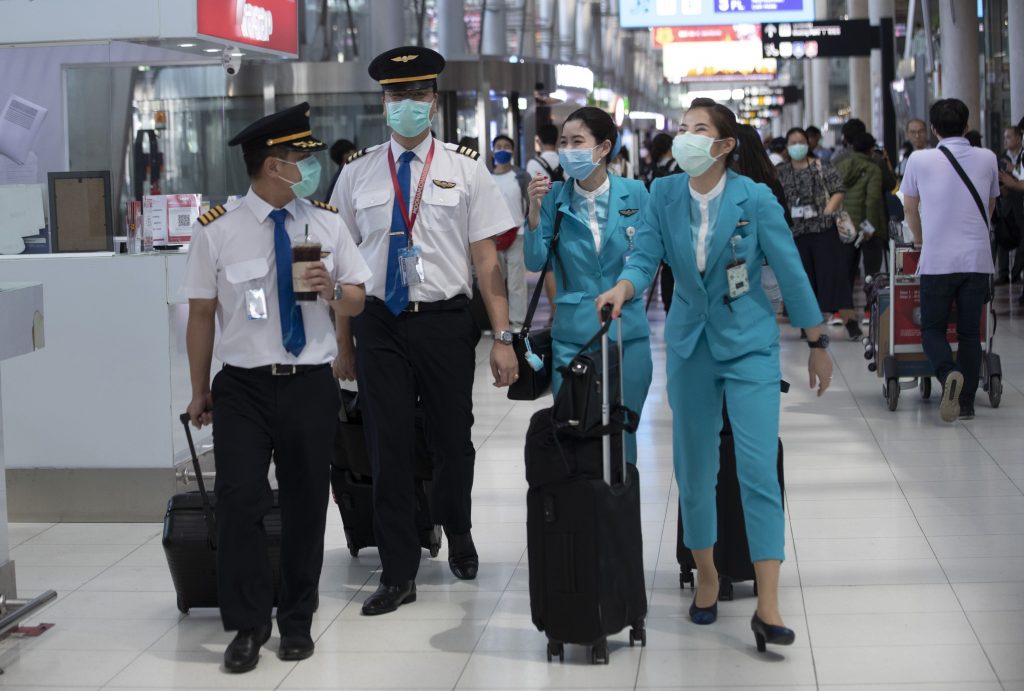 Virus concerns: What to know if you’re planning a trip

The fast-spreading coronavirus is forcing travelers to reconsider their trips.

As of Wednesday, the virus has sickened more than 94,000 people and 3,200 have died. The U.S. Centers for Disease Control and Prevention recommends avoiding all nonessential travel to China, Iran, South Korea and Italy, and says older adults or those with chronic medical conditions should postpone travel to Japan.

In response to this new reality, some airlines and hotels are adjusting their usual cancellation fees. And more people are beefing up their travel insurance coverage. Here’s what you need to know:

The situation is fluid and flight cancellations and policies differ, so travelers should check airlines’ web sites for updated information.

Most major airlines — including Delta, Emirates, Lufthansa, United and American —- have suspended flights to mainland China through the end of April. Some have also suspended flights to Hong Kong, while others are flying there but on reduced schedules. Airlines have also reduced or suspended some flights to Singapore, Tokyo, Seoul and northern Italy. Delta and American have suspended service to Milan through the end of April. Delta’s summer flights between New York and Venice, which usually begin April 1, have been pushed back to May 1.

Airlines will refund money for canceled flights, waive change fees for one-time itinerary changes or let customers use the value of the ticket toward future travel. But watch the fine print: If travelers switch to a flight this summer, for example, they could be charged the difference in the fare between their old flight and the new flight.

To ease travelers’ minds, some airlines — including British Airways, Delta, United, JetBlue and American — are waiving future change fees for tickets bought in the next two weeks. 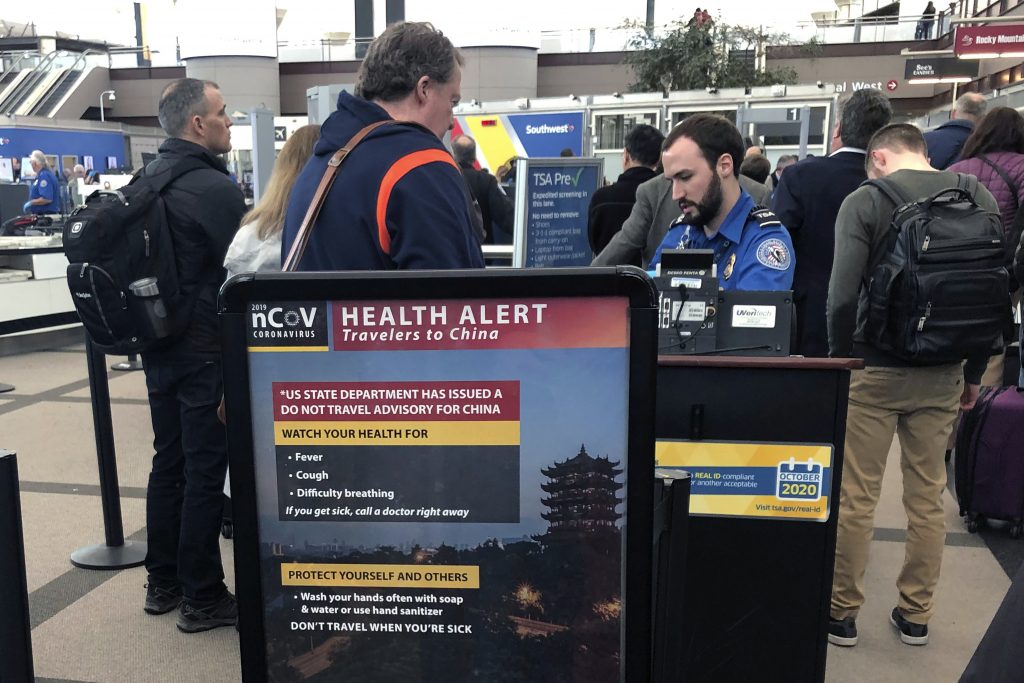 CHARLES REX ARBOGAST / ASSOCIATED PRESS
A health alert for people traveling to China is shown at a TSA security checkpoint at the Denver International Airport on Monday, March 2. A steep drop in business travel could be a gut punch to a tourism industry already reeling from the coronavirus outbreak, as big companies like Amazon try to keep employees healthy by banning trips.

Cruise lines have been moving Asia-based ships to other destinations such as Australia and Alaska and are turning away potential travelers who have recently traveled in Iran, South Korea, China, Hong Kong and Macau, according to the Cruise Lines International Association, a trade group. Some cruise lines, including Norwegian and Royal Caribbean, are also denying boarding to passengers who traveled through northern Italy.

Cancellation policies vary. Royal Caribbean says U.S. guests on cruises in Asia departing before March 23 can rebook their trips to a later date with no penalty. Guests who can’t board because they have traveled in certain regions will get refunds, Royal Caribbean said.

Big hotel chains are waiving cancellation fees for guests who had planned to travel to or from affected areas.

Marriott — which has temporarily closed 90 of its 375 hotels in China — is waiving cancellation fees through March 15 for hotels in China, Hong Kong, Macau, Taiwan, South Korea, Japan and Italy. Guests travelling from those countries can also cancel without a fee.

Airbnb is letting travelers going to and from China cancel their reservations without a penalty through April 1. Fees will also be waived for guests traveling to or from South Korea through March 9. The company says it will also waive cancellation fees in other locations if government or health authorities restrict access to cities, if flights are canceled or if guests are diagnosed with COVID-19 or suspect they could be ill.

More people who are sticking to their travel plans are paying extra for the right to get reimbursed after canceling a trip for any reason. InsureMyTrip said there has been a 60% spike in “cancel for any reason” riders since late January, shortly before the World Health Organization called the outbreak a global health emergency. Any-reason policies usually reimburse buyers for 50% to 75% of the nonrefundable cost of their trip. They generally must be purchased at the same time the buyer pays for the trip, or soon after.