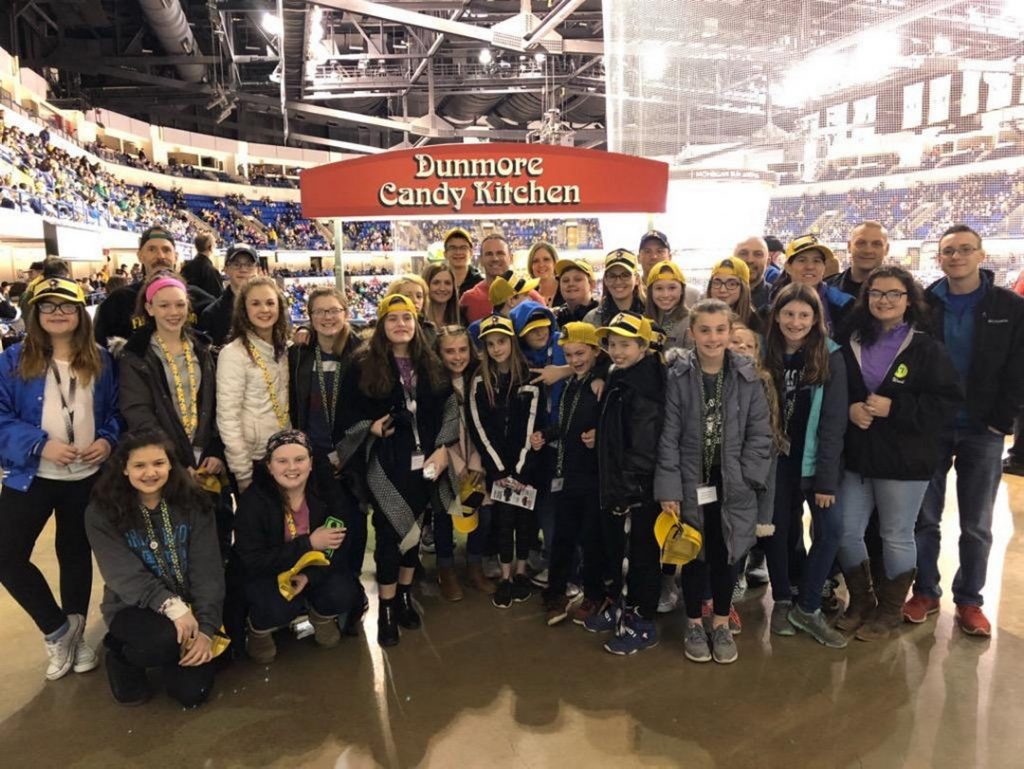 The Tunkhannock Police Athletic League hasn’t allowed COVID-19 to get in the way of its mission to foster relationships between youth and law enforcement in the community.

However, with social distancing and stay-at-home orders in effect, officers in the league have needed to figure out how to approach this mission a little differently for a while.

The Police Athletic League concept originated with the New York City Police Department and has been picked up in communities across the country. The local PAL formed in the late 1990s through the Tunkhannock Borough Police Department.

“We can’t do any of that with social distancing, but we still want to maintain the purpose of keeping relationships in the community,” said Wyoming County Chief Detective David Ide.

Since April 13, the league has been making connections virtually through the online “Tunkhannock’s Got Talent” contest.

Until May 4, any student in the Tunkhannock Area School District could submit a 30-second video of themselves displaying a special talent to the “Tunkhannock Police Athletic League” Facebook page.

After the deadline, a panel of police officers will judge the submissions and choose first, second and third place winners. Prizes include $100 and a trophy for first place, $50 for second place, and $25 for third place.

The TPAL has never hosted a talent contest, so Ide said its members look forward to seeing how it turns out. The league has received some submissions already, which he said have all been “great in their own way.”

The TPAL welcomes any talents to the contest, whether they’re athletic, artistic or something else entirely. Ide reminded that any TASD student is welcome to participate and encouraged them to use their imaginations.

Tunkhannock Borough Police Chief Keith Carpenter said with school programs suspended, the TPAL wanted to give kids another outlet to have fun and express themselves.

“Some time soon, we hope to be back up with multiple programs, but for right now, this is a good way to keep our interaction going with the youth in our community,” Carpenter said.

In his experience, Ide said cops have always stepped up for kids in their community, especially in Tunkhannock. He wants Tunkhannock’s Got Talent to give them something to focus on as they stay at home.

“I hope it occupies their time in a positive, safe way, and that they know the police in the community and everyone else is still thinking of them,” he said. “We’ll always be there to lend a helping hand along the way. This is just another way to do it.”