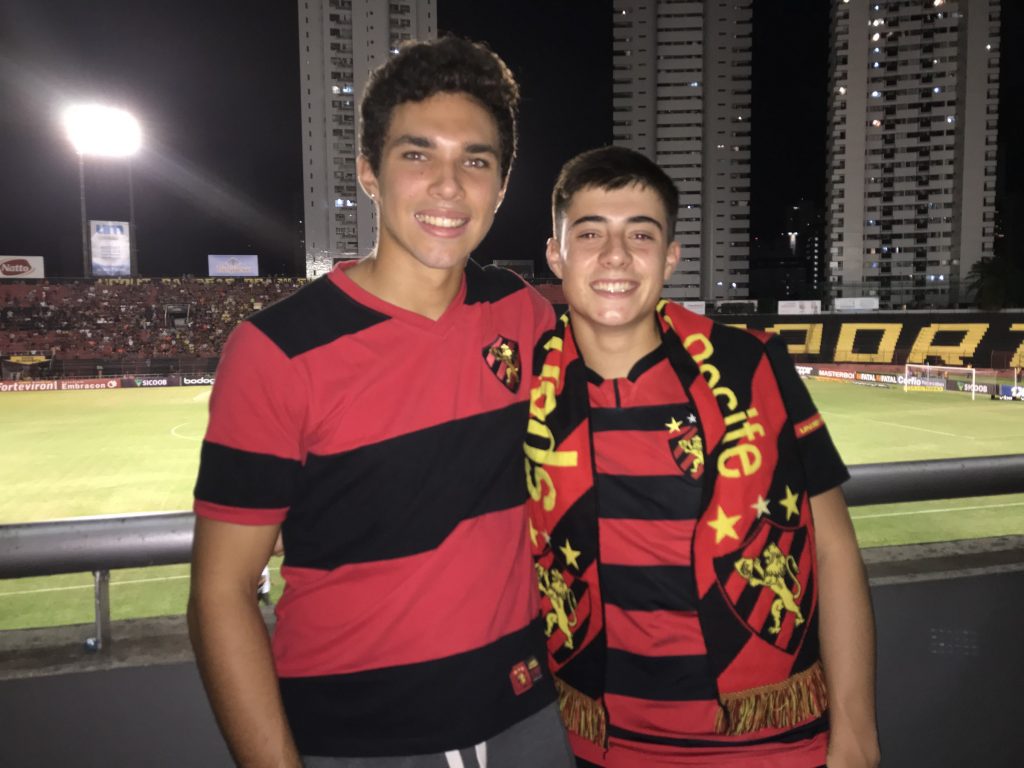 Around the time Paul DeMarco received his acceptance to the University of Notre Dame, the Rotary Club of Tunkhannock offered him a once-in-a-lifetime opportunity.

Through the Rotary Youth Exchange, DeMarco had the chance to spend a full academic year living and studying in Brazil.

Realizing the opportunities ahead, he deferred his enrollment to Notre Dame.

Rather than moving into a dorm in the fall of 2018, the Tunkhannock Area High School graduate set out for South America.

“It definitely gave me a bigger global scope of the world,” he said.

The Tunkhannock Rotary has participated in the Rotary Youth Exchange since 1960, sending high school students on short-term and long-term exchanges all around the world with the goal of promoting cultural and educational immersion.

Simultaneously, local families have also hosted inbound students from other countries wanting a similar immersive experience in the United States.

“It’s something they will remember for the rest of their lives,” said Tunkhannock Rotary Exchange Student Chair Anne Sehne, who coordinates the program for Rotary District 7410.

Through the Rotary Youth Exchange, students experience what it’s like to live in another country. This includes everything from going to school to learning to speak a new language.

The program is also significantly more affordable than others of its kind, differing by thousands of dollars, Sehne said.

Students ages 15 to 18 qualify for the program, though they cannot be older than 18 and a half by the time they leave home.

The Rotary set up DeMarco with a host family in Recife, the capital of Pernambuco. Already being a high school graduate, he attended a Brazilian high school for the sake of experience, learning Portugese and making new friends.

In addition to meeting Brazilians, DeMarco also had the opportunity to connect with other exchange students from different parts of the world who were also staying in Brazil.

While being away from home had its challenges, especially around the holidays, DeMarco said the good times outnumbered the tougher days. His host family also showed him love and kindness, and he wouldn’t trade the experience. 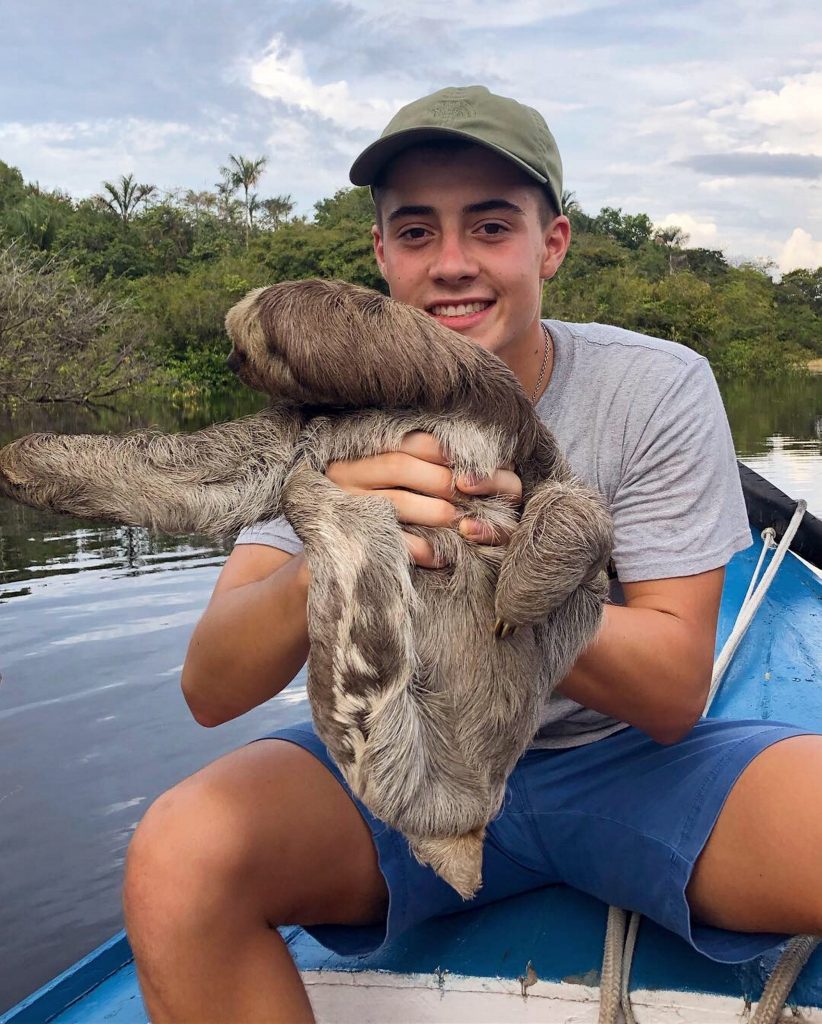 SUBMITTED PHOTO
Paul DeMarco holds a sloth in the Amazon during his Rotary Youth Exchange to Brazil.

He immersed himself in Brazil’s soccer culture during his exchange, going to games with his friends whenever he could.

The atmosphere in Brazil is also more relaxed and laid back, he added, summing it up with this example: If someone throws a party and says it starts at 3, that really means it starts at 4, and people won’t start arriving until close to 5.

For DeMarco, taking a gap year before beginning his mechanical engineering studies at Notre Dame gave him time to refocus.

“It was nice to have a year of reset where you learned in a different environment and in different ways,” he said.

DeMarco encouraged anyone with an interest to take advantage of this opportunity through the Rotary.

Outside of her role coordinating the program, Sehne has seen the Rotary Youth Exchange open doors for young people from two other perspectives. All three of her children have been exchange students, and her family has even hosted inbound students from multiple countries.

The program allows students to explore their post-secondary options at a pivotal time in their lives, while also teaching independence and self-reliance, Sehne said.

“Some of these kids get to know themselves better than people in their 40s,” she said.

Over the years, her family has made lasting memories and connections with inbound students, forming an “extended family” around the world. Her fondest memories include learning how to make foods from different countries and watching some students see snow for the first time.

The Tunkhannock Rotary holds orientation sessions with host families to prepare for the arrival of inbound students, encouraging them not to treat the students like guests.

“The most successful families are the ones that treat them like their own,” she said.

The local Rotary district also holds meet-ups for students throughout their exchange period.

For students who experience homesickness, Sehne reminds them to keep their “head, heart and body in the same country.”

If this is possible, then she promises they could have an “amazing time” and likely come home with a special place in their heart for their exchange country.

“You become almost like a global citizen and become part of that country,” she said.

Anyone interested in participating in the Rotary Youth Exchange as a student or host should contact Sehne via email at asehneyeo3@gmail.com.

Information is also available online at exchangestudent.org and rotary.org.