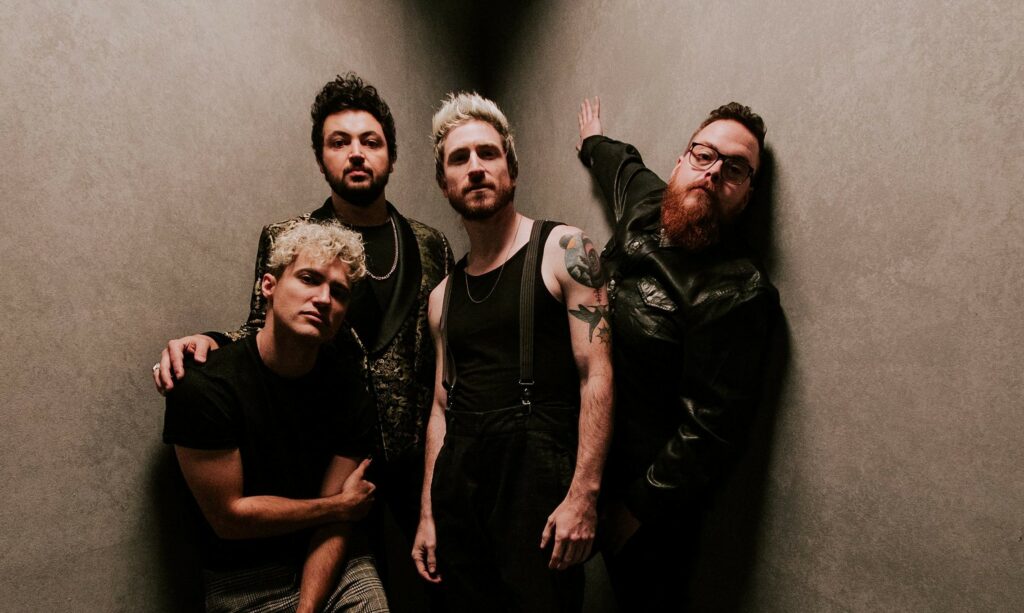 Walk the Moon’s single “Shut Up and Dance” turned into a summer anthem in 2015.

There’s no better way to celebrate the season than with Walk the Moon when it hits the stage at Summer Smash on Friday, July 19, at F.M. Kirby Center for the Performing Arts, 71 Public Square, Wilkes-Barre.

Doors open at 6 p.m., and the show, which starts at 7, also will feature In Real Life and Johnny Orlando. Tickets cost $25 to $35 for general admission and $100 for VIP meet-and-greet packages, plus fees.
According to WTM bass player Kevin Ray, the Ohio-based band is no stranger to Northeast Pennsylvania. From playing shows in the region to guitar player Eli Maiman’s ties to family in the area, the band is excited to be back in town and playing for NEPA fans.

“We love small-town America, because that’s where we grew up, too,” Ray said during a recent phone interview about the band, which also consists of lead vocalist Nicholas Petricca and drummer Sean Waugaman. 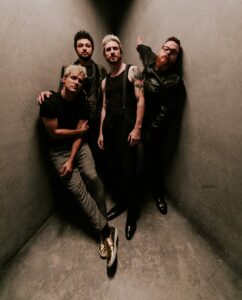 ANNA LEE / CONTRIBUTING PHOTOGRAPHER Headliner Walk the Moon will be joined by In Real Life and Johnny Orlando at Summer Smash on Friday, July 19, at F.M. Kirby Center for the Performing Arts, 71 Public Square, Wilkes-Barre.

WTM has a sporadic touring schedule this summer, Ray said, which includes lots of festivals before both Ray and Maiman become fathers in the fall. While no major albums are planned right now, the band continues to write and record music and will release songs over the next few months — some new music NEPA audiences might get to hear.

As for what else the crowd can expect from their performance, Ray said it’s hard to explain something as indescribable as experiencing a live show with instruments, lights, dancing and the energy of the room. WTM will do whatever it can to ensure its fans have the best night.

“I think a big thing for us is a high-energy experience. That’s where it is for us,” Ray said. “We love to connect with the audience. We don’t have fun if the audience isn’t having fun, and we’re always working to give that to them.”

Unlike WTM, Sergio Calderon of In Real Life, or IRL, has never even been to the East Coast, and he never thought he’d see the world too far beyond his hometown. That will change this weekend when Calderon — along with bandmates Brady Tutton, Chance Perez, Drew Ramos and Michael Conor — play Summer Smash.

“I saw Pennsylvania on the schedule and said, ‘Oh, word? That’s dope,’” Calderone, a San Francisco-area native said recently by phone. “That’s one of the best parts about this career. Not only the music and fans part but also getting to go to different places.” 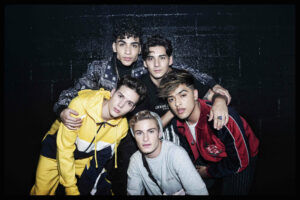 IRL, known for singles “Tattoo (How ‘Bout You),” “Crazy AF” and “Somebody Like You,” is a boy band that consists of the final five vocalists from ABC music competition series “Boy Band.” Calderon said NEPA crowds can expect to hear those tunes and other familiar songs as well as some new material. The group always is writing and recording new music, and it loves to surprise fans with never-before-heard songs at live shows.

“We’ve done that ever since the beginning,” Calderon said. “It’s so cool to show them something before it comes out and just see what they think of it.”

Calderon said fans also can expect to hear some acoustic versions of songs as well as high-energy portions. No matter what, audiences can expect IRL to give its best thanks to its appreciation of and love for the fans.

“We always say thank you, stop and say hi or give hugs because the fans mean the world to us,” Calderon said. “At the end of the day, without them, we wouldn’t be here.”

What: Summer Smash featuring Walk the Moon, In Real Life and Johnny Orlando
When: Friday, July 19, 7 p.m.
Where: F.M. Kirby Center for the Performing Arts, 71 Public Square, Wilkes-Barre
Details: Tickets cost $25 to $35 for general admission and $100 for VIP meet-and-greet packages, plus fees. For tickets, visit ticketmaster.com or the box office or call 570-826-1100.