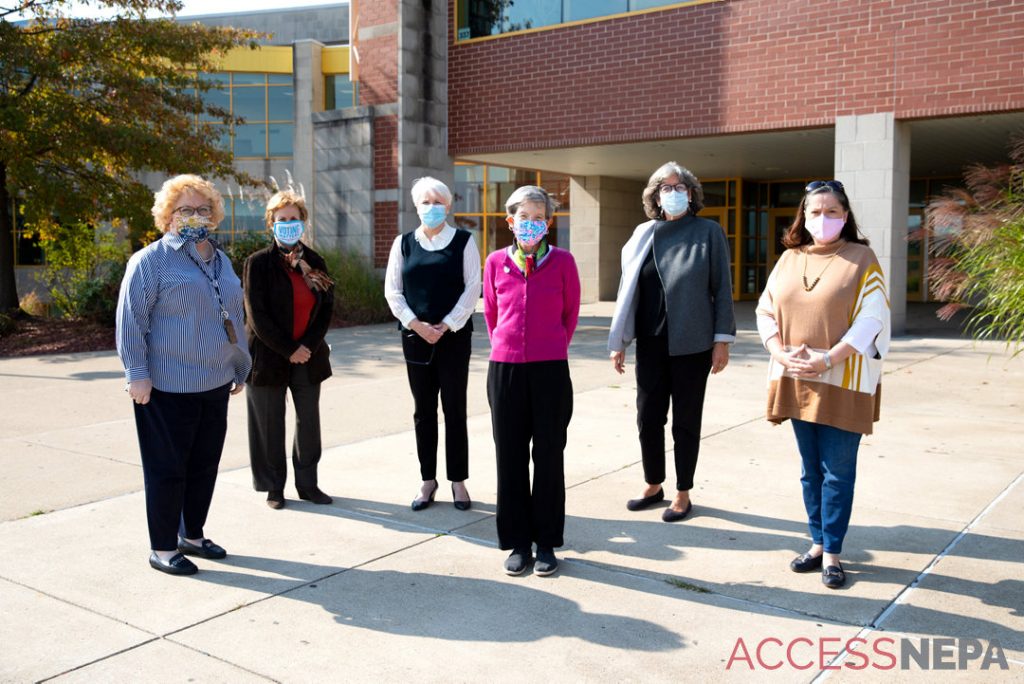 A caravan honoring the 100th anniversary of women gaining the right to vote will stop in Scranton this week.

As it makes its way from Philadelphia to Seneca Falls, New York — from the birthplace of America to the birthplace of women’s rights — the SHE Leads Road Rally, part of Vision 2020, a women’s equality initiative, will hold a short program outside Scranton High School, 63 Mike Munchak Way, on Friday, Oct. 16. The United States passed the 19th Amendment, which gave women the constitutional right to vote, in 1920, and centennial celebrations have taken place across the country all year.

“That gives us a chance to celebrate with this national group (the anniversary of) women’s right to vote and the importance of voting for everyone,” said Waverly Twp. resident Susan Belin, founder and chairwoman of Women’s Whistle Stop Scranton, a local non-partisan group helping with the event. “I think it’s a wonderful educational opportunity for us to continue to broadcast the message to the community about how important women’s right to vote is, as it was 100 years ago and … is today. And so the fact that they’re stopping here with some important people in their entourage who support responsible government and voting for everyone is just an important message for all of us, wherever we live.”

The rally, which will feature 20 racecars, originally was to happen in June but got pushed back because of coronavirus concerns. Women’s Whistle Stop ended up hosting a smaller local car tour around that time instead. Belin called that event “low-key” but noted it had a “wonderful message and there was a nice turnout.”

“There was a celebration of the 19th Amendment planned by this organization, Vision 2020, to go on all year long this year,” Belin said. “And of course since March, everything has been virtual, and this is one of the few they’re doing as a real, live, 3-D event, and it’s greatly scaled back.”

Belin expects the caravan to arrive in Scranton at 10:15 a.m., and a short program will follow at the high school. Belin will give a brief welcome, and those gathered also will hear from Scranton Mayor Paige Cognetti; Lackawanna County Commissioner Debbie Dominick; Lynn Yeakel, founder and president of Vision 2020; and David Thornburgh, son of Gov. Dick Thornburgh and CEO of the Committee of Seventy, a Philadelphia-based nonpartisan civic leadership nonprofit.

Thornburgh and Terese Casey, wife of Sen. Bob Casey, are expected to be part of the caravan, Belin said. The group also expects former Lt. Gov. Bill Scranton to attend and has invited Sen. Casey and Sen. Pat Toomey.

Women’s Whistle Stop is not encouraging a crowd to gather for the program because of the coronavirus pandemic, Belin said, but the public still can come out to watch the cars travel through the area. The group will come from Philadelphia via Interstate 81, enter the city through the Central Scranton Expressway and then make its way through downtown to the high school. After the program, the cars will fuel up at Sheetz, 500 Mount Pleasant Drive, Scranton, before getting back on the road.

The local group also created a set of buttons featuring suffragettes who “represent various parts of our community” that it will have available at Friday’s event and through community partners, said Lexie Kelly of Women’s Whistle Stop.

“It’s a visual reminder that it wasn’t just a privileged white woman’s campaign,” Belin said. “Now, as it was then, it’s vitally important to have all groups represented.”

“In order to get the vote out, it’s like, ‘Why does my vote count?’ And the vote counts because Zitkala-Sa was a Native American, and she fought for civil rights. … So when you go and vote, it’s because your vote means something, and you vote in honor of her,” Kelly said.

Women’s Whistle Stop also has created “voter business cards” available for free to area nonprofits that want to encourage voter registration and also has promoted the League of Women Voters’ Votes411 initiative. And the Lackawanna County Library System has collaborated on the “Hurray, Suffragettes: Celebrating 100 Years of Women’s Right to Vote” program, in which a library reads a children’s book related to voting, the suffrage movement and women in democracy. Geared toward girls 6 to 12, the program runs Tuesdays at 6:30 p.m. through Election Day, Nov. 3, and is broadcast live on the library system’s Facebook page.

When planning this year’s events, Women’s Whistle Stop had joined with 40 nonprofits, colleges and universities as official partners “to get them involved with voter registration, educating children and all the things that are so important in civil engagement,” Belin said. While they have had to make more modest plans instead in the wake of the pandemic, she said, “it’s the best we can do given our world today.”

The programs remind people of “what in many cases was a very brave commitment to guaranteeing the right for women,” Belin said, adding that people today need to remember that women endured forced feeding and imprisonment, among other obstacles, as they fought for suffrage.

“They got us the right to vote,” Belin said, “and we owe them a debt of gratitude.” 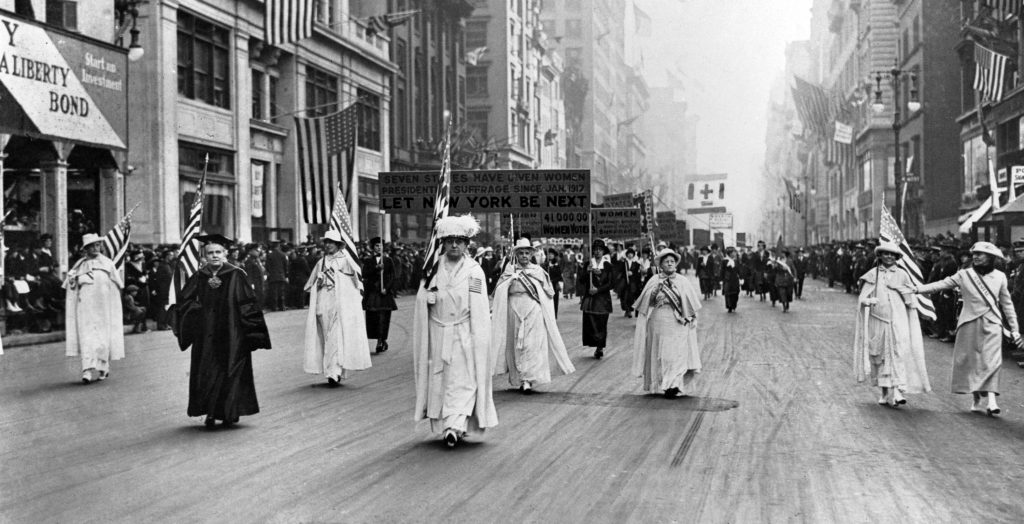 Women’s Whistle Stop has printed up buttons of nine suffragettes from a variety of backgrounds to help spread word about the history of the movement. Free buttons will be available during Friday’s SHE Leads Road Rally visit to Scranton as well as Greater Scranton YMCA, Dunmore, and through Whistle Stop committee members. University of Scranton students, faculty and staff also can pick up buttons on campus at the DeNaples Center. More pickup locations are in the works. To request buttons, contact Lexie Kelly at 570-677-7115.