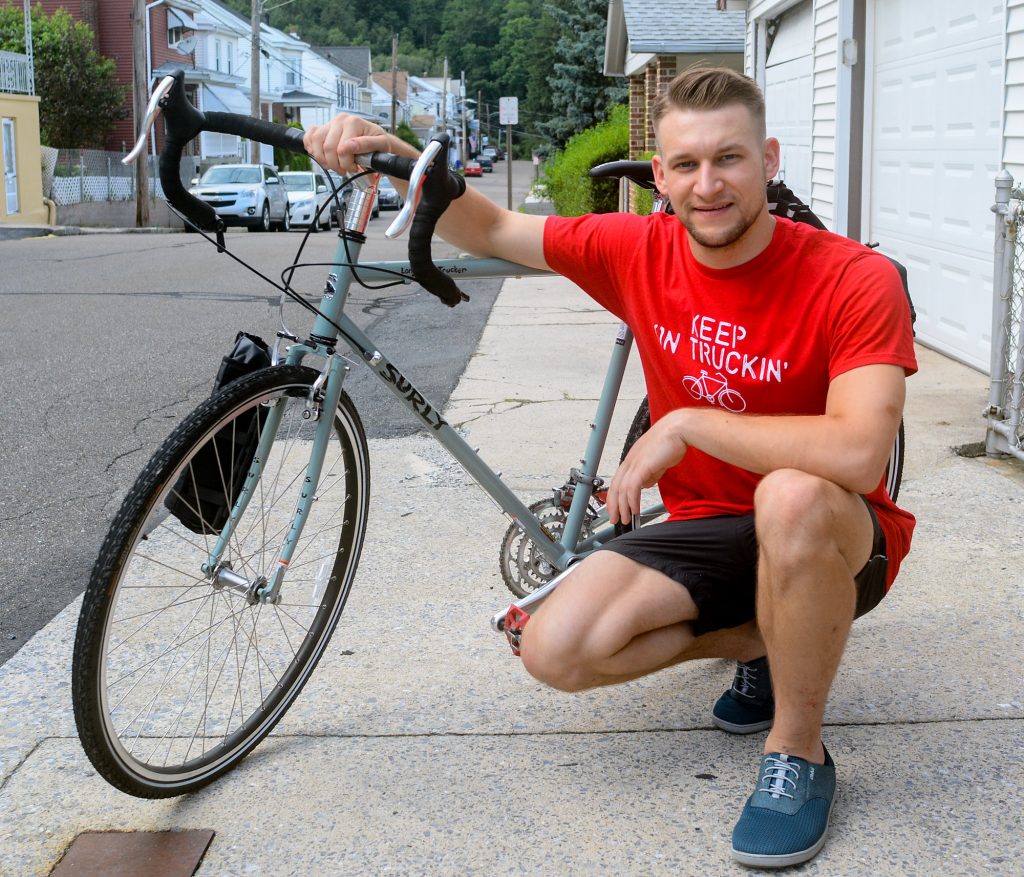 John Matulevich, the 25-year-old cyclist who’s on a bicycle trip across America to raise money for Tower City’s Back in Black Dog Rescue and Hillside SPCA, is approaching the end of his journey.

On Aug. 24, Matulevich, the owner of Ruthless Performance exercise and training company, started on the Western Express bike trail in San Francisco. He climbed to 11,300 feet above sea level at Monarch Pass in Colorado.

He said the extreme temperature differences are the biggest challenge, along with the weight of the supplies he must carry to fend them off. In the desert, he carried 300 ounces of water, the equivalent of about 37 cups, attached to his bike.

The worst stretch was in southern Utah, where temperatures averaged in the high 90s.

“This part of the route was extremely rural,” Matulevich said, “which required me to be extremely self-sufficient and resourceful. I’ve had to drink out of some questionable water sources, deal with very burnt skin, as any sunscreen would immediately sweat off.”

As of Thursday, he was in Harrodsburg, Kentucky, and said he planned to travel 100 miles a day for the rest of the trip.

His arrival at the finish line is slated to be celebrated Saturday at Pottsville’s Humane Fire Company with a Chinese auction benefiting Hillside and Back in Black, music and a bake sale.

For the last segment of the journey, from Pine Grove to Pottsville, he’ll be accompanied with a fire truck and a motorcycle escort organized by Hillside and Schaeffer’s Harley-Davidson of Orwigsburg. He invites anyone with a bike to join him for the home stretch.