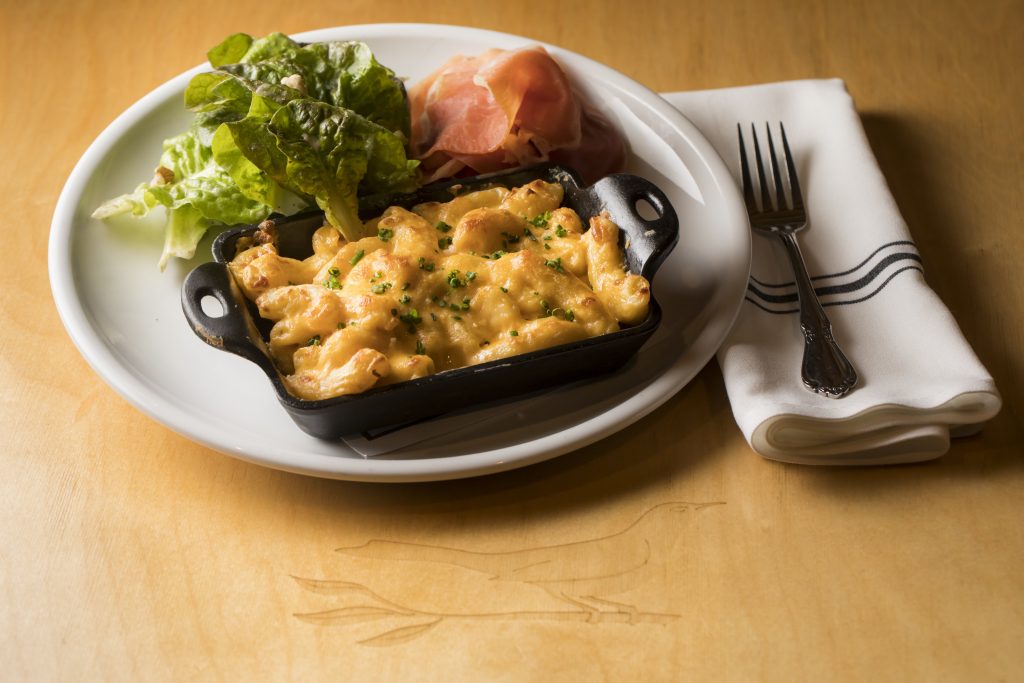 BY AMY WONG, THE SEATTLE TIMES

Sure, popcorn is the universal movie snack, but might we suggest some more unique items for your party menu?

In honor of the nine Best Picture nominees, we came up with some suggestions for food and drink pairings that relate to each film.

Most of these items were mentioned in their respective films in some fashion. For others, we took a little more… creative interpretation, shall we say?

Either way, ranked in order of aperitifs and appetizers to dessert, here are our picks for your party menu!

In a movie deeply entrenched in product placement, from very frontward facing Coca-Cola bottles, to the literal title of “Ford” and “Ferrari,” there’s lots of inspiration for your food and drink choices. But I’m gonna go with a classic Budweiser beer, a very quintessential man’s man beverage in the “Ford v Ferrari” universe.

As your guests trickle in, invite them to predict the winners. Then, to kick off your Oscars evening, raise a cold bottle of Bud for a celebratory toast as British driver Ken Miles (Christian Bale) does in the movie! Just don’t drink and drive.

Allow us a minute for a brief explanation. “Jojo Rabbit” strikes a delicate balance between the dangerously naïve worldview of a boy in the Hitler Youth and the reality of that universe — that is, Nazi Germany in the dying embers of World War II. Scarlett Johansson, as Jojo’s mother (who is hiding a young Jewish girl in the family’s attic), is relentlessly upbeat as she tries to repel her son from the Third Reich. The film goes for a gut punch when Jojo is forced to reconcile these worlds.

The conflict manifests at the dinner table — supposedly neutral ground, like Switzerland, Johansson’s character suggests. Saying she’s not hungry, Jojo’s mother elects to “chew on these grapes,” swigging some red wine around her mouth. On Jojo’s plate, the grim reality: plain toast, all of which Jojo scarfs down to spite the girl in the attic.

So start your party with some grapes. And no, you don’t have to offer your guests plain toast. Take some artistic liberties and conjure up some tasty bruschetta instead. We dug through the ol’ recipe archives and came up with this bruschetta recipe.

Looking for a sweeter appetizer for your party? Food and cooking were a big part of Louisa May Alcott’s book, and this was well represented in Greta Gerwig’s version of the movie. One of the most visual scenes in “Little Women” includes a breakfast table spread full of pies, biscuits, ice cream, potatoes and a quintessential dessert: poached pears.

Make your own poached pears with our recipe and eat this spread up quickly, or donate it to the less fortunate — whatever your heart tells you, but also think, what would Jo March do?

Serve these warm or chilled, with a drizzle of reduced cooking liquid, chocolate sauce, vanilla custard or ice cream. Trim the bottoms of the cooked pears so they stand upright, or slice them vertically, leaving the slices attached at the neck. Then gently push the stem end down while twisting the pear to fan it out.

You can poach almost any variety (avoid the super-juicy soft ones like Bartlett, which will fall apart), but I prefer Bosc because they maintain their texture, and their shape is so beautiful. Or try tiny Seckel or Angel pears because they are the perfect size to serve on top of a crème brûlée or alongside a slice of cake.

As you peel and core the pears, drop them into a bowl of cold water with a few tablespoons of fresh lemon juice to keep them from browning.

In one of “Parasite’s” most intense scenes, the Park family’s housekeeper is asked to make jjapaguri, (in the English translation of the movie, it’s referred to as ram-don) a popular Korean food that mixes two types of instant noodles: jjapaghetti and neoguri. Here’s a handy recipe for jjapaguri. And if you’re feeling particularly wealthy, top the dish off with some grilled sirloin.

Director Bong Joon Ho told the Los Angeles Times that he came up with what’s essentially “steak-on-a-pile-of-instant-noodles” to show that the wealthy housewife in the movie “wanted to please her young son” but “the rich wife couldn’t stand her kid to eat this cheap noodle so she adds sirloin topping.”

Note: Add some thinly sliced sautéd sirloin as a topping if you want to mimic the scene from the Korean movie “Parasite (2019)”.

Brad Pitt has a thing for eating food in movies — in “Ocean’s 11” he allegedly ate 40 shrimp while filming one scene. There’s nothing more charming than Hollywood’s sweetheart making the most humble Kraft mac ‘n’ cheese, the hallmark meal of children and college students alike, during “Once Upon a Time.”

But if you want to make something a little more sophisticated to wow your party guests, this Edouardo Jordan recipe is the perfect entrée.

Honorable mention: Pitt’s character, Cliff Booth, chills at a bar with a Bloody Mary, while Rick Dalton (Leonardo DiCaprio) enjoys a whiskey sour. There. Those are your party drink options. You’re welcome.

Bring it all together:

We know this sounds like a strange option. Bear with us. Here’s why this beverage is essential to your Oscars menu.

Early in the movie, the protagonist, Lance Corporal Schofield, finds a pail of milk at an abandoned farm, and eagerly fills his canteen with it. He doesn’t know at the time, of course, but this bounty of milk will later help him win the trust of a French woman he stumbles upon deep behind German lines. The woman and her infant are starving, and she is immeasurably grateful when Schofield hands her his canteen of milk to feed her baby.

So take a swig of milk at your party in honor of Lance Corporal Schofield, or hey, just add it to the beverage we’re recommending to commemorate our next movie.

Joaquin Phoenix’s Joker has a complicated relationship with food — Phoenix apparently lost a staggering 52 pounds in preparation for the role! — but in the few scenes in which he is eating, it’s with his effervescent neighbor Sophie.

If you’re feeling friendly, take a mid-party interlude and grab a cup of joe with your pal down the hall, just make sure you know they’re there.

Or, better yet, invite the neighbor over, fill up the old coffee pot and caffeinate your party guests to get them through some of the long, drawn out thank you speeches and quell any sign of a food coma.

Because dessert is next.

“What kind of pie is that?”

And…. are you sobbing yet?

My favorite scene from “Marriage Story” was this one involving divorce papers, a panic stricken Merritt Weaver and a store-bought pecan pie.

Go buy one to complete your Oscar’s party menu. Or if you want to opt for a homemade one instead, try this recipe.

Now that you and your guests are stuffed, take a moment to pause and contemplate all the gems from this past movie season before you dig into a giant bowl of ice cream.

From Al Pacino himself on his character Jimmy Hoffa: “He wasn’t a drinker, wasn’t a smoker. He liked his ice cream. Ice cream was a pause in his life where he could think and just sit with it — at least, that’s the way I thought of it.”

Sit with it. Ruminate and appreciate all the nominees. Add toppings to your ice cream bowl from the “make your own” sundae bar you should most definitely assemble for your guests in your living room right next to the TV.

And perhaps, by the time all those ice cream bowls are empty, you’ll hear the magic words, “And the Academy Award for Best Picture goes to ….”