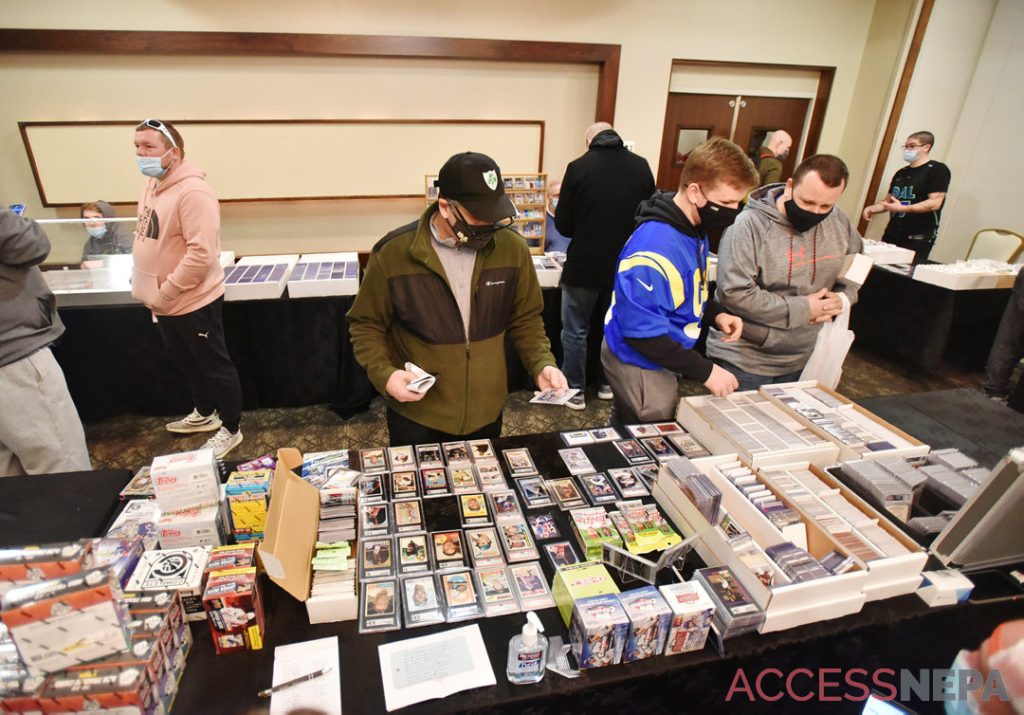 The sports card business — which combines passionate collecting and cold-blooded investing — is booming.

That was clear March 14, when a sports card show filled a ballroom at the Woodlands Inn and Resort. A steady stream of card enthusiasts browsed a large collection of cards from professional sports as well as gaming cards such as Magic: the Gathering.

The boom began a few years ago, when mostly young investors turned to sports cards as an alternative to a volatile stock market, said Bob Ferri, the organizer of the card show.

The renewed interest really took off over the past year, as people stuck at home during the pandemic dug out old sports cards and word spread about the spike in the value of some cards, Ferri said.

Ferri, a 73-year-old resident of Old Forge, said he has been in the sports card business for 40 years and used to travel extensively for card shows as far away as Niagara Falls, New York. 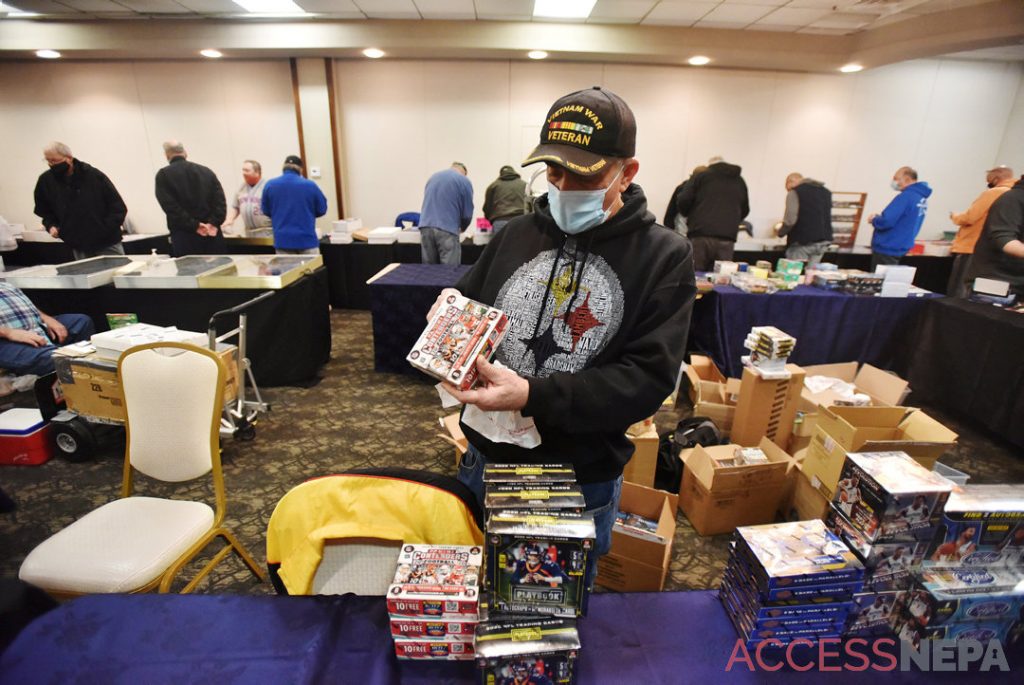 SEAN MCKEAG / STAFF PHOTOGRAPHER
Show organizer Bob Ferri, of Old Forge, gets a box of cards for a customer at the Sports Cards & Collectibles Show at the Woodlands Inn and Resort on March 14.

The current boom and spike in prices is unprecedented, he said.

Jeff Skwierz, a sports card collector for more than 30 years, also said he has not seen anything like it. Skwierz, 38, of West Wyoming, said he started to collect baseball cards for fun when he was just 5 or 6 years old. He continued to collect sports cards into adulthood, accumulating “boxes and boxes of cards,” Skwierz said.

Skwierz described himself as more of a collector than an investor, though he said he pays attention to how much money it takes to buy or sell cards. That cost increased drastically in recent years and especially over the past year, said Bob Yenalevitch, owner of Classic Sports Cards & Collectibles in West Pittston.

“I’ve never seen anything like it,” Yenalevitch said. “It just exploded.” 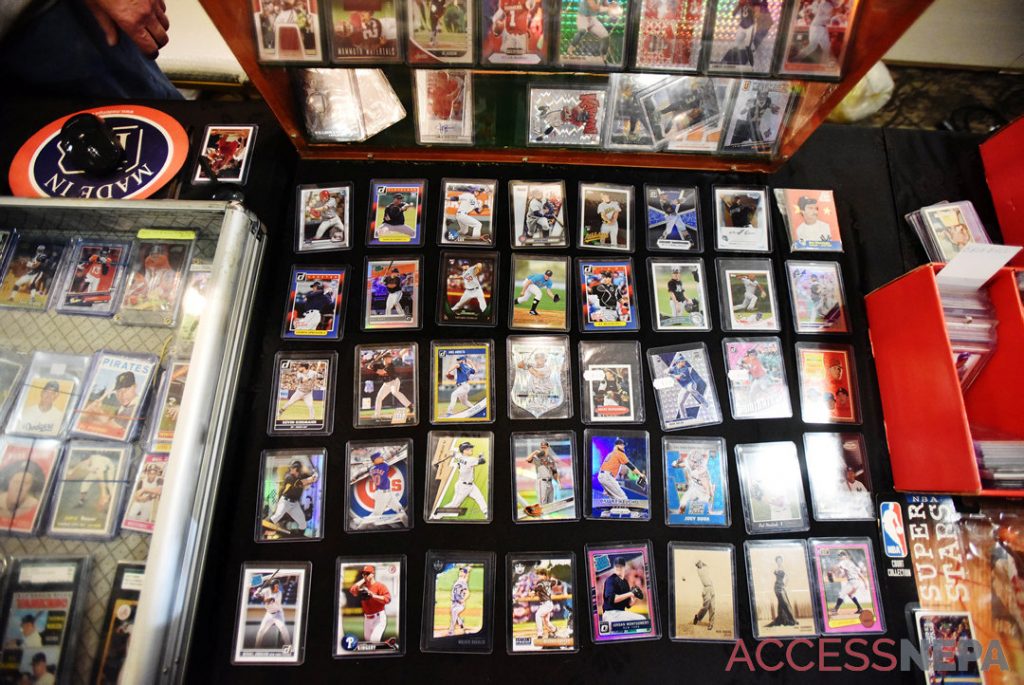 SEAN MCKEAG / STAFF PHOTOGRAPHER
Sports cards are on display at the Sports Cards & Collectibles Show at the Woodlands Inn and Resort on March 14.

The boom in card collecting started prior to the coronavirus pandemic, but pandemic-related restrictions that left people at home with old card collections “was like pouring gasoline on a fire,” Yenalevitch said.

“People at home watching YouTube videos, seeing what these cards are selling for … the potential to make money is incredible,” he said.

A box of cards that would have sold for $125 to $150 a few years ago might sell for $700 or more today, Yenalevitch said. While the condition of the cards plays a large role in determining value, older is not always better, he said. Cards issued in limited production in recent years are often more valuable than cards that were mass-produced in the 1980s and ’90s, he said.

So how long will the sports card boom last?

“That’s a good question,” Yenalevitch said. “As long as investors on Wall Street are involved I don’t think it’s ever going to crash.”