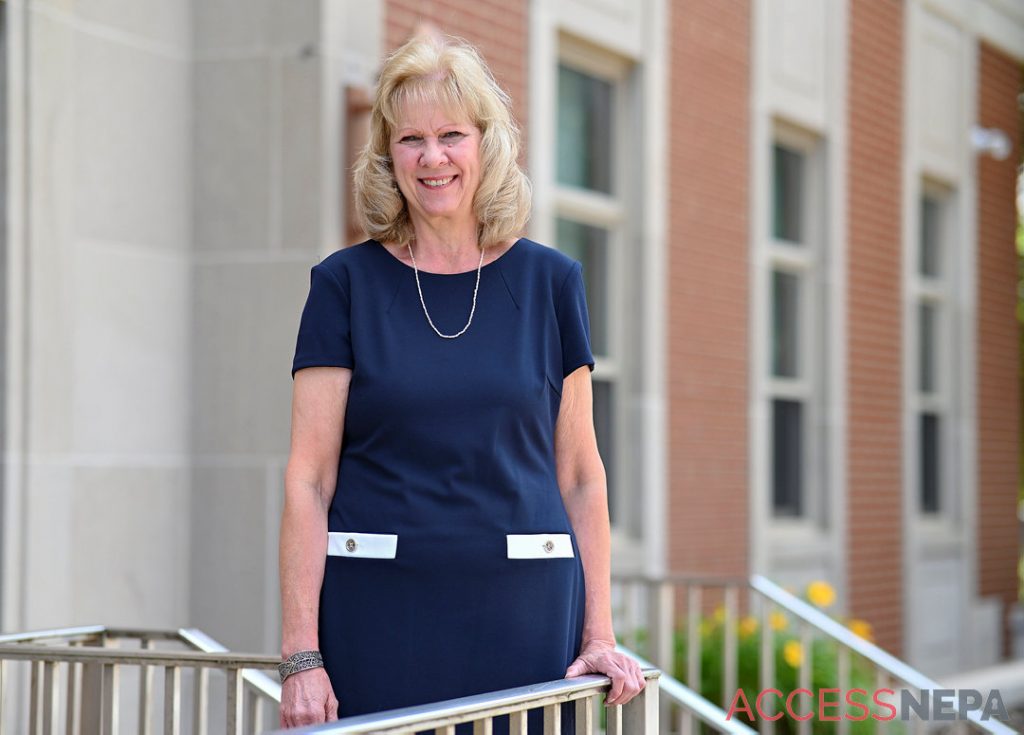 Safe environment coordinator reflects on time at Diocese of Scranton

Kathleen Bolinski has no doubt that she’ll shed some tears when she walks out the door on her final day with the Diocese of Scranton.

After eight years, Bolinski will say goodbye to her job as safe environment coordinator this summer and head into retirement.

“It was an incredible opportunity, and I was very, very fortunate that they selected me for this job because it’s a huge responsibility but a very important one,” she said. “I know I’m going to feel sad, but I hope I will also feel blessed because of having that experience.”

A licensed social worker, Bolinski came to the diocese after many years working for various social services organizations. After earning a bachelor’s degree in psychology from Wilkes University and armed with a predilection for caregiving, she worked for Volunteers of America, followed by positions with Catholic Social Services, Big Brothers Big Sisters and the Family Service Association of the Wyoming Valley. Bolinski also earned a master’s degree in social work from Marywood University.

After shifting to the human resources field for a little while, Bolinski heard about the job with the diocese, which she thought combined her social work and HR backgrounds.

“It was really a match made in heaven,” she said with a laugh.

Bolinski, whose husband died in 2012, took the job and moved from her native Luzerne County to South Abington Twp. Since then, she has worked to ensure everyone who works for and volunteers in the diocese undergoes background checks and required training, and she also consults should any situations like abuse allegations arise.

The position originated around 2003 after the U.S. Conference of Catholic Bishops moved to protect youth by requiring a safe environment program in every diocese, Bolinski said.

“I like the fact that I can assist people in becoming more aware of the prevention of child abuse, to look for red flags that can indicate something’s happening and, most importantly, to feel comfortable reporting abuse when it needs to be done,” she said. “I really enjoy the training that comes with it.”

Bolinski knows abuse can be a difficult topic, but as a social worker, it’s one she unfortunately has been familiar with for many years. Feeling at ease to discuss the topic, though, “can then translate into other people becoming more comfortable with it,” she added. And she travels throughout the diocese’s 11 counties to help people feel comfortable enough to alert others should they notice a red flag.

“I was very lucky in that the majority of my experience in social services was in prevention work,” Bolinski said. “So rather than dealing with maybe some real high-crisis situations … I was able to look at it from the other side of the spectrum and work with youth and families on preventing those kinds of issues (from) occurring.”

Bolinski, who serves on the parish council at St. Peter’s Cathedral in Scranton and belonged to the social justice committee at her former parish, has enjoyed traveling around the diocese and meeting new people. She reminds them that although she is a diocesan employee, she works for them. If they need help, she said, all they have to do is pick up the phone and call her.

Since Bolinski joined the diocese, it developed a youth code of conduct and has an online handbook. But Bolinski feels most proud of establishing a safe environment advisory committee, which she proposed in 2016. She reached out to parishes and schools for volunteers, and more than 40 people stepped up.

“It serves as a very important purpose for me in part because I’m at the level where I’m creating policy, implementing policy and enforcing policy, but I need to be in very close touch with those out in the field, so to speak,” she said. “They are the ones out on the front line dealing with volunteers, dealing with families. … It was really great for me to get their input.”

When the pandemic began and Bolinski shifted to working from home, the idea of retirement started to grow. She had seen the affect dementia had on her late mother, and losing not only her husband but also her parents in recent years made Bolinski realize just how precious life is. Deciding to try to enjoy life while still young and healthy, she’ll retire a few years early.

“I’ve spent my whole career as a social worker caring for other people,” Bolinski said, adding that “now is the time I can take care of myself a little bit.”

Bolinski feels proud to have remained in Northeast Pennsylvania for her more than 40-year career, noting how she worked with a lot of wonderful people — social services employees she believes don’t get enough credit for their hard work. Since announcing her retirement, she heard from many people who reminded her that her own work has been effective, which she called “incredibly uplifting.” And she has enjoyed working for the diocese and Bishop Joseph Bambera, who she described as “an incredible human being” who “truly does care about the flock that he guides.”

“It’s really been a wonderful way to close out my formal career,” Bolinski said. “They’ve been wonderful to work for.”

Bolinski’s last day is June 30, but she will stay on in a limited basis in July to guide her successor so they have a smooth transition. After that, the self-described “planner by nature” plans to not make any plans.

“I just aspire to have peace and happiness for however long I’m granted left on this Earth,” she said.