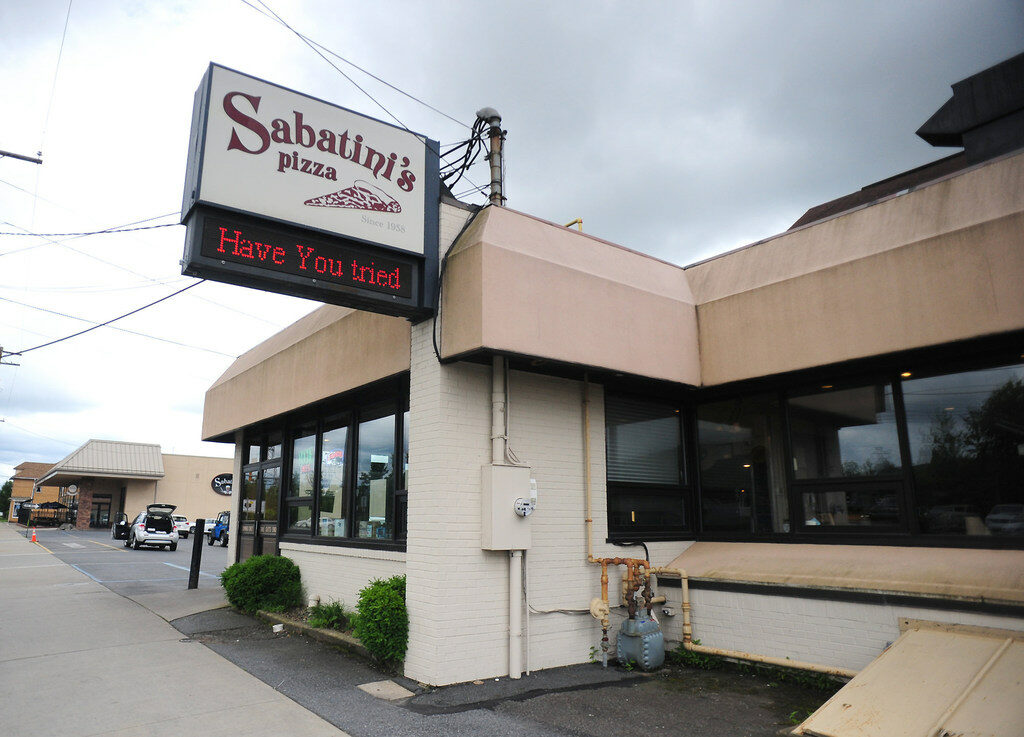 Sabatini’s builds on pizza past while preserving tradition

Lindo Sabatini can eat pizza three times a day without getting sick of it. The taste for the Friday night favorite was instilled in him while growing up in his family’s restaurant.

As the third-generation owner of Sabatini’s Pizza in Exeter, he’s worked for years to keep traditions alive while also slowly growing the business to include modern food trends. The eatery was established in 1958 by Sabatini’s paternal grandparents, John and Catherine, who only sold pizza and maintained ownership until 1973. That’s when Sabatini’s parents, Joe and Carol, took over, and they later showed their son the ropes of working in food service.

As a kid, Sabatini spent countless hours bussing tables, folding pizza boxes and making trays for customers. He moved up to manager in 1995 under the mentorship of his parents, until he and his wife, Maria, bought the Wyoming Avenue business from them in 2005. Sabatini added fried appetizers and wings to the menu once he took over, and a year later, installed a flat-top grill for cheesesteaks.

“It’s been small changes over the years to bring other items in,” he said. “We’ve added plenty of specialty pizzas that my grandpa never would have even thought of.”

The regular house red is a bit different than average — Sabatini’s layers the sauce over the cheese so it all melts down together.

“In different parts of the country, this is called ‘upside-down,’ but it’s been right-side-up for us since 1958,” he said.

Beyond the traditional pie, Sabatini’s Stuffed White and Chicken Wing varieties are big sellers, and odd combinations, such as Pickles and Bacon, have become popular, too. In the past, the pizzeria has even followed diet fads, such as introducing low-fat options when South Beach was trendy and currently serving gluten-free cauliflower crusts.

The original building that houses the restaurant has undergone a few major renovations through the years, doubling in size in 1973 and then again in 1988 to accommodate demand (bringing the seating up to just over 200), then renovating the building next door to add Sabatini’s Bar and Bottleshop in 2015. The structure had operated as Play Plaza, a family entertainment center, for 13 years, then sat empty for a long stretch until Sabatini put together a plan to offer beer-loving customers another 15,000 square feet of bar space.

Guests can order pizza at the bottleshop, where business hours extend later into the night and early morning. The beer list had expanded ever since Sabatini became manager in 1995, he said, and now boasts more than 3,000 brews.

“It’s new, it’s beautiful, and we got back to our roots serving just pizza over there,” Sabatini said of the bottleshop, which can seat about 100. “And this side (the pizza shop) is busier than ever since it opened.”

He also frequently hosts beer events, which attract “all sorts.”

“I have painters and surgeons, 22-year-olds and 80-year-olds, all at the same table having fun,” Sabatini said. “Who doesn’t love beer and pizza?”

Work is crazier than ever, Sabatini noted, and he often puts in about 100 hours per week. These days, he’s occasionally joined by his own children — Sofia, 14; Savino, 12; and Santo, 7.

“They all come in when I let them,” he said with a smile.

The greatest lessons he learned — ones that he plans to pass down to his kids should they decide to take over one day — are that attention to detail and consistency are the keys to success. Sabatini has tried hard to ensure the taste and price of his product has remained the same, and he uses the best-possible quality of ingredients.

Just as Sabatini has celebrated life events and milestones in business, his customers have come to make the pizza shop part of their most special occasions.

“With kids, we’ve heard people say it’s their first pizza they try. We’ve had first dates, literal weddings, every type of family event here,” he said. “You see a lot of people grow up. Kids who were on preschool tours to watch the pizza being made are now coming in to the bar.”

The greatest satisfaction comes from knowing he’s been able to keep people happy when they come in, for which Sabatini gives much credit to his staff, many of whom have been with him for years.

“We have 40 to 50 employees a day between the two buildings,” he said. “I’d go crazy if I didn’t have such great people. I’ve been lucky.”