“Spider-Man: Far From Home” hit theaters during the holiday week with a lot to prove.

Just a few months ago, “Avengers: Endgame” perfectly wrapped the Marvel Cinematic Universe’s first three phases for its loyal fan base. At least that’s what the title made audiences believe. “Spider-Man: Far From Home” is actually the final movie of Phase 3. The studio tasked the film with taking the franchise to the next level, into uncharted territory. It placed confidence in a hero it acquired only three years ago, portrayed by a 23-year-old budding star.

With an opportunity to perhaps rest on its laurels or start a downward trend after folding under the weight of the pressure, the MCU didn’t disappoint.

Tom Holland returns as the friendly neighborhood Spider-Man/Peter Parker in the eighth movie that centers on the character (second in the MCU) and 23rd film of the MCU. It tells a great story of a teenager struggling to move past the death of a friend, a mentor and a father figure in Tony Stark/Iron Man. The weight of his responsibilities prove too much to handle as he just wants to be a kid again. Although the theme, with great power comes great responsibility, is overdone, the franchise still finds a way to keep it fresh and expand on it.

Holland and Batalon nail their roles again and Brant has a surprisingly bigger role in the film that works very well and gives the movie more humor, something at which “Spider-Man: Far From Home” excels.

Zendaya also truly and impressively steps into the role of MJ in this sequel. She teams with the strong writing to make the character her own and arguably the best iteration.

Adding an actor of Gyllenhaal’s caliber can only help a film and he nails this character with a layered performance.

Marisa Tomei’s Aunt May is the only character that doesn’t work. It has nothing to do with Tomei, an incredible actress, and everything to do with the writing. For the third straight film (starting with her introduction in “Captain America: Civil War”), Aunt May serves as an object for men to ogle at while mostly leaving what she means to her nephew on the back burner.

The action improves from the first film, although nothing will ever top the “Spider-Man 2” train sequence. The effects also shine, which is commonplace in this franchise.

“Spider-Man: Far From Home’s” heart makes the film. Peter Parker and Tony Stark had a powerful bond and the writers did a phenomenal job not ignoring that. It also gives the audience a chance to remember the greatness of the MCU and what Iron Man brought to the franchise while giving it an opportunity to move past his death. The way the movie handles Spider-Man’s arc honors Iron Man and Robert Downey Jr. and gives fans a glimpse of the future.

The movie also knows Parker’s age, and allows the audience to connect to a teenager and understand the pressure he must feel. Parker struggles to become the man the world needs. He hasn’t graduated from high school. He just wants to go on a field trip with his friends and talk to a girl he likes. That attention to detail helps the film thrive in a way the previous iterations couldn’t. As good as Tobey McGuire and Andrew Garfield were as Parker, it doesn’t connect as well because their ages didn’t match up with the character.

The end credit scenes are some of the best of the MCU and further affirm the franchise is here to stay.

“Spider-Man: Far From Home” is a fun film with a lot of heart that gives fans an opportunity to feel nostalgic for the past and excited for the future. The filmmakers once again proved intelligent and respectful to the character and fans so devoted to the franchise.

And the MCU proved it has plenty left in the tank and many more stories to tell. 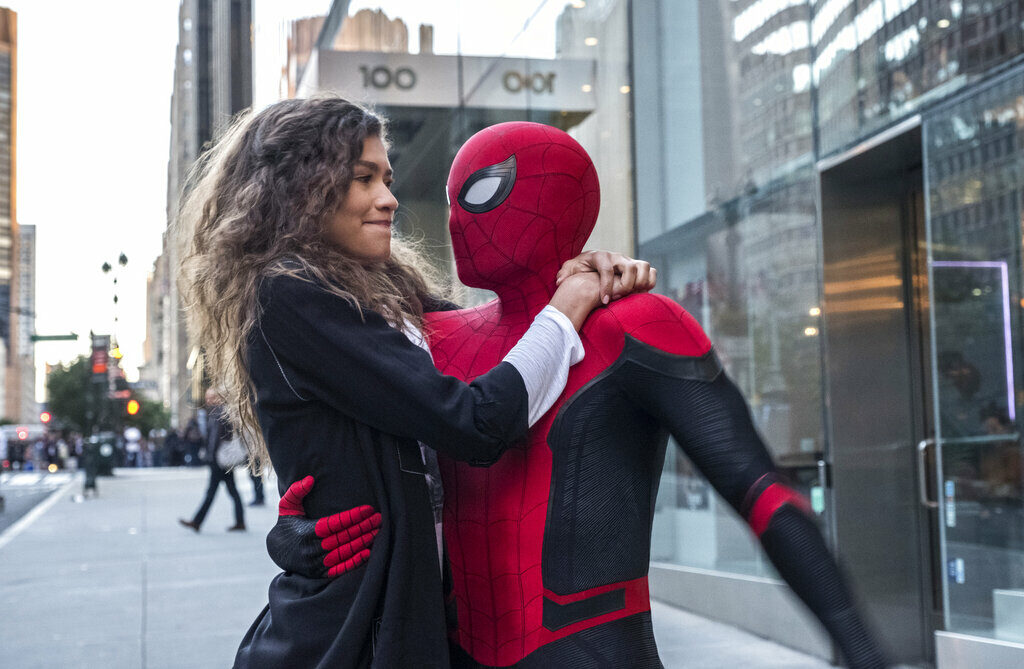 The events of this summer’s “Avengers: Endgame” drastically reset the Marvel Cinematic Universe, leaving the superhero franchise without some of its key players. In this brave new world, it’s up to Peter Parker/Spider-Man (Tom Holland) to pick up the pieces in “Spider-Man: Far From Home,” the 23rd film in the franchise and the last in its ambitious Phase 3.

The fun, globe-trotting romp pushes the MCU forward into new territory. The sequel to 2017’s “Spider-Man: Homecoming” sees the impressionable Peter leave the familiarity of his neighborhood for the exotic locales of Europe. A distraught Spidey must deal with a new threat, a new superhero and a new love in a setting that’s missing the comforts of his old one, including his trusted mentor. The game-changing flick leaves the post-“Endgame” MCU in the capable hands of Holland’s endearing Webslinger.

After the Avengers reversed Thanos’ Snap in “Endgame,” half of the world’s population who turned to dust reappeared, missing five years of their lives. Those who were resurrected in “the Blip” include Peter and his high school friends, who have remained the same age while other classmates have moved on. As the world copes after the Blip, the students are taking a class trip to Europe.

Peter, still grieving the loss of father figure Tony Stark/Iron Man (Robert Downey Jr.), intends to leave his hero-fighting antics at home while having fun abroad with his friend Ned (Jacob Batalon) and pursing a romance with the quirky MJ (Zendaya). But SHIELD boss Nick Fury (Samuel L. Jackson) calls on Spider-Man’s help with a new threat: the Elementals, a group of earth, water and air beings with a penchant for destruction.

Joining SHIELD to fight the Elementals is Quentin Beck/Mysterio (Jake Gyllenhaal), a superhero who claims to be from another Earth. Thanos’ Snap apparently ripped a hole between dimensions, revealing the existence of a multiverse. Trying to fill a different hole left by Tony’s death, Peter bonds with Beck. But when Peter learns there’s a bigger threat than he imagined, he must learn to rely on his own instincts while keeping his friends and the world safe.

As the first MCU film after “Endgame,” “Spider-Man: Far From Home” deftly juggles a lot of moving plates under director Jon Watts. The first half is a pleasant enough road trip flick as the action bounces around from Venice, Prague, Berlin, the Netherlands and London. But a reveal halfway through elevates the film to another level as its light-hearted tone gives way to more urgency. From this point on, the film progressively gets better, upping the ante with every scene.

As it doles out its revelations, “Far From Home” ties into past MCU films in surprising ways. Moviegoers should know by now to stay past the end credits – both post-credit scenes are vital to the telling of the story. The establishment of the multiverse opens multiple avenues for future stories in the franchise.

“Spider-Man: Far From Home” pulls out the stops for its special effects. The visuals are spectacular as Spider-Man shows off various new suits, the fishbowl helmet-wearing Mysterio shoots off green mists and the Elementals unleash their nature-infused carnage, including a dramatic sequence at a carnival. The action is more memorable than most of the set pieces in “Homecoming.”

In his fifth outing in the role, Holland shows he was born to play Peter Parker/Spider-Man. Holland brings a youthful enthusiasm that’s infectious to moviegoers. The expressive actor demonstrates Peter’s conflict as he finds himself torn between maintaining his life as a normal teenager and carrying on Tony’s legacy.

Peter’s relationship with Tony makes “Far From Home” the perfect movie to follow “Endgame.” Tony’s memory hovers over the film as Peter tries to find his place among the Avengers, pressured to become the “next Iron Man.” The movie explores Peter’s Spidey sense, playfully referred to as “Peter Tingle.” The Webslinger must learn to deal with his grief in order to home in on his instincts.

In Downey’s absence, Gyllenhaal’s complex Mysterio makes an outstanding addition to the MCU. As Quentin Beck, Gyllenhaal tows the line of being supportive of Peter while acting on his own agenda. He serves as the perfect foil to Fury, who dishes out tough love to Peter without Stark around.

As the world around Peter spins out of control, “Far From Home” relies on Spidey’s friends to keep him grounded. Peter’s burgeoning romance with the sharp MJ is sweet and organic. Holland and Zendaya have a lovely, easy chemistry. Batalon is ever-supportive as the goofy Ned. Jon Favreau returns in a small but pivotal role as Happy, Tony’s best friend who helps comfort Peter while nursing feelings for Aunt May (Marisa Tomei).

“Spider-Man: Far From Home” introduces moviegoers to a new normal for the MCU as the leading faces of the franchise change. The film’s ending charts a bold new course for the series. As Holland’s excellent take on the Webslinger catapults him to the top level of the MCU’s heroes, moviegoers can trust in Spider-Man to lead the way.