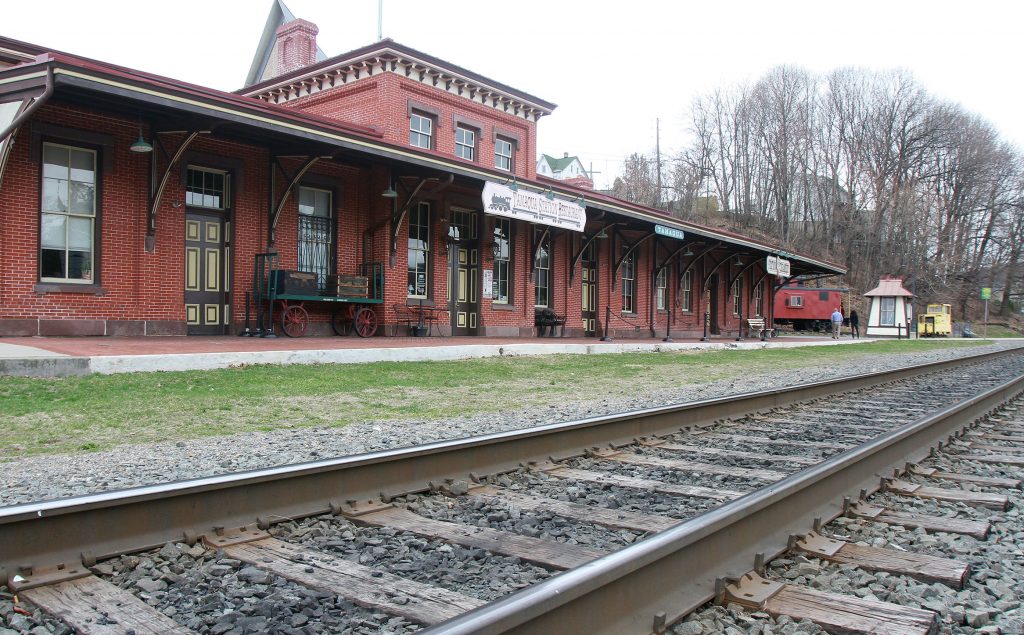 The Reading, Blue Mountain & Northern Railroad on Friday announced a joint project with the Borough of Tamaqua to build a new passenger platform at the borough’s 146-year-old train station.

The effort will “bring back passenger trains” to the station, according to a statement released by the railroad’s Port Clinton headquarters.

“Andy Muller Jr., CEO of the Reading & Northern Railroad, met with members of Tamaqua Council, state Senator David Argall and his staff this morning at the Tamaqua train station. Mr. Muller and family arrived by train to celebrate the event,” the statement read.

The platform in front of the station will be renovated and made safe and practical. Construction will begin in the spring, with the first train rides in time for Tamaqua’s Summerfest on June 21.

After Summerfest, the railroad plans several ride-and-dine trips from the new Reading Outer Station at 3501 Pottsville Pike, at the corner of Bellevue Avenue and Route 61 in Muhlenberg Twp., just north of Reading. From there, riding in rail diesel cars, the excursions will leave mid-afternoon and detrain at the new Tamaqua train station platform, where guests will dine at a local restaurant.

According to the railroad, the Santa Claus special train will return — dates to be announced — during the Christmas season. Santa train trips will depart the station at 10:30 a.m., 1:00 p.m. and 3:30 p.m. for the first Santa trains hosted by Tamaqua in more than two years.

“Obviously, we are very happy that the railroad is making this investment in the community,” David Mace, president of the Tamaqua Borough Council, said.

Mace and council members Brian Connely and Mark Linkevich were part of a borough committee that met with railroad officials on the project.

State Sen. David G. Argall, R-29, Rush Township, said, “Obviously, we are very pleased. Anytime you’re bringing visitors into a community, it is good news for the local restaurants and good news for the town. The people of Tamaqua were so excited when we saved the train station from demolition 20 years ago, and so it’s really exciting to see it become the hub of the community again.”

“They currently can’t unload passengers from the trains because of the uneven condition of the existing grade,” Mace said.

Jack Kulp, a well-known musician, community volunteer and past director of the Tamaqua Area Chamber of Commerce said, “I am thrilled to death by these plans to install the platform, and to have passenger excursions throughout the area. It is thanks to the efforts of Senator Argall and borough council, and to the forward thinking efforts of John and Mel Ross (owners of the Tamaqua Station Restaurant) that this project has come to fruition. I truly feel that Tamaqua is on the precipice of a successful rejuvenation, and the addition of this platform and the scheduling of the train excursions are icing on the cake.”

For more information on Tamaqua train rides and other future excursions, please visit the railroad at www.rbmnrr-passenger.com or call the passenger office at 610-562-2102.