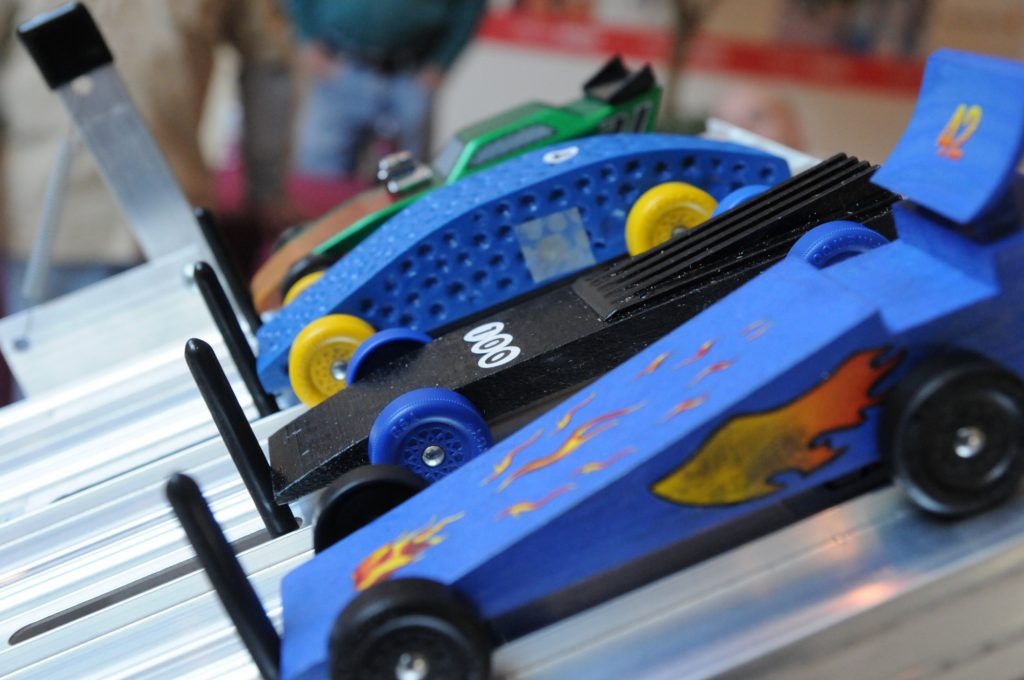 These race cars might not have roaring engines and incredible horsepower, but

Isaac Newton would surely be proud of their engineers.

The derby will test the wits and skills of the Scouts, as they try to come up with new and creative ways to increase the speed — and flare — of their cars.

The cars start out from a simple kit that includes a block of wood, four wheels and two axles, but Den Leader Kelly McHugh said she’s seen her fair share of interesting and nontraditional cars.

“It can look like whatever the boys want. I’ve seen non-cars, where it looks like other things. I’ve seen firetrucks. We’ve had the Batmobile a few times, your standard race cars, army trucks,” she said.

While some tools may require some help, how the cars turn out is purely up to the Scouts, McHugh said.

“The boys can paint them however they want, they can look whatever they look like and they can carve at it, and it’s recommended that they do it with the help of an adult. … some cars that come and you can see that someone has helped them with power tools, but ultimately it’s supposed to be the boys’ designs and they cut it, carve it, using age-appropriate tools to however they want it to look,” she said.

Although she didn’t go into specifics, McHugh said the cars must weigh no more than 5 ounces, and must meet height and width requirements.

She also said they’ve had some mishaps with specifications in the past that led to last-minute changes.

“One year, we had a Scout whose car, I guess, his dad weighed it at home … and here upon check-in, it weighed more than 5 ounces, and they had to drill the car apart, and they ended up with a Swiss cheese car,” she said.

McHugh said she recommends taking the cars to the post office to have them weighed to ensure accuracy.