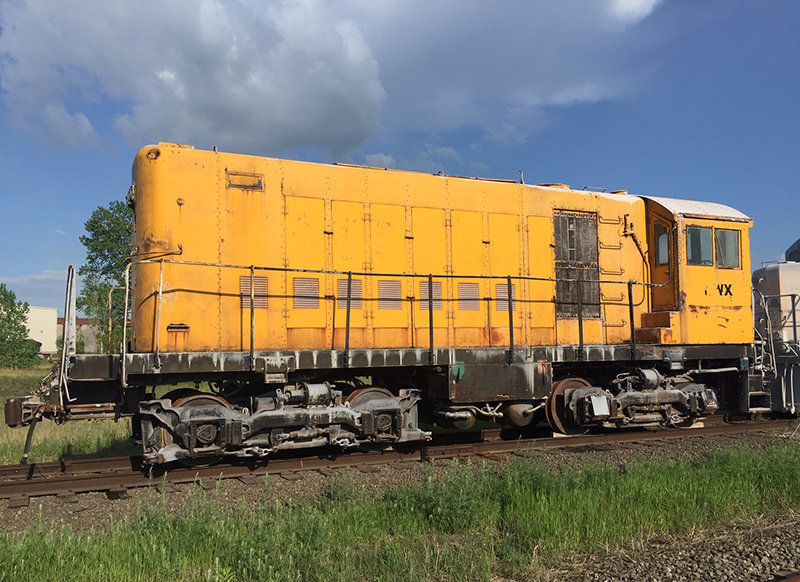 Piece of rail history on its way to Scranton

Even in the realm of old locomotives, Genesee Valley Transportation’s latest acquisition is something of a relic among relics.

The Lackawanna 409 switcher, which Delaware, Lackawanna & Western Railroad purchased new from the American Locomotive Co. in 1940, is one of the nation’s oldest Alco diesel locomotives.

It may also be the only Alco HH660 locomotive of its type still in existence that ever operated in a DL&W rail yard.
Genesee Valley, which operates the Delaware-Lackawanna Railroad in Northeast Pennsylvania, announced last month that it has acquired the 80-year-old switcher. The company plans to bring the locomotive to Scranton and restore it to its original identity as Lackawanna 409.

Charlie Monte Verde, GVT’s director of government affairs and planning, described the locomotive as a near-perfect fit for the company.

“It checks a couple of boxes for us,” he said.

Genesee Valley’s affinity for Alco locomotives dates to when the company was organizing in the mid-1980s, Monte Verde said. At that point, Alcos were readily available on the secondary market, as were parts, and there were efficiencies to be gained by using mostly just one make of locomotive.

As other railroads have turned to locomotives from other manufacturers, GVT has emerged as the world’s largest owner and operator of Alco locomotives, he said.

More recently, and certainly with the acquisition of the 409, the company has started to become “self-appointed preservationists” of the Alco lineage, Monte Verde said.

The acquisition of the 409 also reflects the strong interest of GVT’s owners, all of whom grew up around the DL&W in western New York, in preserving elements of that storied railroad, he said.

The 409 will be the third Lackawanna locomotive the company has obtained and brought to Scranton, he said. The 426 is on display at Steamtown National Historic Site, and the 959 is in the midst of restoration.

Norman Barrett, who is president of Steamtown’s Iron Horse Society and involved in a number of rail history preservation projects, said he heard probably a year ago that the 409 was being retired and hoped someone would step in to preserve it .
He was pleasantly surprised when GVT announced it had purchased the locomotive.

“It’s good for the area,” Barrett said. “We have a national rail museum in our backyard, and our local rail operator is a railfan and has purchased these things and is willing to show them once they are fixed up and operable. … It’s all good stuff.”

The 409 was most recently in service at a steel plant in Indiana, Monte Verde said.

It is not clear when it will arrive in Scranton, but it will go to GVT’s new maintenance facility in Green Ridge, where restoration will take place, he said. That work will include giving the locomotive a historically accurate paint scheme and preparing it “for at least some amount of regular use.”

Whether that is special occasion use only or use as a yard switcher is to be determined, he said.

Although the internet means few things worthy of saving escape the notice of would-be preservationists nowadays, it sometimes requires “a beautiful set of coincidences” for something like the Lackawanna 409 to survive for as long as it has, Monte Verde said.

“There’s always a patron saint somewhere in there,” he said. “Even if they weren’t using it, they took care of it or looked after it — a protector of one sort or another. That’s how something like this makes it through to 2020.”