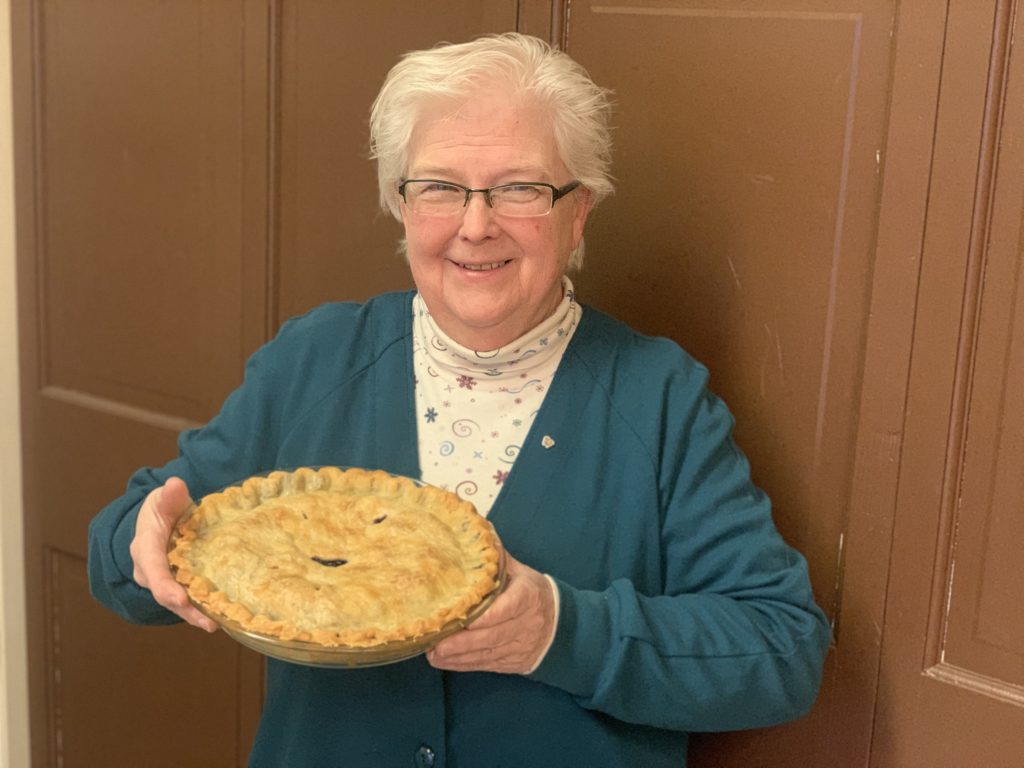 Pick from dozens of pies at Abington Christian Academy fundraiser

It’s never too early for pie.

Abington Christian Academy will host its annual “Pie for Breakfast” fundraiser on Saturday, Feb. 22, from 8:30 to 11:30 a.m. at Servant Church of the Abingtons, 204 South Abington Road, Clarks Green.

The event features all the pie guests can eat with more than three dozen types to choose from. There also will be breakfast casseroles, quiche and pizza plus coffee, tea, hot cocoa and more.

“We had people come that first year thinking they were getting just a slice of pie for their dessert,” said volunteer Louise Cator. “They were surprised when they realized the pie was their breakfast, and it’s been a hit ever since.”

“Pie for Breakfast” began several years ago when a committee — including Cator, who has been on the school’s staff and its board of directors over the years, and Shirley Gilpin, whose granddaughter attended the school — got together to plan a fundraiser for the school. Gilpin recalled a fundraiser in which her daughter participated in Vermont where they served different kinds of pie for breakfast.

“It seemed like such a fun idea, and I thought it would work here,” she said.

The idea was a hit, and it’s continued to grow every year and expand to offer any kind of pie one could want, including Gilpin’s Blueberry Pie. The recipe — which earned the school a $50 gift card to Riccardo’s Market, 1219 Wheeler Ave., Dunmore — originated from a cookbook, Gilpin surmised. Though, she put her own spin on it, adding tapioca and cutting back on the amount of sugar.

“I always end up giving it my own touches,” she said. “I just love to bake.”

It’s no surprise Gilpin is a skilled baker, considering how delicious the Blueberry Pie tasted. The berries were perfectly tart and sweet inside the flaky, warm crust.

The event will feature at least 30 kinds of pie, ranging from fruit variations like apple or lemon to more decadent options, such as Peanut Butter Pie and Boston Cream Pie.

There also will be sugar-free and gluten-free options.

Tickets cost $8 for adults and $4 for children ages 3 to 10. To-go options cost $5 for five slices of pie. Funds from the event benefit the school at 413 Layton Road, South Abington Twp., which contains children in grades pre-K3 through third grade. The school is small, Cator said, which helps give each child individual attention. Fundraisers keep with that mission as well as open up the school to the community. In addition to friends and neighbors, Cator said families of the school will come back year after year, even after the children move on.

“This is one of our most beloved fundraisers,” Cator said. “I always call it a ‘fun’-draiser,’ because it’s such a nice time.”

In another bowl, combine all crust ingredients and mix well. Form ball and cut in half. Roll out half of dough between 2 pieces of wax paper. Peel off top paper and flip into 8- or 9-inch pan.
Pour berries into shell and dot with butter. Top with other half of dough rolled out between the same wax paper. Put 4 or 5 slits in top of crust to let steam escape.
Take 3 strips of aluminum foil and crimp around edges, leaving it on during baking for 45 minutes. Bake at 350 F for 1 hour, 15 minutes, or until golden.

If you go
What: “Pie for Breakfast”
When: Saturday, Feb. 22, 8:30 to 11:30 a.m.
Where: Servant Church of the Abingtons, 204 South Abington Road, Clarks Green
Details: Tickets cost $8 for adults and $4 for children ages 3 to 10. To-go options cost $5 for five slices of pie. Proceeds benefit Abington Christian Academy.