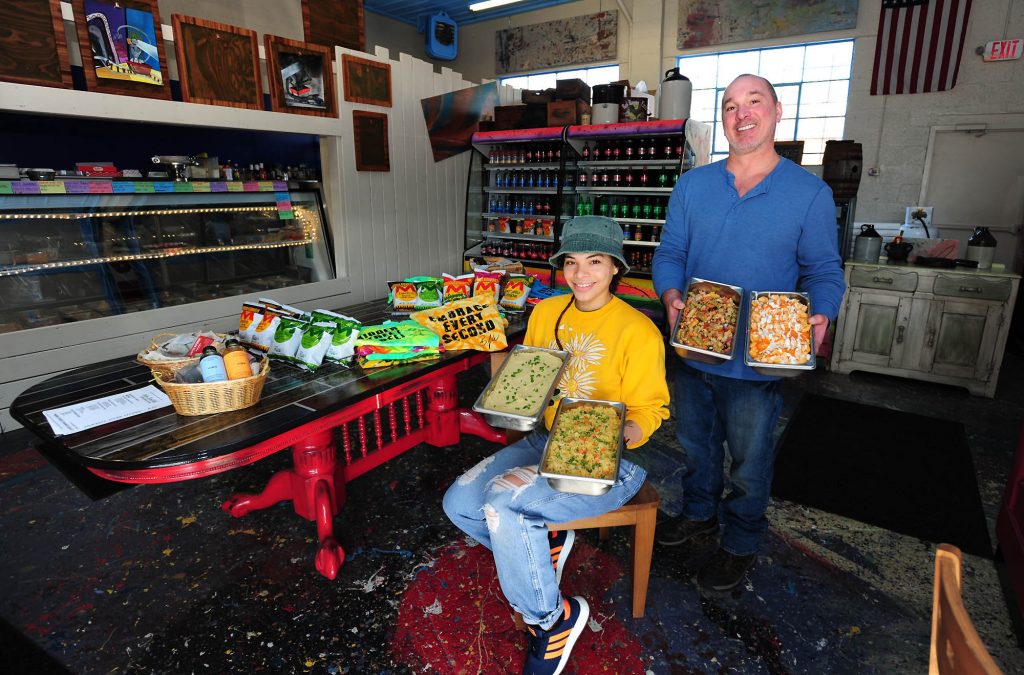 Bart Weidlich and his partner Anisa Mejia have transformed a former garage on Kidder Street into a colorful new deli.

They recently opened Kidder St. Deli at the site of the former John Herbert Auto Service Center at 800 Kidder St.

The little deli stands out among chains in the area for its artwork designed by artist Franks Christopher. The work features a colorful tree and flowers, a bright sun and a frog. The same artist also is known for his brightly colored artwork in Pittston and Luzerne as well as a building at 900 Rutter Ave. in Forty Fort.

The renovation has been underway for the last seven months. It’s not yet done but it’s still a “work in progress,” he said.

“I’m a poor guy from Pittston and I’m going up against multimillion-dollar companies so I needed to stand out somehow,” Weidlich said. “I needed to attract people to the property. I wanted something inviting. I wanted it to be happy, smiley, fun and colorful.”

While converting a garage into a restaurant was a huge task, Weidlich said it also has been a great experience. 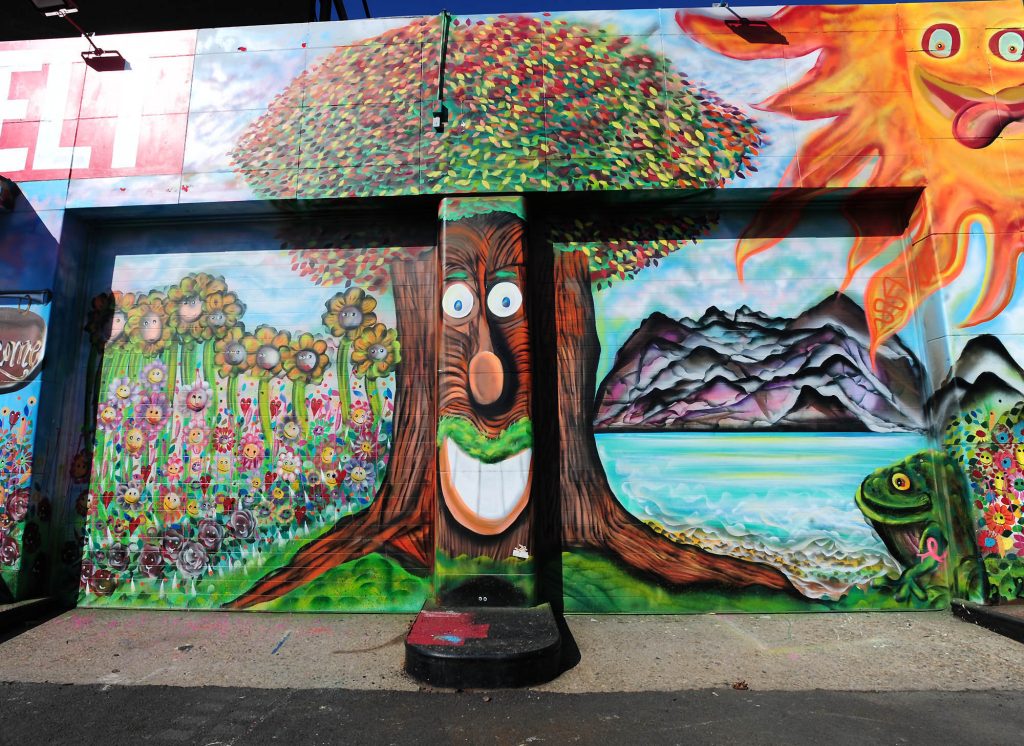 MARK MORAN / STAFF PHOTOGRAPHER
The Kidder St. Deli stands out among chains in the area for its artwork in the front designed by artist Franks Christopher featuring a colorful tree and flowers, a bright sun and a frog.

“I focus on holistic healing, too,” said Mejia, who is originally from Miami and now lives in Kingston. “My food is made fresh. Everything is from scratch. I’m trying to create something where people can come and taste food that they haven’t tasted.”

Weidlich also sells traditional Old Forge pizza like he sold at Sprinkles & Shakes as well as chicken wing mac and cheese called the “chicken mac attack.” He said he cannot keep it on the shelves. Soon, he will sell wood-fired pizza.

“The menu is going to be developing and changing every day,” Weidlich said. “We make a vegan eggplant and vegan lasagna. We do lentil meatballs and lentil patties. We do vegan soups and regular soups. We will have hot specials every day.”

When the weather gets warmer, Weidlich and Mejia said they will offer outdoor seating and entertainment. They have indoor seating and takeout and plan to offer delivery. He also plans to add a baker who will make desserts and others who will make artisan breads and different kinds of cheesecakes.

“We are doing things totally different than the chains,” Weidlich said. “Everything is fresh. It’s original.”