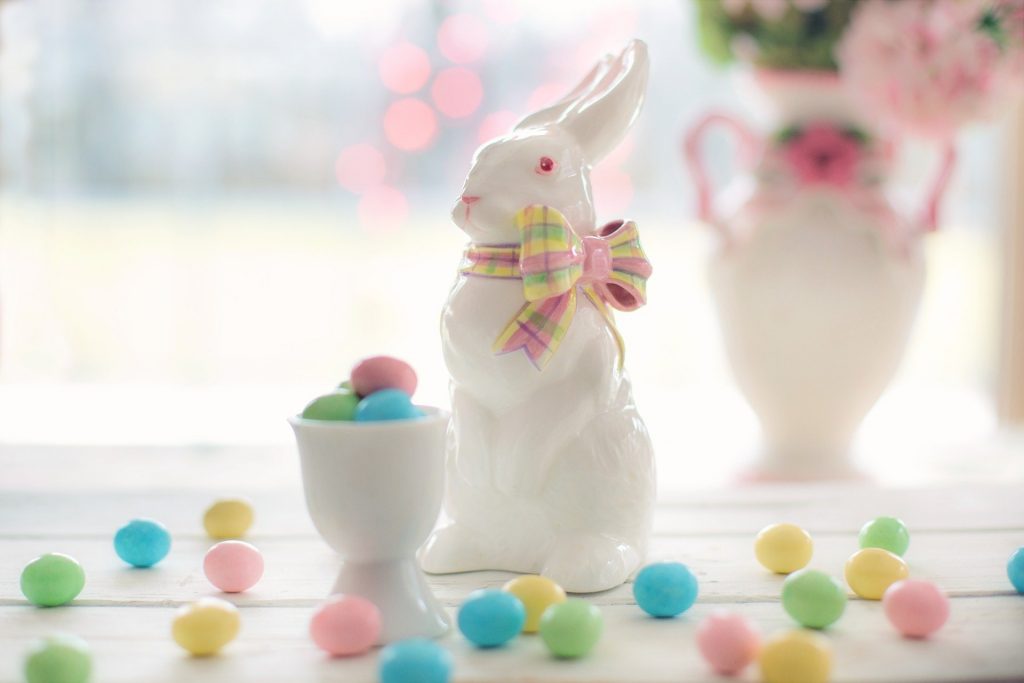 POTTSVILLE — St. Patrick’s Pottsville Area Soup Kitchen and Dustin’s Adventureland are gearing up to serve the county throughout the Easter weekend.

Jeffrey Dunkel, vice president of Dustin’s Adventureland, a nonprofit that is building a playground in Minersville for children of all abilities, will help deliver candy to 17 municipalities Friday and Saturday for the second year in a row.

Dunkel said he had the idea to deliver candy last year to make up for typical Easter events that had to be canceled.

“Last year was the first time we did it, and it went over really well,” Dunkel said. “It was two weeks after the pandemic started, so there was no visiting the Easter Bunny at all.”

On Tuesday, Dunkel said he had around 1,200 pounds of candy, which had either been donated or bought with monetary donations.

“Our sponsors really made it possible,” Dunkel said. “There’s been an amazing outpouring of support.”

Dunkel, who knows the Easter Bunny, said he will also be stopping at Shenandoah Senior Living Community to visit residents.

“The nursing home residents loved to see the Easter Bunny last year. … (He) walked around outside and went up to the windows to wave to them.”

Dunkel said the Easter Bunny will be escorted by firetrucks or police in each municipality as he was last year.

“In some places, like Ashland and Mahanoy City, it turned into block parties,” Dunkel said. “I never expected that.”

Even in the rain or cold, Dunkel said he is happy to do this for the community, especially during the pandemic.

“To see a smile on kids’ faces makes it well worth it, and to bring a sense of normalcy to the nursing home,” Dunkel said. “Whether you’re 3 or 83.”

On Sunday, the Pottsville Area Soup Kitchen will be serving meals at noon at the kitchen, as well as making deliveries, Terry Alexander, soup kitchen director, said.

“We are working with the Housing Authority to deliver ham and turkey meals to all the high-rises in Pottsville,” Alexander said.

Alexander said Koch’s Turkey Farm near Tamaqua donated boneless honey maple turkeys that will be cooked and delivered to residents of the high-rises.

Alexander will also be going along for the candy deliveries.