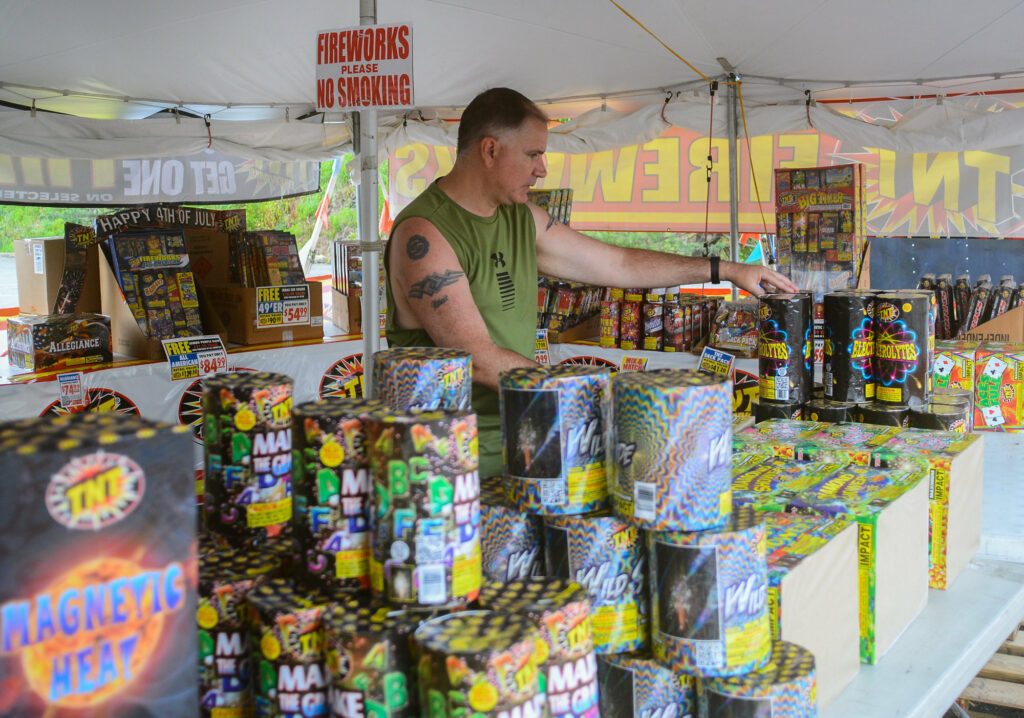 There is a tent at the Cressona Mall parking lot where people in search of the “big ones” can buy fireworks.

Steve Schaeffer, trustee of Schuylkill Hose Company No. 2, was at the tent Thursday waiting for customers. The fire company and North End, Pine Grove, are selling the fireworks.

“Thirty-five to 40% of the people are looking for the big ones,” Schaeffer said.

Consumer-grade airbone fireworks must be sold at stores licensed to sell them. These include bottle rockets and Roman candles.

However, the combination packs are in demand.

Named “Big Timer,” the fireworks are $159.99. Another combination pack called “Perfect Show” is a hit. Old time favorites such as sparklers and Pop-Its are also popular. Smoke balls, which give off colored smoke while spinning, are available.

Schaeffer said they average about 10 sales a day. He expects business to spark this week. 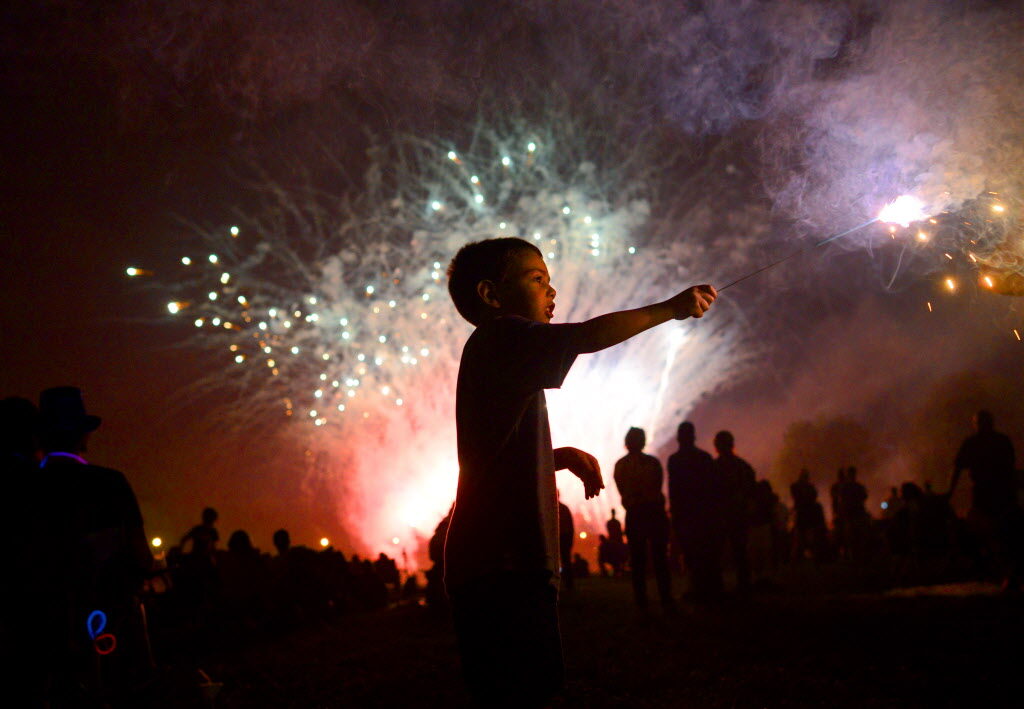 With the Independence Day holiday coming Thursday, county residents will no doubt want to celebrate with family and friends. That could include lighting fireworks that brighten the sky.

Practicing safety is essential to making sure everyone has a good time while observing the holiday.

Reed said he has heard fireworks going off at night recently.

The United States Consumer Product Safety Commission announced this month an estimated 9,100 fireworks-related injuries were treated in emergency rooms in 2018. Sixty-two percent of them occurred from June 22 through July 22. Firecrackers accounted for the most number of injuries. Five people died in 2018, although not all data is complied yet, the CPSC said.

Of those, three were “serious enough to be sent to the regional burn center in Lehigh Valley Hospital-Cedar Crest, one was treated locally and the last refused treatment or transport.”

“We understand that people want to celebrate Independence Day and celebrate it by using fireworks. All we ask is that they do it responsibly and take as many precautions as possible to enjoy the rockets red glare,” Moran said.

“Fireworks are not toys; they are inherently dangerous, and in most cases, their use should be left to professionals,” State Fire Commissioner Bruce Trego said in a statement.

Police respond to fireworks complaints after being dispatched by the Schuylkill County Communications Center.

“Most of the calls are when we get a complaint and we give that to the police,” Schuylkill County Communications Director Scott Krater said about firework related calls.

He estimated the communications center receives between 75 to 80 calls within a two-week time span, before and after July 4.

“The state law that allows this really resists their use,” Combs said.

“We did have calls in the past,” he said.

Those using fireworks should obey state laws and the laws in their municipalities, Combs and Trotter said.

“The safety is still the key issue here,” Combs said.