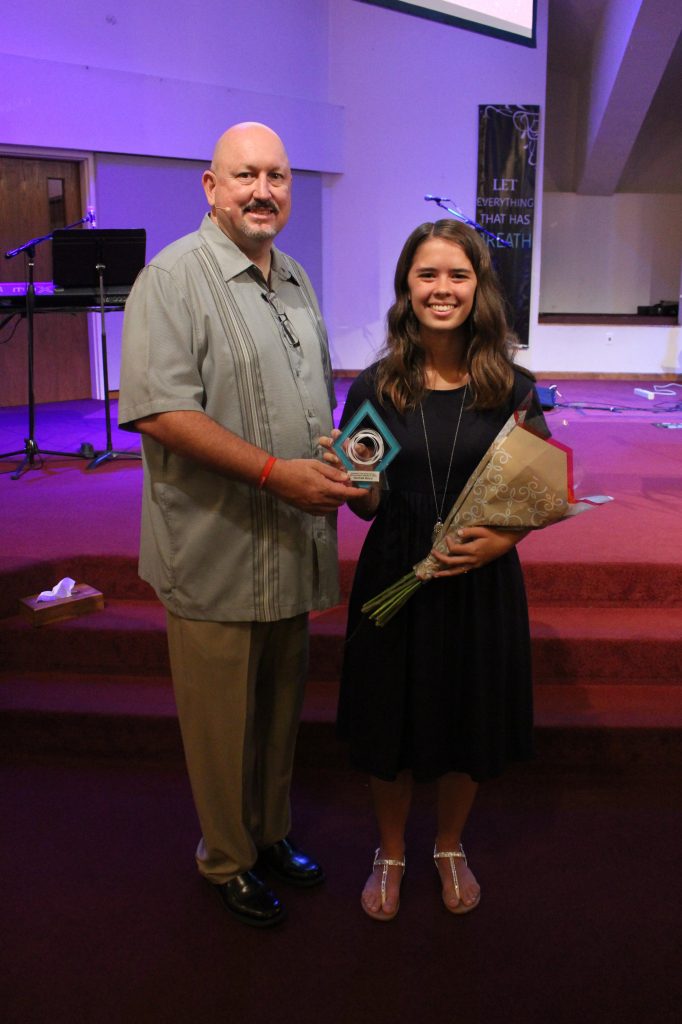 A Nescopeck Twp. teenager won a national award for a guitar solo at a competition in Orlando, Florida, this summer.

Hanna Harding, 17, performed a cover of “Colors” by Tobias Rauscher at the Assemblies of God 2019 National Fine Arts Festival, which was held from July 30 to Aug. 3, to win the National Award of Merit for Guitar Solo.

She advanced through three levels of competition to the national award, winning first at sectional level, which was held at her church, Faith Assembly of God in Hazle Twp., and then the district level, she said.

This is the fifth year that she competed and the fourth time advancing to the national level, Harding said. This was the second time that she performed nationally, as she attended last year’s event in Louisville, Kentucky. She was unable to attend the previous two national events, she said.

Harding said that she performed the same song previously, but added her own creative pieces for the competition. She went up against 30 other teens in the guitar solo category for the win. Harding was the only musician to receive a superior rating in her group, she said.

Students who are members of Assembly of God churches are eligible to compete and enter into any of the 82 categories available, including art, dance, drama, instrumental, writing, vocal, enterprise and communications divisions, she said.

Harding and her family were also able to take in some local attractions while in Orlando, including the Aquatica water park, Sea World and Busch Gardens.

“We had a lot of fun as a family,” she said, adding that one of the reasons she was able to compete was because they made it into a family vacation.

Harding, the daughter of Kevin and Vickie Harding, is the youth worship leader for CrossOver Youth Group at Faith Church and is homeschooled. She has been playing guitar for the past eight years.