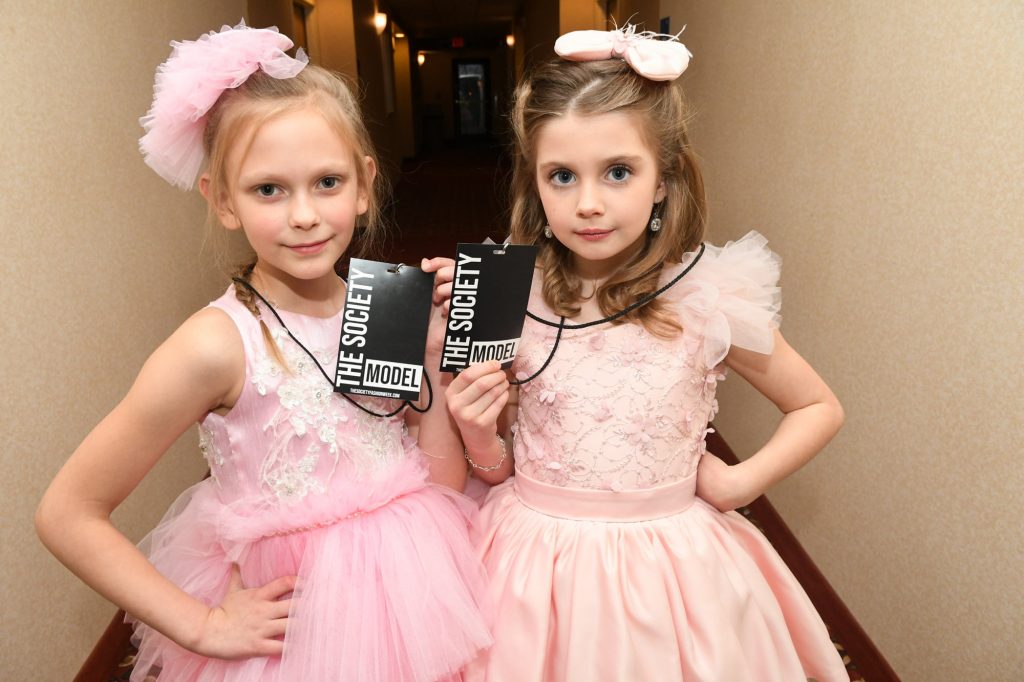 Two young Frackville girls enjoyed their walk along a runway in downtown New York City on Feb. 8 as part of the annual New York Fashion Week event and hope to return.

Payton Buchanan, 9, and Paige O’Neill, 7, are neighbors and friends, both attending North Schuylkill Elementary School. Both girls were chosen by fashion company Little Mademoiselle to model its fashions at a show in the Broad Street Ballroom, located in the heart of the city’s financial district.

How the girls became part of the fashion scene also has a local connection, according to Payton’s mother, Judi Buchanan.

“The designer went to North Schuylkill,” Buchanan said. “Her name is Valbona Sylaj Hasanaj and she is a 2008 graduate. I graduated in 2007. She got into the fashion industry right out of college.” 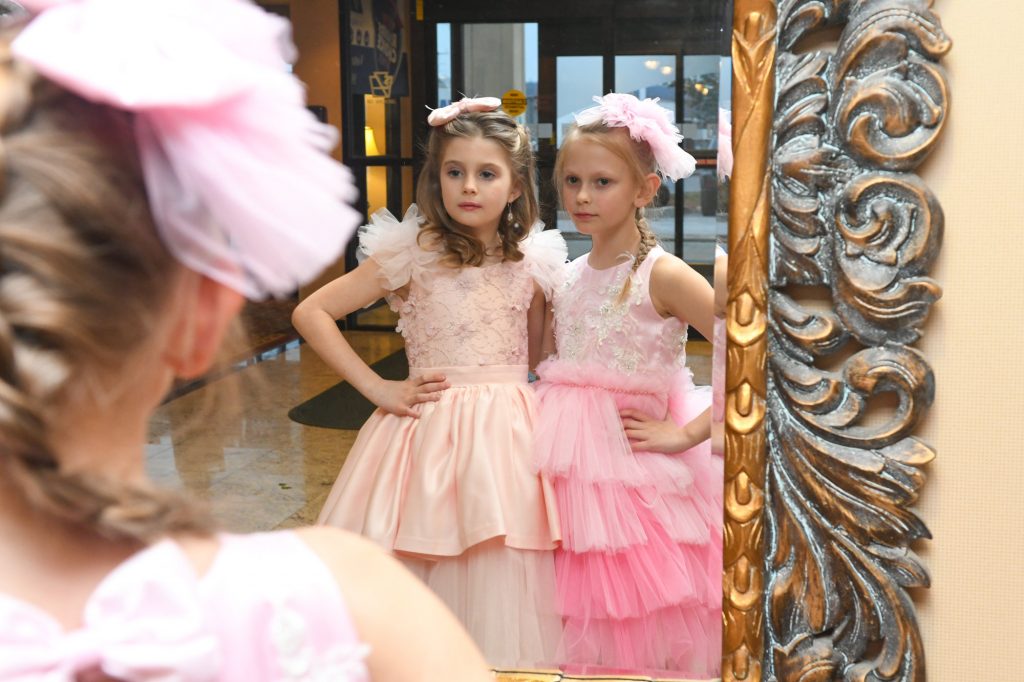 JACQUELINE DORMER / STAFF PHOTOGRAPHERPaige O’Neill, 7, left, and Payton Buchanan, 9, both of Frackville, pose for a photo in the mirror while they model their Little Mademoiselle dresses at the Holiday Inn Express and Suites in Frackville on Wednesday, Feb. 12.

Paige’s mother, Rebecca O’Neill, said some of the process in getting involved in such a wonderful opportunity.

“They have castings and auditions and we have to submit pictures of them and information,” O’Neill said. “They pick from the submissions.”

“I’ve kept in contact with her, and since she had a line in the fashion show, she asked me if Payton wanted to be in it,” Buchanan said. The age range to be part of the show is ages 3 to 12.

“It’s interesting since they (Payton and Paige) are both from this area,” O’Neill said. “Two Schuylkill County girls get to go to New York City for fashion week. That’s pretty neat.”

Buchanan said her daughter, Payton, was also chosen by another company.

“I submitted her (Paige) to five different companies,” O’Neill said. “We really like Val the designer, and since she is from this area, we thought it would be neat to go with her.”

Once chosen, the girls’ measurements were sent to the designer in November.

“She (Valbona) custom designs the dresses for the girls,” O’Neill said. “We didn’t even see the dresses until we got up there.”

The company website says about itself, “At Little Mademoiselle, we dream up and design signature dresses for young girls. Our dresses have the highest quality fabrics and are handcrafted with fine attention to detail.

“These gowns evoke the magic, beauty and wonder of a childhood fairytale princess. Girls that wear our dresses enjoy the special feelings that come with dressing well, being expressive and confident in their individual style.” 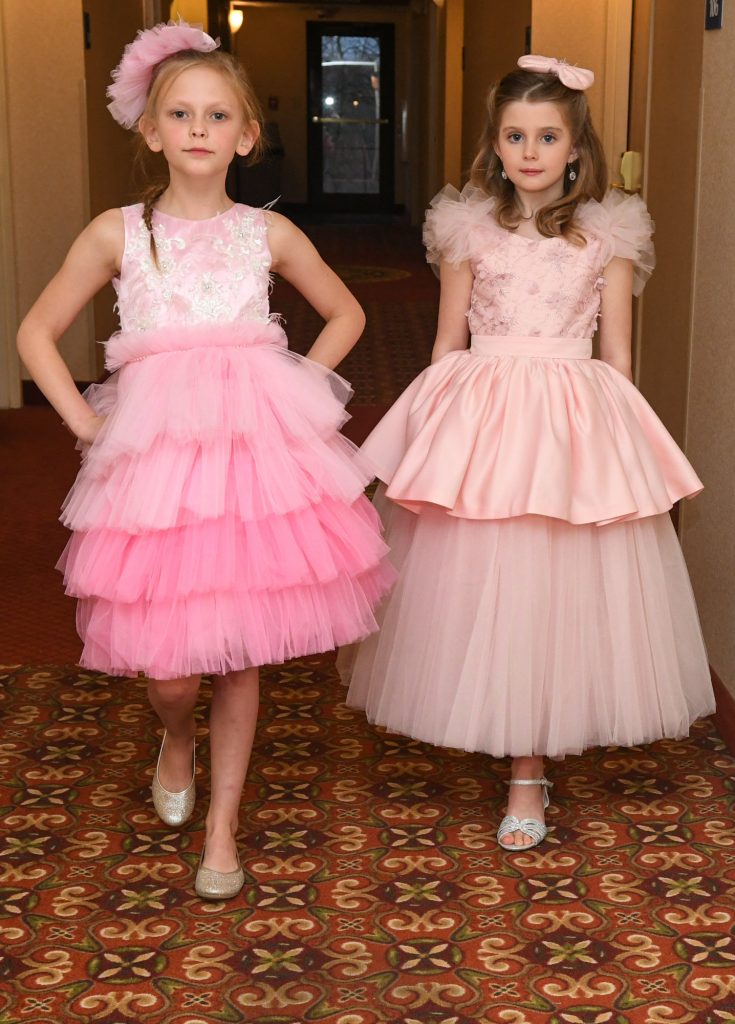 JACQUELINE DORMER / STAFF PHOTOGRAPHER
Payton Buchanan, 9, left, and Paige O’Neill, 7, both of Frackville, model their Little Mademoiselle dresses at the Holiday Inn Express and Suites in Frackville on Wednesday, Feb. 12.

When the girls arrived at the ballroom, they saw their dresses for the first time. They had their hair and makeup done, got some touchup, dressed and got into the line.

For Payton, this wasn’t her first trip down the runway. She also participated in a similar show in New York in September, along with another time last February for fashion week to make it three times.

The girls were allowed to keep their dresses, which they showed off during the interview earlier this week at the Holiday Inn Express near Frackville. They strutted up and down a hotel hallway together for photos.

When asked what she liked about doing the show, Payton said, “It was fun.”