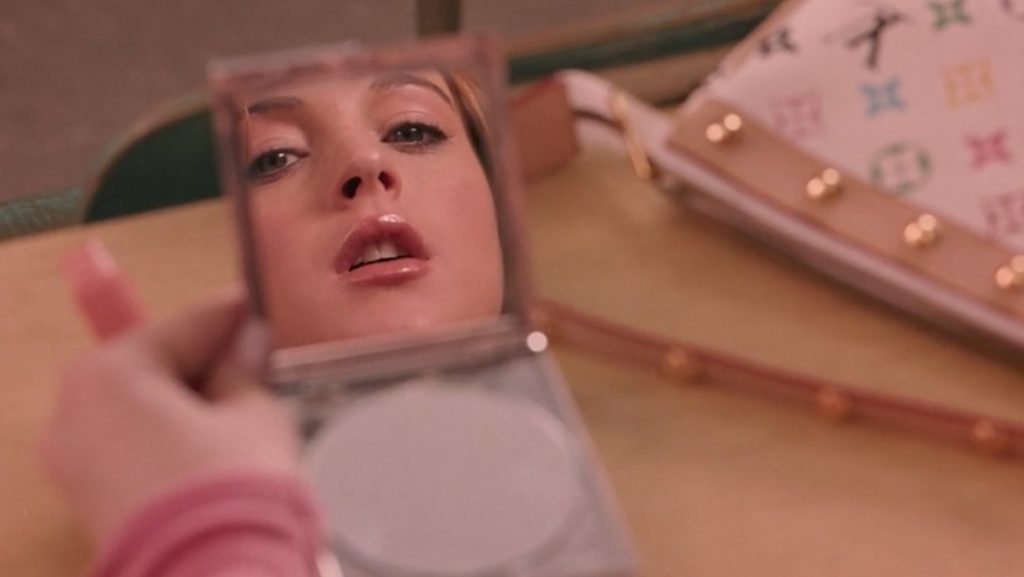 When I was a teenager, one of the worst ways you could be described was “high-maintenance.”

Being a high-maintenance girl meant you spent more time on your appearance than people thought you should. It also meant you were vain and vapid and had no substance. Think of every mean girl in film and TV, and there’s probably at least one scene of her checking out her reflection. Snow White’s Evil Queen literally had a magic mirror to update her on her beauty and, worse, her beauty compared to others.

The catch-22 was that even though caring about our appearance was considered a bad thing, we were always expected to look perfect.

Sometimes in teen magazines, they’d interview boys from around the country about what makes girls attractive. The No. 1 answer usually was some iteration of “I like natural girls.” However, “natural” didn’t mean “come as you are” — it meant “come as though you woke up like this, but cover up your acne, wax your upper lip, wear some blush so you don’t look sickly and disguise your undereye circles because otherwise, you look ‘tired’ (aka ‘like s—’).”

Infuriating, I know. Who cares that Kyle from Indiana hates when girls wear red lipstick? Deep down, we all felt like it was stupid, but we couldn’t escape it. So we went along with it. We still spent hours getting ready and spent money on makeup and nail appointments, but we never really talked about it, except to our closest friends. That’s because, whenever we said it out loud, some man in earshot would feel the need to comment on it. “Pssh, women,” was the usual vibe. I actually once heard a friend’s boyfriend say, “There hasn’t been one intelligent thing said during this whole conversation.” (Thankfully, they eventually broke up.)

This was the whole idea, though. Look effortless, but put in the most amount of effort a human possibly can to achieve it. And never talk about it in public unless you want to come off as a bimbo.

Before Emily Weiss founded brand beauty Glossier, she initially started a blog called Into the Gloss to offer a peek into the bathrooms and beauty routines of New York City’s most fabulous women. Emily said the first dozen women she spoke to declined at first, stating they were “really low-maintenance,” and it wasn’t until she started to ask about the more banal things (shampoo, conditioner, toothpaste, etc.) that these women would reveal that they did in fact have beauty routines, which directly tied into their self care and who they were at their core.

Throughout ITG, too, image-driven social media such as YouTube and Instagram gave way to a beauty boom, and the narrative started to change. Women started to make videos detailing their beauty routines, and it slowly moved from the more glamorous topics like what lipstick they loved to how they treated their acne or removed upper lip hair. Leading up to and after the 2016 election, we saw the self-care boom take over. People finally admitted that makeup and skin care products and routines were rituals that gave way to a clearer mind and lighter spirit. And we finally started to admit we did it for ourselves. It made us feel good. Who cares what anyone else thinks, let alone Kyle from Indiana?

We also started to see beyond one standard of beauty. It’s not about the blonde-haired, blue-eyed girl with perfect teeth and hair anymore but instead every skin tone, every hair texture and every body type. While drag is an artform, men’s makeup is no longer limited to drag performers. All kinds of men showed themselves applying makeup and shared tips. Trans and non-binary people also shared their relationships with beauty and, in turn, told their stories. If you log into TikTok or Instagram or watch YouTube, you’ll see hundreds of thousands of representations of beauty.

You’ll also see people embracing all the things my friends and I fought so hard to cover up as teenagers. People put glitter on their stretch marks, color their body hair or do full eye looks with a bare face to show off their acne.

Don’t get me wrong, I’m not saying things are perfect, because we still have a long way to go. Big changes still are needed as far as inclusivity and representation in beauty, but we’re moving in the right direction and can’t stop now. I’m proud, though, that younger generations will grow up with a larger, more accepting worldview of what beauty is and why it’s important to care for ourselves, whatever that may look like.