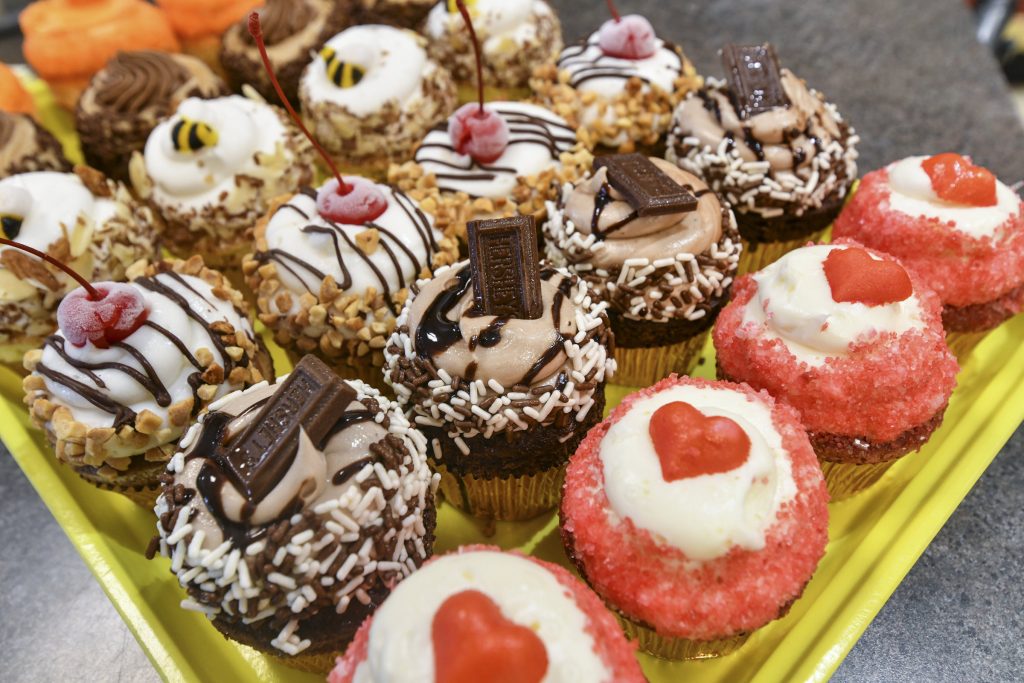 The shop, started by the Zakreski family 40 years ago, is a staple in the Minooka section of Scranton, at 3276 Birney Ave., around the border of the city and Moosic. From baptisms to weddings, graduations to retirements, and holiday specialties to daily orders, Minooka Pastry Shop has served generations of customers in the region.

On Aug. 24, the shop celebrated its four decades with a party filled with giveaways, prizes, familiar faces and new customers.

“You just get up every day and do the work. Day by day by day. Then you look up, and it’s 40 years later,” said Jane Zakreski, who founded the business with her late husband, Joseph, in 1979. “If you had told me we’d be here doing this, I wouldn’t have believed you.”
Today, the founder’s sons, Joseph Jr. and Robert Zakreski, own the shop and carry on the family tradition.

“It all started with a fryer and a table,” Robert Zakreski said during a recent afternoon inside the bakery, adding that none of the family members are formally trained bakers but rather self-taught. “Things really just evolved over time. It started with my dad’s idea and grew from there.”

The family patriarch was a pie salesman for South Scranton staple Mineo’s Pies, selling not only pies but also breakfast goods such as danish, muffins and doughnuts. When Mineo’s closed, Joseph Zakreski didn’t want to let his customers down and brought home an idea to his wife to begin making their own goodies to take on his route. Joseph Zakreski then found the perfect spot for the bakery on Birney Avenue, which had housed a movie theater and then a supermarket.

“My dad had a vision for what he wanted it to look like,” Robert Zakreski said. “He was able to see past what it was for what it could be.”

In the beginning, Minooka Pastry Shop was strictly wholesale. It was “a lot of trial-and-error,” Jane Zakreski said, though many of the recipes today remain in the shop. Some were her own coveted family recipes, including her Banana Cake that’s still a best-seller. The shop’s neighbors became curious about the delicious smells that came from the kitchen and started to knock on the back door to ask if they could buy the goodies.

“It was getting to be more and more frequent we had people coming to the door to try and buy what we were making,” Jane Zakreski said. “That’s when we realized maybe we could start selling directly to them.”

In 1981, Minooka Pastry Shop dove into retail and watched trends and changes to adapt its offerings. About 15 years ago, the bakery began to sell gluten-free options, and the shop’s white cupcake with white icing is gluten-free and dairy-free. With the advent of drive-through coffee shops such as Dunkin’ Donuts and in-store bakeries popping up all over, the Zakreskis stopped making doughnuts to focus more on desserts such as cookies, cakes, brownies, turnovers, pies and cupcakes.

Each season has a favorite, too. The bakery makes about 2,000 pies around Thanksgiving and 16,000 pounds of cookies during the holidays. It turns out about 15,000 Paczki — a Polish doughnut-like pastry filled with fruit — during Lent.

Though certain seasons were busy, business began to fade in the early 2000s, Robert Zakreski said. Big box stores and supermarkets made it easier for customers to pick up goodies instead of heading to a local bakery. Then, about 12 years ago, baking competition and reality television shows such as “Ace of Cakes” on Food Network and “Cake Boss” on TLC, revived the need for custom cakes. The Zakreksis immediately saw a rise in orders, from those wanting the perfect cake for their special occasion or a better price point for high-quality desserts. With the rise of Facebook and Instagram, customers could find a photo of anything they wanted, bring it into the shop and have it recreated.

“The need for custom cakes is what saved us,” Robert Zakreski said, also adding that technology allows for more efficiency including robotic baking machines and computerized ovens. “We took that and ran with it to meet that demand.”

In the early 2000s, Robert’s wife, Lisa, was responsible for getting the bakery into the digital age. With a background in teaching and a working knowledge of computers, Lisa Zakreski digitized everything, including the bakery’s point of sale system, inventory, supplies and recipes. She’s also responsible for the bakery’s website and social media marketing.

With a family business, all of the Zakreskis spent time in the bakery. While Robert Zakreski, his brother and their four sisters — Nancy, Jane, Christine and Tricia — all helped out at the shop while they were teenagers, the women took different career paths. Robert and Lisa Zakreski’s children — Alexander, Derek and Jared — also grew up around the business. The couple’s two older sons have moved away, but Jared, a senior at Holy Cross High School, works the counter on weekends and during busy seasons, though he plans to follow his brothers’ leads into a different career after graduation.

The shop also has non-family employees, too, across baking, decorating, finishing and counter staff. The heart of the business, though, remains the customers, who allow the bakery to be part of their milestones, the Zakreskis said.

Beyond the region, Minooka Pastry Shop ships nationwide and is in the running to be named Sweetest Bakery in America through an online contest that runs through Friday, Sept. 30. Voters can cast their ballots once a day per device at SweetestBakeryInAmerica.com or by texting SBA1057 to 474747. Three category prize winners will be announced from bakeries in each state and, if Minooka Pastry Shop wins, it gets bragging rights as well as more eyes on its mission to sweeten as many people’s lives as it can.

However, just being part of the culture of Northeast Pennsylvania is the icing on the cake.

“We’re grateful to the customers who allowed us to be part of their lives over the years,” Robert Zakreki said. “We always say, ‘It’s not a job, it’s a lifestyle.’ The hours and days are long, and you put everything you have into this. We wouldn’t do it if we didn’t love what we do.” 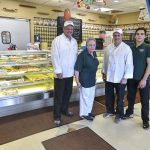 JASON FARMER / STAFF PHOTOGRAPHER The Zakreski family, including, from left, Joseph Jr., Jane, Robert and Jared, opened Minooka Pastry Shop in Scranton in 1979 after family patriarch the late Joseph Zakreski, came up with the idea. The bakery celebrates 40 years this month. 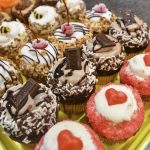 JASON FARMER / STAFF PHOTOGRAPHER Minooka Pastry Shop stocks its shelves with all kinds of fresh-baked treats, including cookies, cakes, brownies, turnovers, pies and speciality cupcakes, above, which it has served to generations of customers over the years. 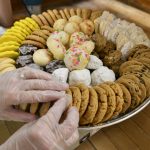 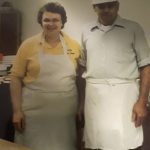 Minooka Pastry Shop is in the running to be named Sweetest Bakery in America through an online contest that runs through Friday, Sept. 30. Voters can cast their ballots once per day per device. Three category prize winners will be announced from bakeries in each state. To vote, visit SweetestBakeryInAmerica.com or text SBA1057 to 474747.