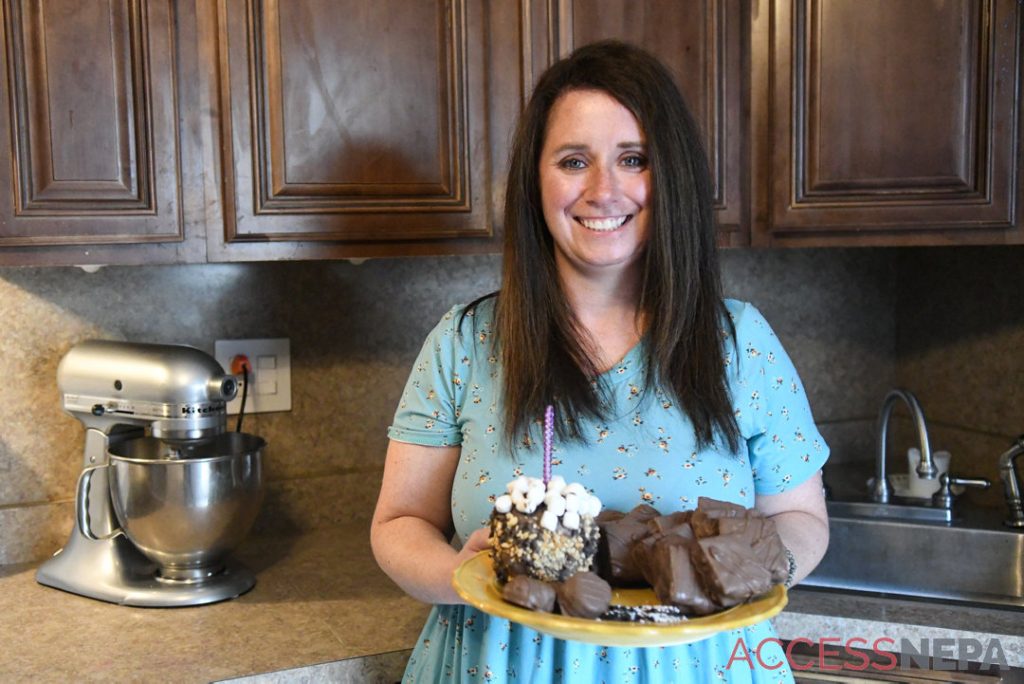 MINERSVILLE — Ever since she was young, Holly Chapman made candies.

“It was a tradition with my grandmother,” said the borough resident.

Today, as owner of Bea Anthony Confections, her candies, which are sold from her home on North Street, are in demand. Chapman, 39, and her grandmother, the late Carol DeAngelo, of Frackville, would make peanut rolls. Chapman originally began the business at the end of February to sell Easter candy.

But her candy proved popular.

“Everybody fell in love with my candy,” she said Monday at her home.

It was her aunt, Denise Becker, of Palmyra, who suggested selling them. Chapman thought she would be happy getting a total of five orders. But today, she gets calls twice a day for orders. She obtained licenses in March from the state Department of Agriculture to sell food out of her home and from the Minersville Department of Health certifying that she can safely operate a food business and that her kitchen is sanitary.

“I wanted a unique name,” she said.

In addition to peanut rolls, Chapman’s confections are club sandwiches, peanut butter delights, chocolate covered strawberries, chocolate truffles, brownies and chocolate covered Oreos. She also takes requests from customers. Chapman makes them for individuals, for groups and for any occasion. This weekend, she will have her first vendor show at Stoyer’s Dam in Schuylkill Haven.

The peanut rolls and club sandwiches are popular orders, but her favorite ones to make involve creativity. Some were made to look like Grogu, or Baby Yoda, the central character from “The Mandalorian” show; floral crosses; mermaids; and candies with the logo of Big Diamond Speedway.

The business is run from Chapman’s home, where customers pick up the candies. 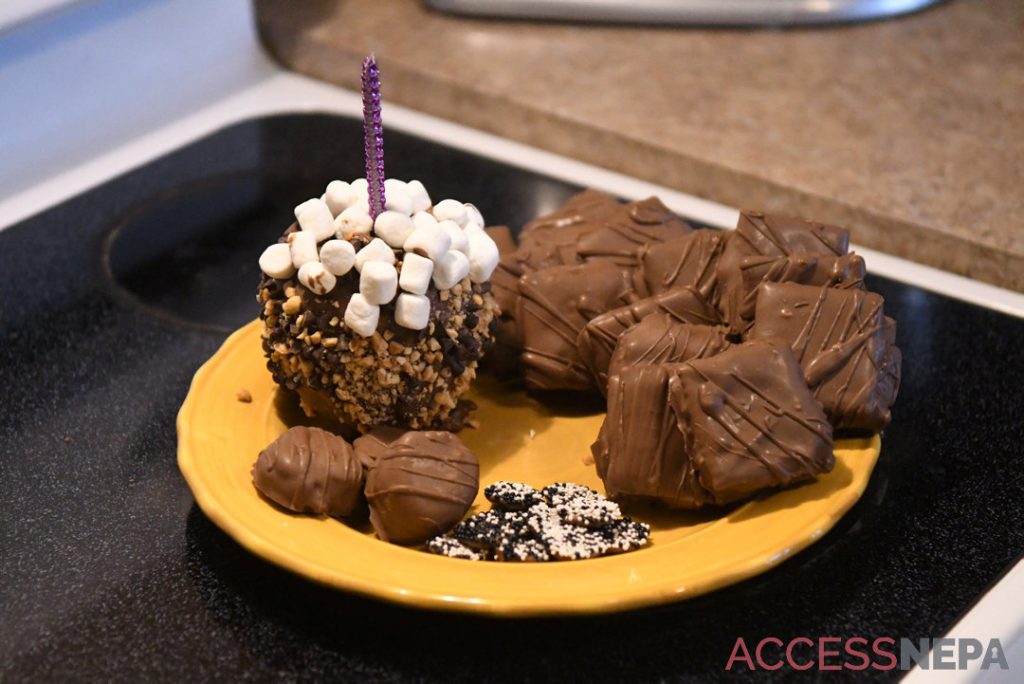 LINDSEY SHUEY / STAFF PHOTOGRAPHER
Sweet treats made by Holly Chapman, of Minersville, who runs Bea Anthony Confections out of her home.

Orders are made on the Bea Anthony Confections Facebook page or by calling 570-617-7068.

She doesn’t have immediate plans to open a storefront, but hopes to eventually open a seasonal store in either Cape May or Stone Harbor, New Jersey, with online orders still available.

Both shore towns are favorite vacation spots for her, and Chapman said she also likes that they are family oriented.

“It’s time I get to myself, away from everything, to be creative,” she said. “It’s relaxing.”

They also add something special to someone’s occasion, Chapman said, adding she likes the feedback she receives.

“Knowing I made someone happy,” she said.