Marywood University architecture professor Maria MacDonald is following in the footsteps of one of her hometown heroes, the late urbanist guru Jane Jacobs.

MacDonald, of Dunmore, recently was named the executive director of the Center for the Living City, a national nonprofit advocacy organization co-founded by Jacobs in 2005.

Jacobs — a Scranton native who grew up just over the border in Dunmore and later moved to New York City — became in the 1950s a prominent opponent of conventional urban renewal and a tireless advocate for the preservation of dynamic, tightknit neighborhoods. Her landmark 1961 book, “The Death and Life of Great American Cities,” redefined views of urban life and led to revolutionary changes in how urban planning is taught and practiced.

Considered one of the most influential authors on urban planning in the 20th century, Jacobs died in 2006, in Toronto.

To land the prestigious CLC post, MacDonald cited Scranton as a midsize city reinventing itself in ways Jacobs would have approved. Those include the repurposing of older buildings downtown and breathing new life from blight, specifically the ongoing conversion of the old Scranton Lace factory into a mixed-use residential complex.

“I used Scranton Lace as a perfect example of what Jane Jacobs would have been proud of, weaving it back into the fabric of that neighborhood,” MacDonald said.

Jacobs’ vision of city and neighborhood communities was shaped in part by her Scranton roots.

She was born Jane Butzner in 1916 in Scranton and her family moved from Green Ridge to neighboring Dunmore when she was 5. A graduate of the former Scranton Central High School, Butzner moved at 21 to New York City’s Greenwich Village and later married and wrote her groundbreaking book. 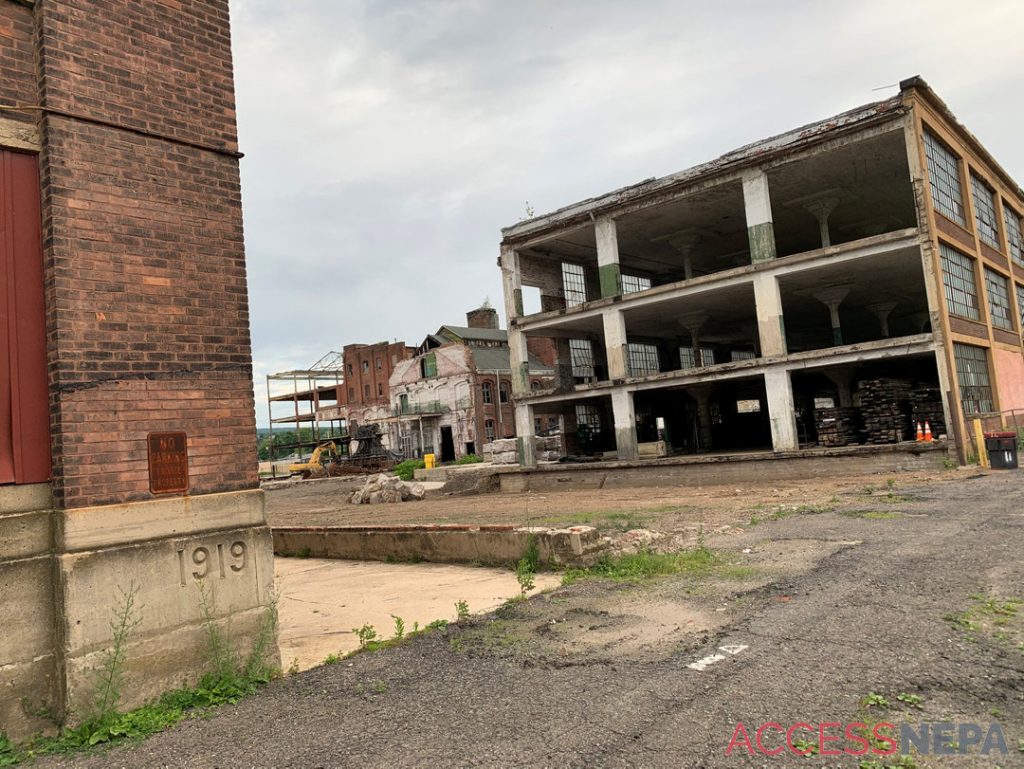 JIM LOCKWOOD/STAFF PHOTO
In securing the position of executive director of the nonprofit Center for the Living City, an advocacy organization founded by the noted, late urbanist and Scranton native Jane Jacobs, Marywood University professor Maria MacDonald cited the conversion of the old Scranton Lace factory site into a residential complex called Laceworks Village as an example of redevelopment that Jacobs would have approved.

Jacobs’ training for a writing career included working a year as a journalist in the early 1930s with the Scranton Republican, a precursor of the former Scranton Tribune. MacDonald believes Jacobs’ stint as a journalist helped her develop an observational concept of urban theory, involving “just looking at a community, the way it’s built, how people work together, what’s missing and what’s valuable, and working to improve it.”

MacDonald, 53, grew up in Dunmore in the same neighborhood as Jacobs, but only became aware of her while in college at the Rhode Island School of Design researching a thesis on reclaiming forgotten spaces in Scranton. A graduate in both architecture and interior architecture from RISD, MacDonald specializes in adaptive reuse, preservation and restoration — all areas close to Jacobs’ heart — and has been at Marywood for 21 years.

In 2005, MacDonald helped establish Marywood’s School of Architecture and remains director of its interior architecture program.

Last year, MacDonald helped author Glenna Lang research Jacobs’ past for Lang’s forthcoming book to be titled, “Jane Jacobs’ First City, Learning from Scranton, Pennsylvania.” The pair walked from Jacobs’ childhood home at 1712 Monroe Ave. in Dunmore to the former Scranton Central High School, now part of Lackawanna College, to get a feel for what Jacobs would have seen along the same route, including a former ballfield and coal breaker, both now long gone.

“You go from the neighborhoods through the fringe of the city, through an industrial area, and then break out into the downtown,” MacDonald said.

Upon learning of the CLC opening, MacDonald decided to apply. Viewing herself as an underdog against big-city applicants from all over the globe, MacDonald focused on Scranton as both the hometown of Jacobs and a prime example of a midsize city reinventing itself. 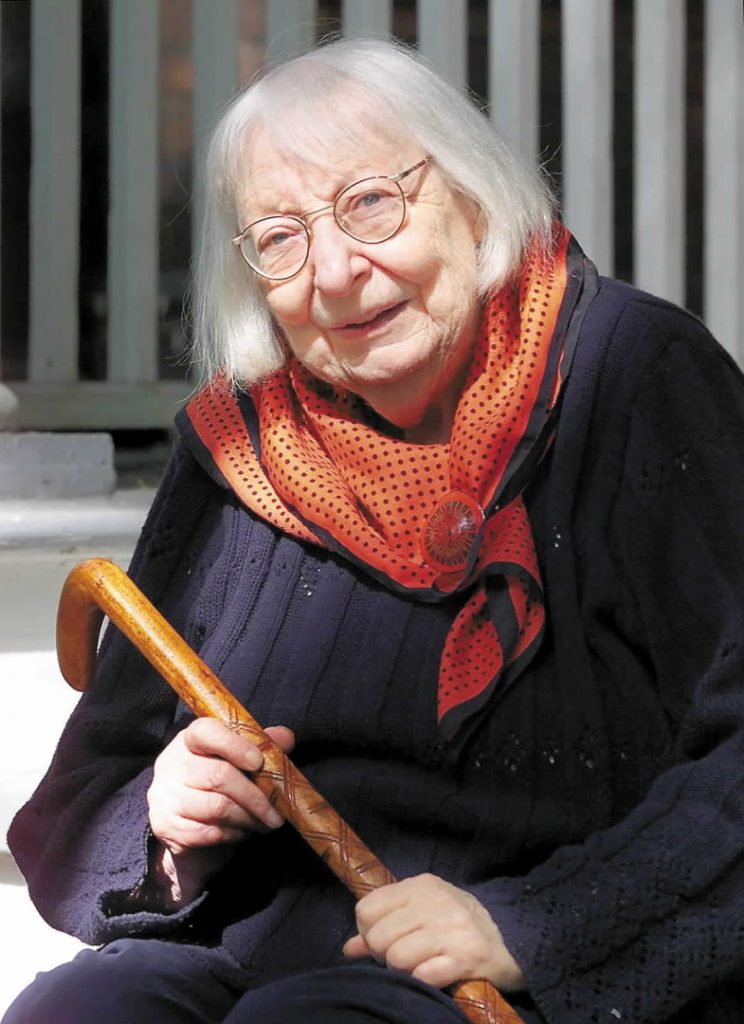 She also cited First Friday murals around Scranton as an example of weaving arts through the community.

“I said this is a living laboratory and an example of what a medium-size city is doing to bring itself back to life,” MacDonald said. “The more diversity and mix you have, the better a city will come back to life. We’re working to weave our past into the future.”

“From a strong field of applicants, Maria impressed all of us with her passion for Jane Jacobs’ ideals of community and neighborhood engagement, plus the power of observation. We were also impressed with her work building a school of architecture at Marywood, and that she’s helping a new generation of designers think holistically about cities,” board Chairwoman Mary Newsom said in a statement. “She makes me excited about visiting Scranton.”

The CLC describes itself as a global urbanist organization promoting social, environmental and economic justice. It believes that cities that are vibrant, adaptive and equitable are created by and for everyone; and it aims to invite all perspectives, particularly marginalized, to devise empathic, responsive and community-based solutions. As global urbanization accelerates, the organization’s mission is to inspire civic engagement and leadership, invite creative urban solutions and expand understanding of the ecology of cities.

The CLC directorship goes to the person, meaning it will now have a Scranton-area address.