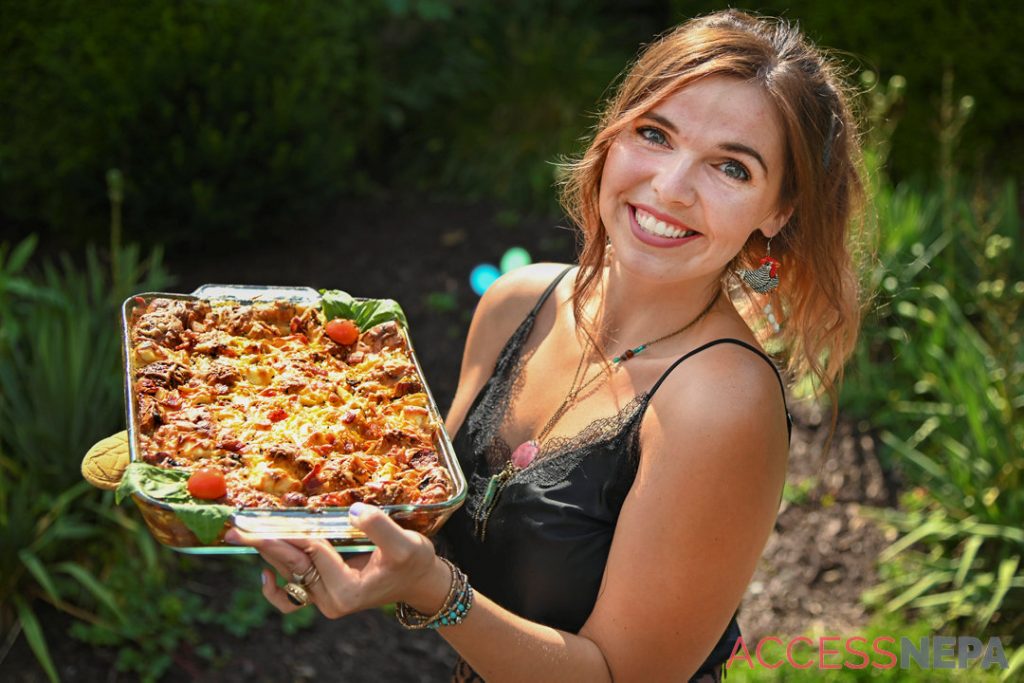 Let’s do brunch: Everything Bagel Bake a versatile morning dish

McKensie Curnow found herself with lots of spare time to work on her cooking during these past few months.

The Carbondale resident is a special-education teacher at Lakeland Junior-Senior High School, where she works with emotional support for grades nine to 12, and she and the rest of the district switched to remote learning in March. While she missed the day-to-day interaction with her students, Curnow always has been big into cooking, and the time at home prompted her to get even more creative in the kitchen.

As a lover of breakfast and brunch foods, Curnow wanted to try her hand at a brunch bake recipe from model, celebrity chef and Twitter queen, Chrissy Teigen’s, second cookbook, “Cravings: Hungry for More.”

“I tried it out, and I was happy it didn’t suck,” Curnow laughed on a recent day. “So I used that as kind of my inspiration and changed up some stuff and added my own flair to it.”

The Upvalley woman’s take on the Everything Bagel Breakfast Bake earned her a $50 grocery gift card to Riccardo’s Market, 1219 Wheeler Ave., Dunmore.

The recipe calls for sweet apple chicken sausage, bacon strips, spinach, chunks of everything bagels, Parmesan, Gruyere or Swiss, cheddar, cream cheese and more. The dish is incredibly versatile, and cooks can swap in whatever combination of breakfast meat, cheeses or veggies they’d like, Curnow said. They also can add more meat or make it vegetarian-friendly by doubling the amount of vegetables.

“If you’re a sucker for (a) sweet presentation, put some fresh basil and roasted tomatoes on top to really wow your (eventual) brunch guests,” she said. “Mimosas are also strongly encouraged.”

It’s no wonder that Curnow has taken to cooking, as she’s been inspired by almost her entire family, including her grandmothers, Jill Symanski and the late Judy Curnow; dad, Harry; and mom, Terri.

Curnow loves to cook dinner for her family, including her siblings Harry, Jordan and Jakob and her signifcant other, Christian Williams,who are her best taste-testers. They’ve reaped the benefits of her kitchen experiments, including Jamaican Lamb Chops, Banana Rice, Sesame Chicken, Prosciutto-wrapped Zucchini Bites, Caprese Salad, Baked Peaches and more.

While she can’t wait to get back to her love of teaching, she’s savoring the days she has left to try out new recipes. For Curnow, the journey to the finished dish is half the fun.

“It’s just my time to chill out and get my creativity flowing,” she said.