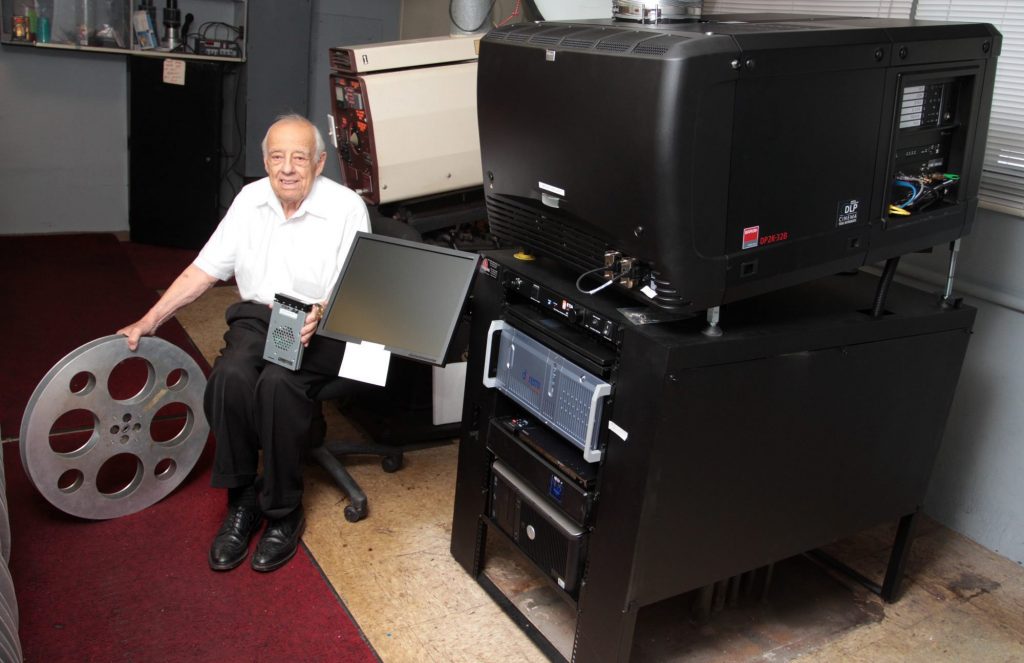 About a decade ago, Michael Delfino donated $1 million to the Greater Carbondale YMCA, but only if it kept the size of his contribution under wraps until his death.

Delfino purchased the theater in 1963 with his wife, the late Gwen Calabro Delfino. Michael Delfino was a showman, which drew him into the movie business, but when it came to philanthropy, he largely operated under the radar, aside from large donations to the YMCA and Marywood University, his nephew Joseph J. Calabro said.

He was generous, upbeat and loved to talk business, Durkin said, estimating he knew Delfino for 40 years. Whenever the two chatted, Delfino asked about the YMCA. 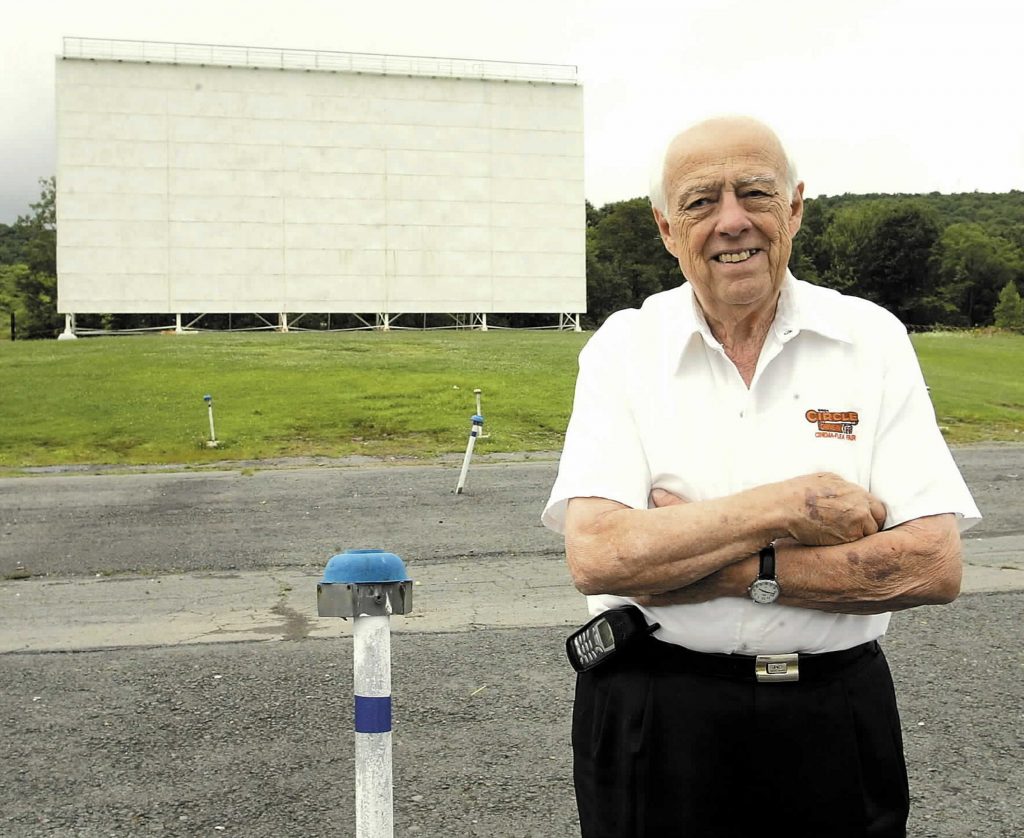 When the YMCA was in the midst of a $10 million campaign to raise funds to connect two buildings, doubling the YMCA’s square footage and adding a new lobby, pool and wellness center, among other amenities, Delfino walked into Durkin’s office with the vital million dollar donation.

“Nonchalant, as if he was saying he was going to give me a basketball,” Durkin said.

Delfino wanted to build a community pool for Carbondale’s children for years, but Calabro dissuaded him, pointing to the subsequent upkeep and staffing costs his donation wouldn’t cover. The YMCA’s project could be the perfect opportunity to have a pool operated by the best stewards available, Calabro recalled telling his uncle.

When his uncle offered Durkin the donation, he had two stipulations: He and his wife’s name go on the building, now known as the Michael and Gwen Calabro Delfino Center, and that the YMCA could not tell anyone how much he donated until after he died, Calabro said.

At Marywood, the Delfinos contributed to the university’s amphitheater, known as the Michael and Gwen Calabro Delfino ’47 Amphitheatre, said university President Sister Mary Persico, I.H.M., Ed.D. The university also offers a scholarship in the couple’s name.

The Delfinos also donated to the university’s chapel when it was undergoing renovations, and they supported the Sisters, Servants of the Immaculate Heart of Mary by contributing to the Our Lady of Peace Residence for elderly and sick sisters, she said.

“He and Gwen were very community-minded people, and they were really always trying to build up the people of Northeast Pennsylvania, and that’s why they reached out to so many organizations, especially organizations of people who did good work,” Persico said, calling them “very visionary.”

Calabro described his uncle as “a larger than life human being who was quintessentially positive.”

“He would look at any situation and come up with a positive way to affect what needed to be done,” he said. 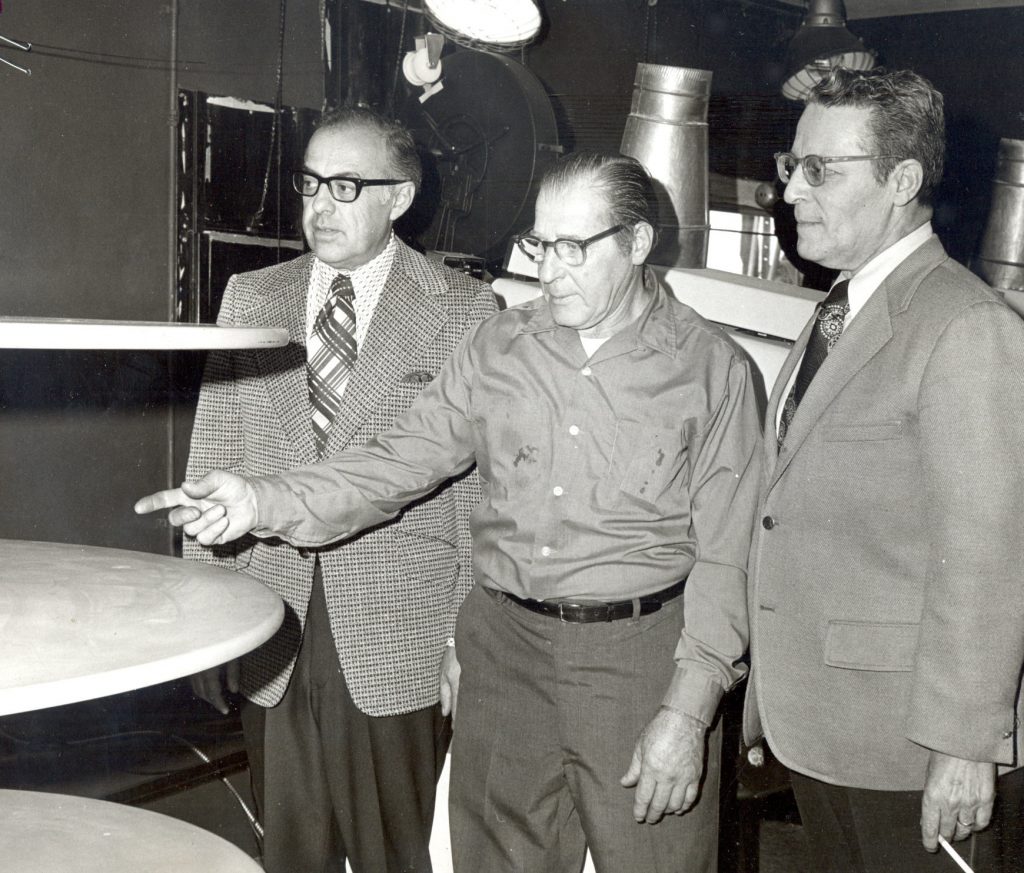 ‘That was his life’

The drive-in industry was his uncle’s lifeblood, Calabro said. Delfino attended every theater convention, traveling the country with his wife and friends from the industry. He memorized every actor and actress, the movies they starred in, movie release dates and directors.

Watching the Academy Awards was one of the biggest nights of the year for Delfino. He’d write down the names of the Oscar-winning movies and immediately call his booker, trying to get the films for his theater, Calabro said.

Ray Tonkin, the Pike County district attorney, was about 5 years old when he first met Delfino, who had befriended his grandfather, a fellow drive-in theater owner. Delfino was hardworking and outgoing, he said.

“He worked two jobs basically for most of his life,” he said. “He told a very good story and was fiercely interested in the drive-in movie theater business. Even at a time when the production companies were shunning drive-in theaters, Mike was always fighting for drive-in theaters.”

A staunch advocate for the theaters, Delfino fought for the movie industry to allow drive-in theaters to receive new movies the same day as indoor theaters, Calabro said.

In addition to operating the Circle Drive-In, Delfino and his wife opened the Circle Flea Fair in the 1970s, growing it from five vendors on its opening day to hundreds of vendors and thousands of buyers, Calabro said.

At 90 years old, Delfino was bored and decided to open the Circle of Screams Halloween attraction. When he was 93 or 94, he added a second screen to his beloved theater.

“That was his life,” Calabro said. “When his wife passed six years ago, who he had been married to for over 60 years, he was heartbroken. He then threw himself in even more, so that he could keep himself busy.”

Carbondale Mayor Justin Taylor remembers seeing Delfino working in his office at Salem Avenue and River Street, still at his desk at 9, 10 and even 11 p.m. Both Taylor and Durkin reminisced about the old-fashioned Mickey Mouse phone Delfino kept on his desk.

“He was just a staple of the downtown community,” Taylor said. “Everybody knew Mike as the drive-in guy.”

Delfino’s death is a significant loss to the Carbondale community, Taylor said, recalling advice he received from the philanthropist that ranged from when he should wear a certain tie to career advice.

“People will surely miss that, as I will,” Taylor said.

For Calabro, one of his uncle’s most poignant bits of advice was, “If you love what you’re doing for a living, you’ve never worked a day in your life,” Calabro said.

And his uncle absolutely loved what he did.