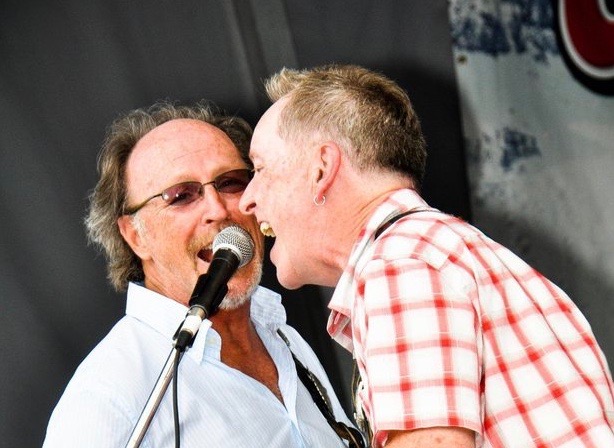 Famed musician, songwriter and producer Jerry Hludzik, best known for bands such as Dakota and the Buoys, died on Sunday, April 12, after a battle with early-onset dementia.

Hludzik grew up in Jeddo, and the bassist and singer began performing and writing music in his early teens. He formed his first band, the Odd Powers in nearby Freeland, and later joined legendary Hazleton-area bands, Happiness and Moses. After graduating from M. M. I. Preparatory School in 1969, he went on to Luzerne County Community College, where he met Bill Kelly and joined psychedelic/progressive rock group, the Buoys. The band’s best-known song “Timothy,” hit the Billboard Top 40 at no. 17 in April 1971. Its follow-up single “Give Up Your Guns” also made the Billboard Top 100, before the group disbanded in the mid-’70s.

After the Buoys, Hludzik went on to form the Jerry Kelly Band and Dakota, both with Kelly. The groups enjoyed success and even included a tour with Queen. After the partners split in the mid-’80s, Hludzik continued to write songs and was signed to MCA Music Publishing in Nashville as a songwriter.

He continued to record and perform live as a solo artist and with Dakota, along with his son Eli Hludzik on drums until his illness.

After Hludzik was diagnosed frontotemporal dementia — which primarily impacts the frontal and temporal lobes of the brain, affecting aspects such as decision-making, memory, behavioral control and emotions — Kelly, along with Hludzik’s son, organized Jammin’ for Jerry in 2018. The benefit concert, held at Genetti Hotel and Conference Center, Wilkes-Barre, was as a way to not only help Hludzik with his mounting medical bills, but also celebrate him and his contributions to the local and national music scenes.

Members of Dakota and the Buoys reunited for the show in front of more than 1,000 people. Rock and Roll Hall of Famer Danny Seraphine, the former drummer of Chicago who signed Hludzik and Kelly to CBS/Epic Records in the 1970s, also made a special appearance.

A GoFundMe for the Jerry Hludzik Memorial Songwriter Fund was started to “give assistance to songwriters needing access to funds, allowing them to fulfill their aspirations to be the artists they dream to be,” the fundraiser states. 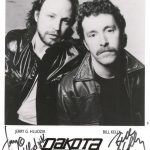 Jerry Hludzik, left, and Bill Kelly of Dakota in 1984. SPECIAL TO THE TIMES-TRIBUNE 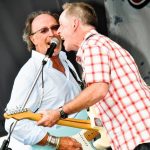 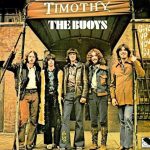 The cover of the Buoys’ album which contained the hit single, “Timothy.” On the cover, from left, are Jerry Hludzik, Chris Hanlon, Fran Brozena, Bill Kelly and Carl Siracuse.