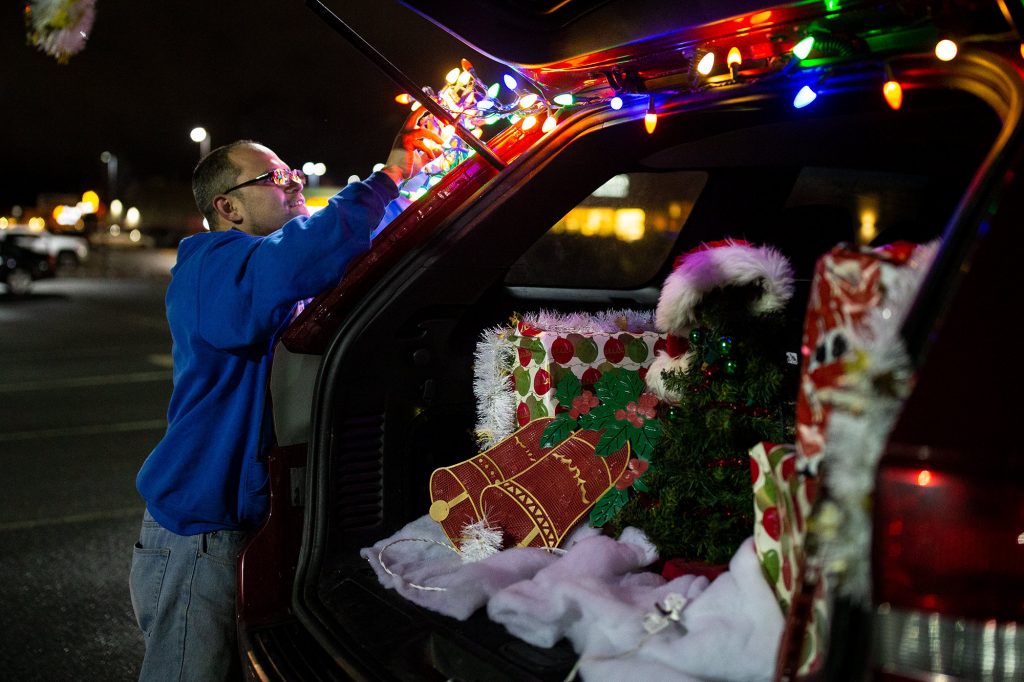 When roads are nearly impassable from snow and ice, engines roar to life as members of 570 Jeeps jump into action.

The idea came about when Doyle and a friend were working on one of their Jeeps and saw a YouTube video about a Jeep club in Tennessee that did disaster and emergency relief.

The strike team has been around since 570 Jeeps’ inception in April 2018, but it was limited to a select few members, he said. They opened the team to general membership in October, but to participate, vehicles have to be “capable and safe,” Doyle said. That means being insured, inspected and registered. He also tells members to drive carefully and go slow when driving passengers in snowstorms, since getting into an accident would defeat the purpose.

Doyle, who drives a lifted 2018 Jeep Wrangler, said his group has more than 500 active members throughout the 570 area code with some out-of-state membership. There are around 100 members on the strike team.

During the area’s first real storm of the winter in the beginning of the month, which left roads covered in snow and ice, the team got seven people to work safely, including at least one operating room nurse at Moses Taylor Hospital in downtown Scranton and two nurses at Allied Services Skilled Nursing and Rehabilitation Center on Smallacombe Drive in Scranton, Doyle said.

Assembling the team is a last resort, he said.

Jim Brogna, vice president of Allied Services, praised the Jeep group for turning their passion into a way of helping others. He called it extraordinary that they want to make a difference in people’s lives by getting nurses and care workers to their job.

“It’s nice to see a group like this that, as volunteers, pitch in and make a difference,” he said.

It’s essential for nurses to get to work, Brogna said. When nurses can’t make it in because of the weather, it means their colleagues could have to stay and work an additional shift. It’s also upsetting for the snowed-in employees to burden their colleagues, Brogna said.

At its campus off of the Morgan Highway, Allied has about 340 nursing home residents and several hundred other people that need around-the-clock care, Brogna said.

“In some cases, these are life or death because we need the nurses there,” he said.

He also lauded the nurses and their dedication for seeking out a way to get to work.

“I don’t think it’s something that should be taken for granted,” he said. “We’ll be calling the Jeep group again.”

In addition, 570 Jeeps members also participate in numerous other charitable events, including food and toy collections, events to benefit veterans and first responders, funeral escorts and homecoming escorts for veterans and first responders, Doyle said. They also keep Marshwood Road in Throop clean as part of the Adopt a Highway program, and they have helped clean up old mine sites, he said.

“We’re actually making a difference,” Doyle said. “We’re not just off in the woods off-roading and stuff. We actually come together and help the community.”

First responders and essential health care personnel who need a way to get to work in bad weather can contact the group 570 Jeeps by messaging them on Facebook at facebook.com/570Jeeps, or emailing them at 570jeeps@gmail.com. Messages need to include name, occupation, pickup location and time, drop-off location and a contact number.